Dying Billionaire Transfers His Mind to a Young Body 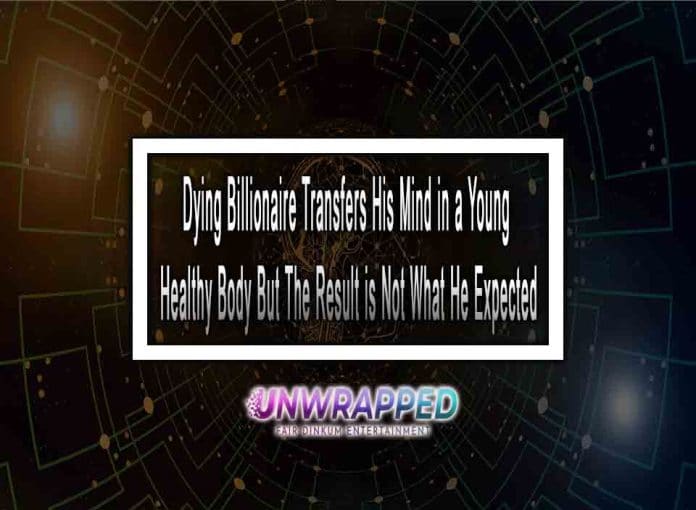 Damian Hale (Ben Kingsley) is a mega-rich New York businessman who appears to have chosen one day out of boredom to cover his whole lavish mansion with gold. Unfortunately, no amount of money will be able to treat the sickness that is killing him, nor will it be able to reunite a bitter father with his separated daughter (Michelle Dockery). Hale is handed an intriguing business card that promises him a future that his body is incapable of providing. He meets with Albright (Matthew Goode), a blatantly evil scientist/CEO who tells Hale about “shedding,” a process that allows someone to dump their damaged body in exchange for a new, genetically generated one for only $250 million. Hale agrees to take part.

Hale awakens in the body of Ryan Reynolds after going through an aesthetically uninteresting procedure (and this is when you start to question why Tarsem didn’t make alternative aesthetic choices, and not for the first time). He’s been given a new name, Edward, and moved to New Orleans, where life looks to be precisely what he desired. He drives a fast automobile, plays basketball, and even meets new people (Derek Luke). The only catch is that Edward must take a small red tablet every day at the same time or risk hallucinations, headaches, and possibly death. Edward gets a detailed hallucination that seems more like a flashback after missing just one pill and realises that this body was not developed in a lab.

It belongs to a family guy who gave up his life to pay for therapies that would save his daughter’s life. He discovers Edward’s family, including an unexpectedly surprised wife played by Natalie Martinez, and learns the truth about his new life, which Albright and his suited buddies would go to any length to keep hidden.

Stay Connected
52,648FansLike
5,673FollowersFollow
829FollowersFollow
Previous article80 Mins Exam, But The Test Paper Is Blank, What Happens Next Is Disturbing
Next articleEverything on the Plane Starts to Freeze, and Something Strange Happens to the Passengers