What Medical Condition Does Peter Dutton Have? 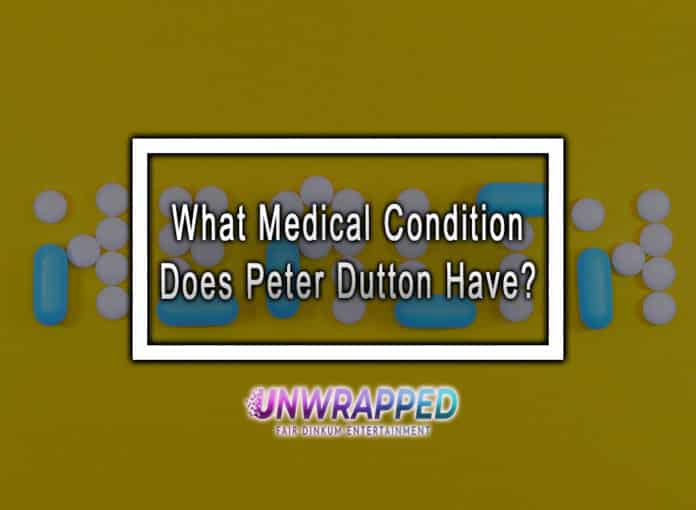 Lately, news has been spinning around regarding Liberal Party leader Peter Dutton and his current state of health. A snide remark from current Labor MP Tanya Plibersek forced Mr. Dutton to defend his looks and reveal some surprising revelations regarding his condition.

It’s time we look into his statement regarding the comments made at his expense and how a history of alopecia has affected him. We’ll also take a deeper dive into the man’s view into the future of the Liberal Party as a new runner in the race for leadership.

Peter Dutton, a focused and dedicated politician from his time as the former defense minister, is painting himself in a new light. The race for the position of Prime Minister, in his own words, requires someone who won’t “buckle in hard time” while they’re standing up for the country.

Labor MP Tanya Plibersek, in a radio interview with Brisbane Radio Station 4BC, threw some snide remarks at Mr. Dutton, describing him as someone who “looks a bit like Voldemort”. However, recent news has shown that the man’s looks seems to not have been a decision he made for himself.

In a brief talk with Sydney Radio Station 2GB, he revealed that he had been diagnosed with a skin condition a few years ago. “I’m not going to be the prettiest bloke on the block, but I’m going to be pretty effective”, he told the station when talking about his condition.

Furthermore, he stated that Ms. Plibersek has since apologized for her statements and said that it was “water off a duck’s back”. Other figures such as Prime Minister Anthony Albanese have responded, sharing the sentiment that Ms. Plibersek’s comments were unwarranted and backed up calls for respect for one another within political circles.

Dutton Urges Public To Explore The ‘Rest Of His Character’

Other interviews with Mr. Dutton explored more of his past life as someone raised from the suburbs. Considering that the Liberal Party is exploring the option of appealing to voters in the suburbs, it’s reasonable to see why this might appeal to some members of the Party. His prior experience with ‘tough jobs’ such as being a Policeman and Home Affairs Minister have also gotten him some notoriety as a man with a great work-ethic.

However, many members of the Liberal Party are quite weary of electing a man from the right. His unpopularity with voters from Melbourne and Sydney have also caused some concerns. Although, 2018 saw the man start to turn over a new leaf as he responded to Malcolm Turnbull’s challenge for him to show a different perspective to his character.

With this new position as Liberal Party leader ahead of him, Mr. Dutton seems to be taking this as a way of creating a new public image for himself. One that’s becoming more open-minded and focused on enacting policies that help the country in terms of labor, economy, and the protection of women and children.

Keep Reading: What Did Peter Dutton Do Before Politics?