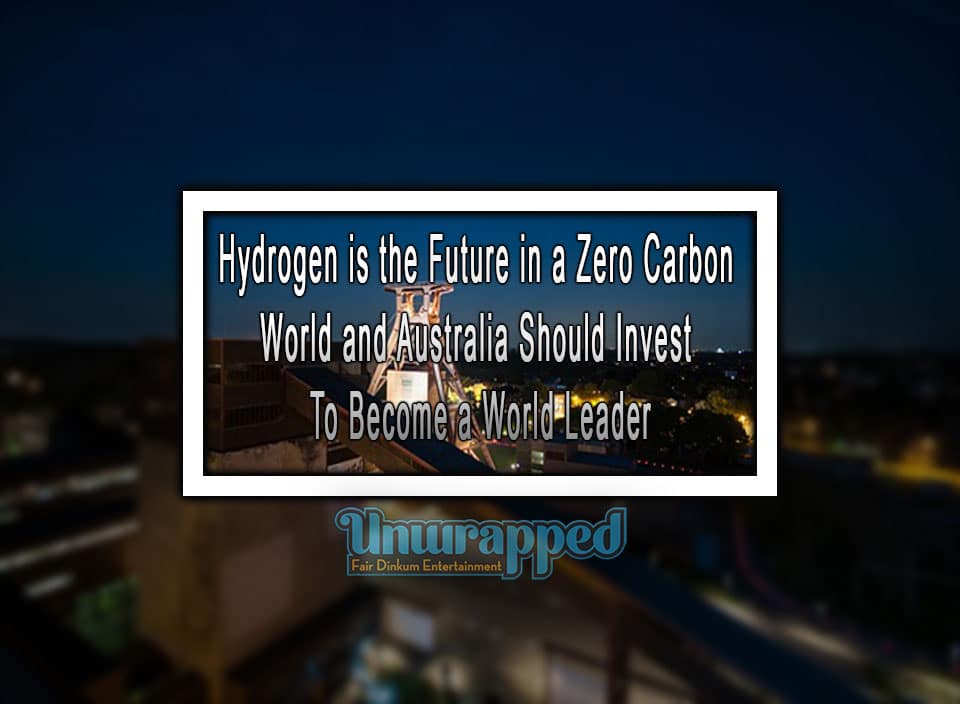 Should Australia Invest in Hydrogen? What are the Benefits?

The world is going through a transformative phase. The Covid-19 pandemic has triggered a massive transformation in the tech sector which is causing other sectors to adopt innovative tech-based solutions to survive in the post covid world.

An Opportunity to Change

Many people are seeing this as an opportunity to trigger another transformation and that transformation is for a zero-carbon world. Many environmentalists and researchers are of the opinion that the pandemic has caused the world to reconsider the way in which we used to live. Even after the pandemic is over, our lives will not be the same. The post-pandemic world is going to have new realities that we will have to learn to live with.

If this is the case, then why shouldn’t we strive for a post carbon future as well and use this opportunity where there is already momentum to opt for new things, to push for a zero carbon world.

There is nothing wrong with this notion, but to consider it seriously we must see if we have the resources to do so. We must try to find out the feasibility of pushing for a zero carbon world at this stage.

This is why Indonesia has scrapped its plans to invest into renewables and is now investing into coal power to generate cheap electricity. The strain on its resources caused by the virus has pushed the country to make this choice.

The G20 nations recently pledged to invest almost $350 billion into renewables, whereas their investment into fossil fuel based energy sources is close to $380 billion. This is probably the first time that the investment into renewables is almost half and half. So we can clearly see that there is a push towards reducing the carbon emissions.

The Advantage for Australia

If we look at Australia we can see that Australia is in a very unique position to take lead in this push for a carbon free world. Firstly Australia has not been affected as badly with the pandemic as other countries. Due to a timely strategy and many sacrifices by the government and the people of Australia, the number of cases in Australia has been low and the economic impact too has been lower as compared to some of the other developed countries.

This allows Australia to think about its future without being forced to make difficult choices. At present Australia generates energy from both fossil fuels and renewables. The contribution of renewables that include mostly solar and wind energy is around 21% whereas 79% of the total energy is produced by fossil fuels that mainly include coal, oil and gas.

If Australia has to push for a zero carbon future then it starts to look into ways of reducing the dependence on fossil based energy production.

Australia gets ample amounts of sunlight, there is also a lot of potential for wind and tidal energy generation along the whole coast. This however is still not going to be enough to meet the power needs.

Hydrogen is being hailed as the new gold in the renewable sector now and one ability that Australia has got over other countries is the ability to generate hydrogen from solar and wind power.

What Does Australia Need To Do?

Australia has got ample amount of sunlight, hydro and wind energy to produce hydrogen not only for local consumption but also for the international market, in particular South East Asia where Australia already has trade links with countries like Japan and Korea that are looking to transition to a zero carbon future.

Secondly, Australia needs to start making strategic partnerships with countries that can make the required infrastructure to produce hydrogen. Province Resources (PR) is one such company that is developing feasibility reports for producing hydrogen in Australia. ATCO has already invested almost $3.3 million to develop a Clean Energy Innovation Hub in Perth, which is being constructed . The government needs to make more strategic partnerships to bring in companies with experience into this, to research and develop the required infrastructure in the country. These strategic partnerships need to be built now, to create value chains for the future. Japan and Korea not only want to become net zero but they currently have the ability to develop hydrogen cells. By partnering with them, Australia can develop value chains and links that can help in the transfer of technology that will be required to create hydrogen cells in the future.

Once the infrastructure is developed, Australia can begin to produce hydrogen from renewable sources. Hydrogen can be used for everything that natural gas or LPG can be used for. It can run cars, factories and power homes. The biggest upside is that it does not create any pollutant, the only byproduct is water.

With the world still battling Covid-19, very few countries have got the financial space to think clearly about their future. Australia is one such country that has got very few problems at the moment. By thinking ahead of the curve, Australia can gain a competitive and even absolute advantage in hydrogen production. So that when other developed nations start moving towards lower emissions, Australia can readily supply them with hydrogen and become a key player in the future world of zero carbon emissions.

Also See: 10 Ways To Start a New Business During a Recession

Stay Connected
52,693FansLike
5,665FollowersFollow
828FollowersFollow
Previous articleHow to Save 10000 Dollars in One Year?
Next articleInvesting In Yourself and Your Health is The Biggest Reward You Can Get

Am I Eligible For NDIS?