Finance vs Economics What’s The Difference 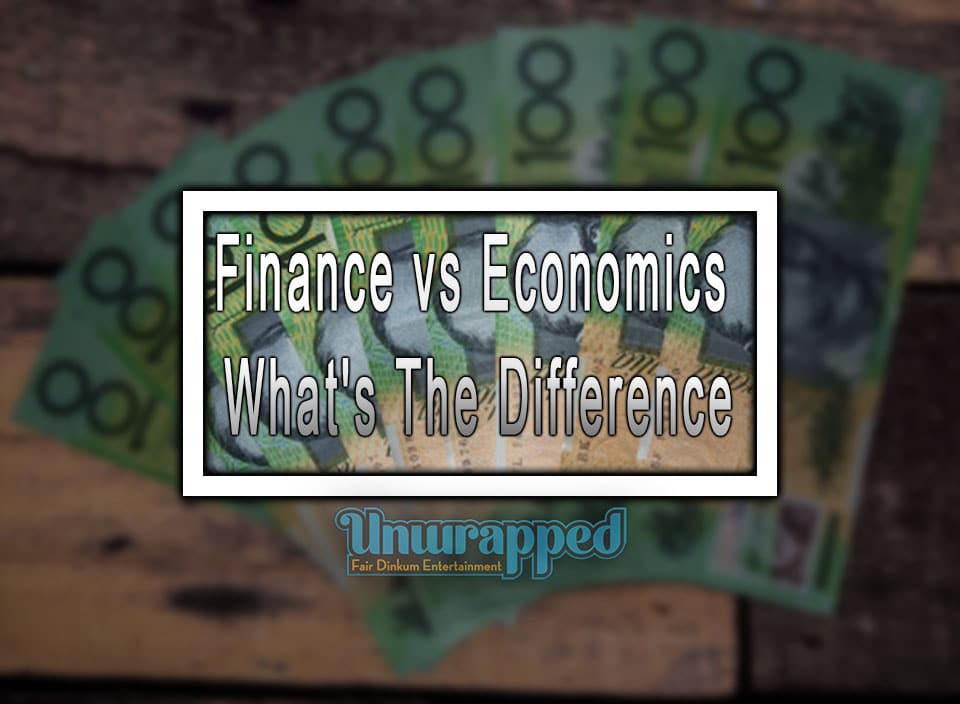 What’s the Difference Between Finance and Economics

People tend to use the terms finance and economics interchangeably, when these terms are as far apart as the sun and the moon. Generally people tend to mix these words up but it isn`t such a good idea to mix these terms up even when using them in general every day conversation as these terms carry different meanings that can confuse the other person and carry any unintended message across.

So let us now discuss what these terms really mean and how different are they from each other.

Let us talk about Economics first. Economics is the study of economy, it is a very broad term and subject that has got multiple different subjects embedded within it. Confusing economics with finance is just like confusing a llama with a camel. Both may look similar but they are very different animals.

Economics in its essence is the study of the economic resources namely land, labor, capital and enterprise. Economics mainly deals with the basic economic problem that is scarcity and for this effect it looks into questions of economic choice such as

For this reason sometimes economics is also termed as the science of scarcity. Economics, is a science. Yes it is a proper science not just pseudo science. Economists carry out controlled experiments with empirical research just like any other scientists, although their idea of a controlled experiment and closed space is different from other scientists who study matter.

Economists cannot test their theories in a controlled lab environment but they have had years to see the effect of different theories and in the last century economics has developed into a science that has been heavily backed by empirical research.

Economics can be, for the sake of simplicity divided into

Micro economics deals with micro managing the economy, it covers concepts such as individual and market demand and supply, theories of consumer behavior, laws of utility and returns to scale. It also covers market mechanisms and economic ideologies.

Macro economy deals with economic realities at a much larger scale. Macro economics is concerned with national and international economics. It deals with concepts such as aggregate demand and supply, inflation and unemployment, trade and development.

These are two broad classes of economy but as it has been mentioned earlier, the broad discipline of economics has sprouted further sub disciplines such as

So you can see that economics is a very broad term that has various different disciplines within it. It really is not possible to completely define economics in a single article, there are just too many facets of economics to talk about.

Read More : Is Starting a Blog the Best Way to Make Money Online?

In a way economics is the most important science that keeps the world going because it deals with how human beings interact with the factors of production and then control them. Without economics it would not be possible for other sciences to exist since economics studies how money is created and where it should be allocated.

Finance on the other hand is a field that is related with management of money. People consider it a subset of economics but it really is a discipline on its own. While economics deals with study of factors of production and it also studies how money is created. Finance goes in a different direction as it doesn`t study how money is created instead it studies how money is managed. It can be considered as the next logical step because first you need to create money and then you need to learn how to manage it.

Like economics, finance can also be broadly divided into two main categories namely

Corporate finance is a vast field on its own. It deals with money management in the corporate sphere. Companies and business, big and small need to manage their money properly in order to keep track of their revenues, cost, expenses and profit. Managing money is also vital because tax needs to be calculated on the figure for profits. This isn`t something that just anyone can do, professionally qualified accountants are required to manage the finances of corporations and businesses. This is a job that has a very small margin of error as a single badly timed or badly thought out decision can result in losses.

Personal finance on the other hand deals with how individuals and families manage their money. It can cover anything from budgeting to mortgages to personal investment decisions.

Finance also deals with ways to create funding for companies and individuals. If you look at the whole setup of global financial markets, the stock markets, banks, derivatives markets, forex and now blockchain based financial products. Then you will see that this is all under the umbrella of finance.

If you want to contrast it with economics here, you can see that while economics deals with how to tax, whom to tax and how much to tax. Finance deals with how to calculate tax. If economics tells you when and how to create money then finance tells you how to take that money from the Central bank and give it to the end customer. Economics only knows how to create money; finance tells you how to use money. Think of it this way, economics is the branch that takes the decisions and finance is the branch that implements those decisions. Although these two are not the same but both disciplines are connected with each other. If economics makes the world go round then finance is the fuel that economics needs.

Also See : How To Make and How to Lose Money on the ASX

The Economics of Quantitative Easing How It Works

How to Find the Next Hot Stock and When to Sell?

The Best WordPress Freelancers on Fiverr