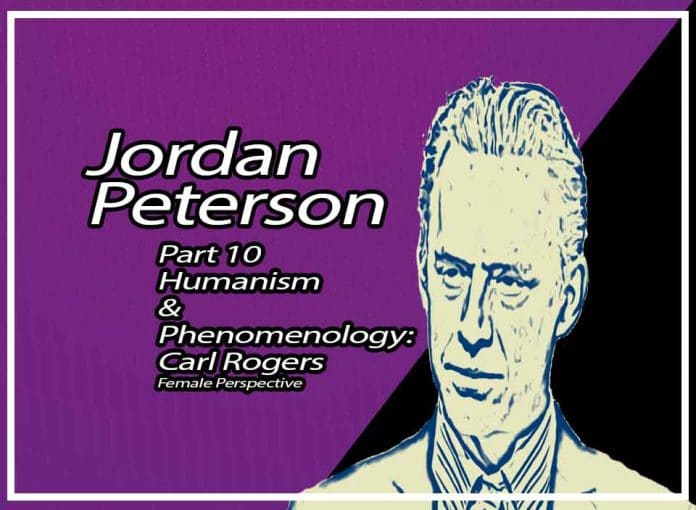 Fraud now Rogers wow what a treat and this is free to watch I mean what more can you want. In case you missed Peterson’s lecture on Fraud then see here:

I have done a little research before watching this video and the basic human motive, according to Rogers, is self-actualization – to achieve the highest level of human beingness that we can. Let me see what Peterson finds:

Humanism And Phenomenology: Carl Rogers – A Personality Guide By Jordan B. Peterson

An architect creates a blueprint to describe things. Jordan B. Peterson is an architect of psychology. He builds a map of the knowledge content into the learner’s mind and then fits the blocks of explanation in it so that they may get a grip over the contents of the lecture. In this lecture Jordan B. Peterson talks about Dr. Carl Rogers, a famous humanist, and expert in listening with embodied wisdom. He is well known for delivering practical lectures.

A new form of geometry was invented around the turn of the last century, the preceding century, between the 19th and the 20th centuries. This geometry was founded on axioms distinct from Euclidean geometry at the time.

Jordan says we will proceed, assuming that everything we experience is real. This would imply that everything about the being that shows itself to you is viewed as equally real from Heidegger’s point of view. As a result, anxiety has become a fundamental reality. It elevates art and culture to the status of basic facts.

Characters are referred to as emergent qualities. You respond that while you can witness hydrogen and oxygen, it isn’t obvious that you will be able to forecast water-based features on your observations alone. That’s a far easier problem to solve when all things are considered than the difficulty of figuring out who you are here in this insanely complicated aggregation of fictional, supposedly simple creatures.

However, it is not immediately apparent how their basic traits may combine to make you. It’s not immediately clear. Certainly, it is not immediately obvious how a substance meant to be “dead matter,” as the saying goes, may be capable of exhibiting consciousness, no matter how intricately it is organized. As a result, the phenomenologists strove to construct a philosophical model of existence with Heidegger as their leader. And when we’ve finished with Rogers, we’ll get into greater detail about the phenomenologists. However, he is a good match within that intellectual framework.

Conversation makes a person much better. Knowing more about each other and talking more will make your psychology better. For a further detailed visit

I am questioning reality watching this guy, I mean who am I really? The voice in my head? Peterson articulates things so well and adds value to the topics he touches. I am glad for the dinner party discussion in which I wanted to see why this man was such evil when I am now halfway through his series and am for want of a better word a fan. That being said the first hint of his alt-right alter ego I will call it out… I am not holding my breath.