Ghosts, Goblins, and Ghouls Let Them Haunt You In Australia 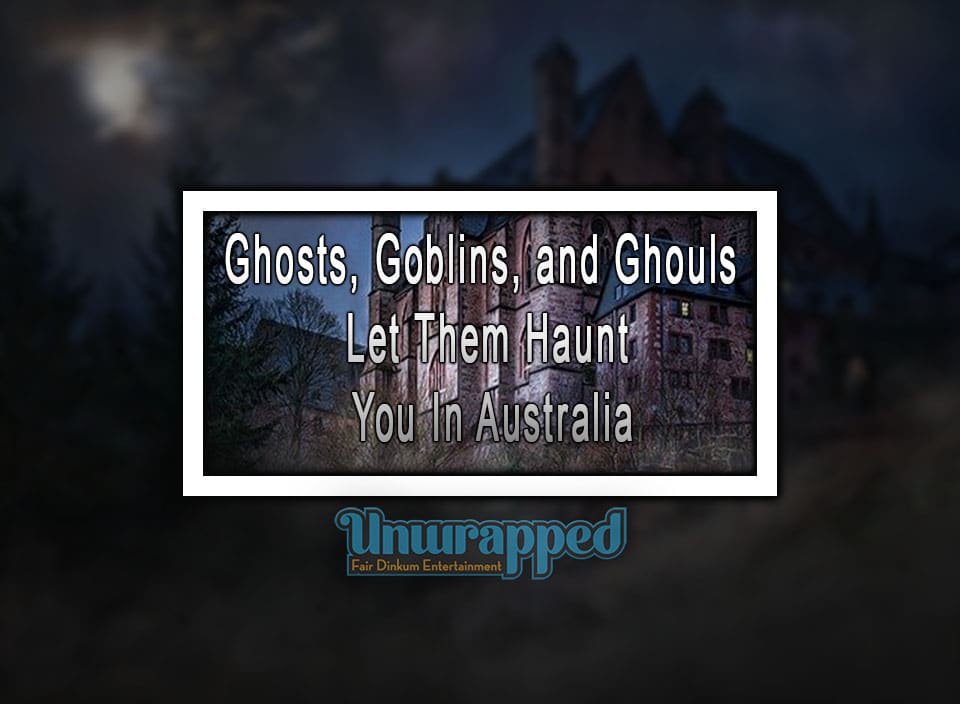 We know about the haunted history of Australia, which is now presented to us in the form of interesting ghost tours. The scary and spooky ghost tours alone can test your nerve and tolerance. Although many places with haunted past have their ghouls and goblins stories, Australia has its own interesting and adventurous haunted tales to tell.

This tourist attraction with some adventurous haunted tales is going to shock you for sure. During the renovation of Warden Finnerty’s historic house, the curator there felt that some type of cat or puppy is biting his ankle, but he found no signs of existence of any of these. It will curdle your blood but after some time, the workers found the dead body of a flat cat which is supposed to be there since the 1980s. After the removal of cat, no such stories were reported and the place became a popular tourist attraction.

If you visit this place you will experience some weird and spooky activities in the town yard yourself. This haunted place has a terrifying past to tell, which marks the death of a stranger in a fierce argument, probably by the hands of French Maggie and her two male friends, after which they ran away. The body of the stranger was then discovered from the abandoned shaft of the new Chum Mine. If you are a non-believer then visit this place and it can give you a spine chilling experience in Australia.

If you want to know more about the haunted history of Australia then visit the Penitentiary Chapel located in Tasmania built in the early 1830s for the growing male convict population. Around 36 solitary confinement punishment cells were included in this Chapel, which were poorly ventilated. In late 1859 the place was converted into two Supreme criminal courts.

The description itself is scary enough to change your decision. But today, the Chapel is a fascinating insight of Colonial Tasmania with an intricate and impressive architectural exterior. Several dead bodies came out from this gruesome place along with only a handful of alive people. Explore the place in search of paranormal activities there and you will be surprised.

Adventurous haunted tales of this haunted place include the stories of curses, death, strange accidents, sickness, affairs, and the murder mysteries. Some even believe that the place is built on a sacred ground that is a magnet for spiritual energy. The owner herself believes that she has always dreamt of a similar house as a child and now she is brought to this place by a spiritual pull. Doors opening and closing on their own, strange lights and smells, sudden temperature drops, and feeling of someone’s presence are quite common here.

The haunted places in Canberra take away the title of ‘boring’ from Canberra, and the Duntroon house is one of them. Apart from the significant importance in Australian military history, it also has a significant part in the haunted history of Australia. In the 1970s, the residents of Royal Military College reported the glimpses of a young woman and the paranormal activities in a specific room like the beds to appear slept at the day, despite no one’s presence.

It’s been said that the room belonged to a woman named Sophia Campbell who died falling from the room’s window. It’s still unclear whether she fell off, jumped, or was murdered. On many occasions, windows are found to be opened in her locked room mysteriously. Even a vision of a lady, roaming in a white dress is witnessed in recent months.

If you are up for a spine-chilling experience in Australia then visit this Winery. Apart from the delicious wine, it has also gained the reputation of being one of the most haunted places in Australia. The staff and visitors of this haunted place have reported the hearing of footsteps, screams from the vineyard, unexplainable gunshots, whispers in the dining hall, and other weird sounds, marking the terrifying and haunted past of this place. The blood seeping from the walls of the family mausoleum on the anniversaries of deaths is also reported. The Seppletfield’s family has not left the place and they can send shivers down your spine if you visit this place.

Gledswood Homestead is a place allotted to the French nobleman with eight convicts at first, to start a building that later became Gledswood Homestead. The convicts were chained to the ground at night and other mistreatments were continued with the prisoners even after changing many owners. The ghosts of prisoners make sure to show you their existence on those grounds. Moreover, the ghosts of animals and humans can haunt you in the nearby pet cemetery as well.

The sacred yet the haunted indigenous site took the life of Oolana, a run-away bride, stopped to marry her love, jumped in the pool. Till now, her ghost in the pool has taken away the life of 17 men, who were lured in this watery grave. The paranormal tales of this place can give you shivers. This haunted place is now remembered with an epitaph of “He came…. and stayed forever”. Just pray that you should not get a surprise visit by Oolana.

The haunted history of Australia can frighten you to the core, but it can be interesting to know and feel the paranormal vibes. The spooky ghost tours, haunted places, scary apparitions, weird sounds, and weird experiences are an interesting and fascinating thing to do in Australia but not for the faint-hearted.

Australia’s Museums of Ghosts and Horrors

Prague – Symbol of Beauty and Witness Of Centuries

The Five C’s Of Social Commerce