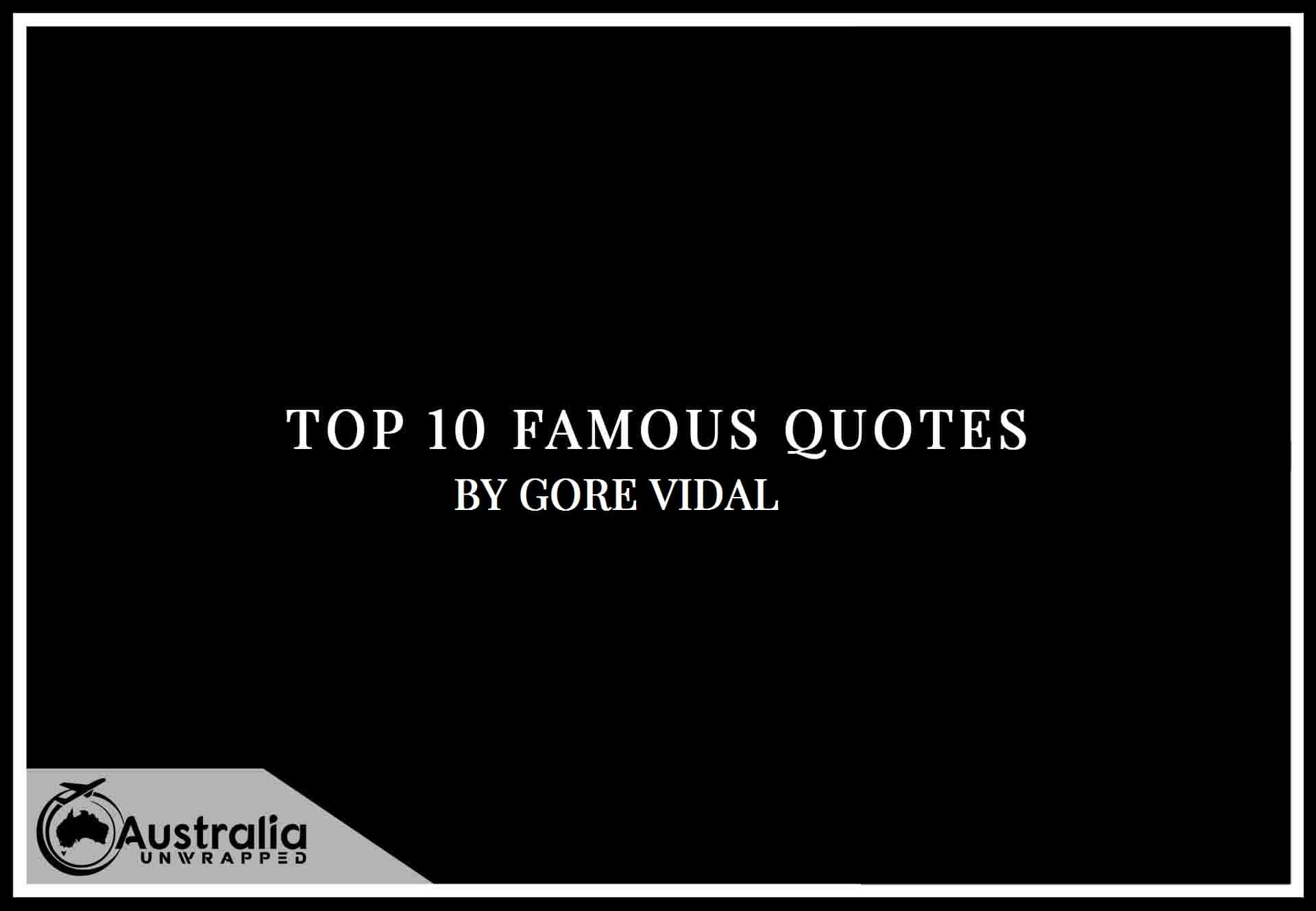 Love reading? Then it’s likely you will love a good quote from your favourite author. This article covers Gore Vidal’s Top 10 Popular and Famous Quotes that we at Australia Unwrapped have collected from some of his greatest works. Gore Vidal quotes to remember and here you will find 10 of the best. A memorable quote can stay with you and can be used along your journey. Choosing Gore Vidal’s top 10 quotes is not easy, but here they are:

“Actually, there is no such thing as a homosexual person, any more than there is such a thing as a heterosexual person. The words are adjectives describing sexual acts, not people. The sexual acts are entirely normal; if they were not, no one would perform them.”
― Gore Vidal, Sexually Speaking: Collected Sex Writings

“As societies grow decadent, the language grows decadent, too. Words are used to disguise, not to illuminate, action: you liberate a city by destroying it. Words are to confuse, so that at election time people will solemnly vote against their own interests.”
― Gore Vidal

“The genius of our ruling class is that it has kept a majority of the people from ever questioning the inequity of a system where most people drudge along paying heavy taxes for which they get nothing in return.”
― Gore Vidal

“Today’s public figures can no longer write their own speeches or books, and there is some evidence that they can’t read them either. ”
― Gore Vidal

“Half of the American people have never read a newspaper. Half never voted for President. One hopes it is the same half.”
― Gore Vidal, Screening History

“Style is knowing who you are, what you want to say, and not giving a damn.”
― Gore Vidal

“Write something, even if it’s just a suicide note. ”
― Gore Vidal

“Every time a friend succeeds, I die a little.”
― Gore Vidal

10 quotes by Gore Vidal there you go! It’s never an easy task picking the best quotations from great writers, so please if you disagree or have more to add, please comment and share your opinions. My 10 greatest Gore Vidal quotes will likely be different from yours; however, that’s the best thing about them, each quote can mean something different to each person. So don’t wait, comment and shares your best Gore Vidal Quote.

“Ayn Rand’s ‘philosophy’ is nearly perfect in its immorality, which makes the size of her audience all the more ominous and symptomatic as we enter a curious new phase in our society…. To justify and extol human greed and egotism is to my mind not only immoral, but evil.”