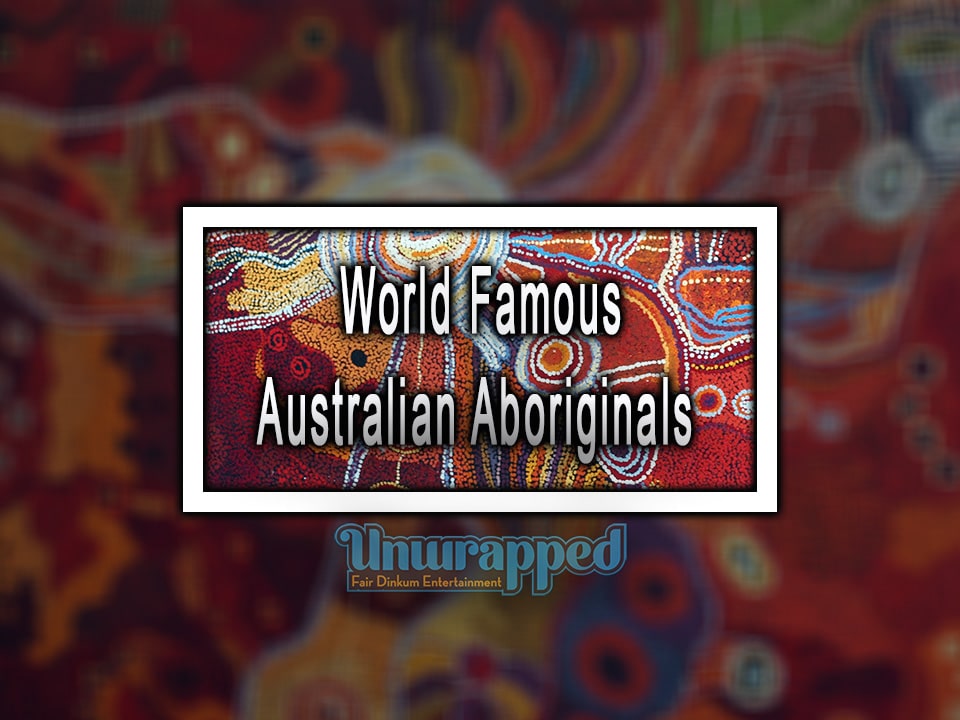 Aboriginal Australians have existed for tens of thousands of years, and they have been witness to many hallmarks in the history of human civilization. Many Aboriginals have also etched their name in history, and these special individuals have achieved renown not only in Australia but all over the world.

Here are just some Australians with Aboriginal roots that have been immortalized due to their fame and prestige.

David Unaipon is perhaps best known for being featured on the Australian 50 dollar note. Hailing from the Ngarrindjeri tribe, David Unaipon gained prominence as a writer and inventor, and he helped break many stereotypes about the Aboriginals present during the time.

Known as the Australian Leonardo da Vinci, David Unaipon was a prevalent inventor and was the first Aboriginal writer to publish in English. He was also a public speaker and was heavily involved in politics, primarily in Aboriginal affairs.

Cathy Freeman is currently considered as the eight-fastest woman of all time. An Olympic sprinter, Cathy Freeman won at the Commonwealth, Olympic, and World Championship Games. She also had the honour of lighting the Olympic flame at the 2000 Summer Olympics.

Albert Namatjira of the Western Arrernte was considered as one of the pioneers of modern Aboriginal Australian art and is notable for being the first Aboriginal to be granted restricted Australian citizenship which allowed him rights such as the right to vote and purchase alcohol.

Albert Namatjira was awarded the Queen’s Coronation Medal, a commemorative souvenir bestowed at the behest of the Queen. During his lifetime, he was a well-renowned artist and many originals and reproductions of his work were purchased and hung in Australian homes

Adam Goodes is a multi-awarded Australian footballer for the AFL. He also represented Australia in the 2010 International Rules Series where he held the position of captain. Adam Goodes retired in 2015 after a controversy regarding his stance against racism and conflict with fans.

Adam Goodes was also named as Australian of the Year in 2015. He has created a football academy for indigenous Australians and has also founded an organization that focuses on health, employment, and education of Aboriginals.

Samantha Harris has her roots in the Dunghutti tribe, from which her mother was originally from. She is considered as a role model for children due to her success on the runways. She is also known for her charity work, primarily with the National Centre of Indigenous Excellence and One Laptop per Child Australia.

Samantha Harris’s work has brought her to New York and Singapore for magazine shoots. She also appeared in the Australian edition of Vogue twice in a year and made the cover in June of that year. She is also the ambassador for several brands and even competed in Dancing with the Stars’ 15th season.

Lowitja O’ Donoghue was the chairperson of the Aboriginal and Torres Strait Islander Commission during its inception in 1990. She started her career in government work as a liaison officer with the South Australian Department of Education.

Vincent Lingiari is from the Gurindji people. He was famous for leading indigenous workers in a protest against unfair wages and poor working conditions. They also demanded the return of their lands. The protest, which was won by Lingiari and his people, lasted eight years.

For his contribution to history, the popular Australian protest song “From Little Things Big Things Grow” was composed based on his story and the events of his protest. Vincent Lingiari was also made a member of the Order of Australia for his services in protecting Aboriginal rights.

Neville Bonner of the Jagera people holds the distinction of being the first Aboriginal Australian to become a Member of Parliament. He was eventually voted in, as his first stint was only by appointment, for a total of four times. Bonner was also named Australian of the Year in 1979.

Among numerous accolades, a suburb located in Canberra is named in his honor. There is also a stadium in Ipswich, his hometown, as well as a government building in Brisbane named after Bonner. The federal electorate of Bonner was named after him.

Evonne Cawley, a member of the Wiradujji people, is known to be one of the top female tennis players in the world during his career. She has won titles at the Australian Open, Wimbledon, and the French Open and was inducted into the International Tennis Hall of Fame in 1988 and into the Sport Australia Hall of Fame in 1985.

Evonne Cawley was considered as the number one women’s tennis player in the world in 1976, and she was awarded the prestigious Philippe Cartier Award in 2018 for her contributions to the sport. She was also a board member for the Australian Sports Commission and is currently a Sports Ambassador for Aboriginal Australians.

The Australian Economy – How Does It Work?

Australia History – A Commencement to a Multicultural Society

Stay Connected
41,936FansLike
5,681FollowersFollow
816FollowersFollow
Previous article
10 Movies Starring Michelle Williams at Her Best
Next article
How Did Aboriginals Get to Australia

How Much Does it Cost to Publish a Book?