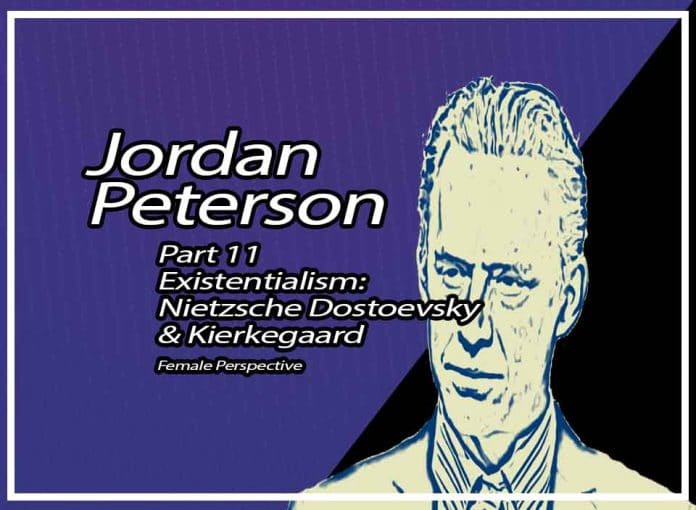 Peterson’s earlier lecture on Carl Rogers can be seen here:

I recommend watching his series in order to get the most from it. I have found exercising and when doing laundry folding etc has been brilliant enlightenment, I have made notes while listening and this series includes my notes. This is a solid series and in all honesty, if they made this mandatory at high schools I think the kids would benefit greatly.

Our memory systems work in different ways. The one developed to perform any action is completely as different as the one you use to speak. Jordan takes the example of a bike to explain the fact. You owe a bike, you know how to ride it. But when someone asks you to explain how it works. This is the point where you will face a memory conflict. You can perform things but it is a bit hard to explain them from the same perspective. In this condition, it becomes hard to understand the neurological condition of a person. It becomes hard to find out what to do, read the body language or listen to what he says. Tackling such a problem is a hard job to do but you can carry it on. The actions you do are stored in a passive memory known as the procedural level.

With respect to Roger, one of the things that you may consider is the following: What I mean by this is that his psychotherapy approach would be founded on the premise that you should bring your actions into line with your beliefs so that there is no discontinuity between your body and your beliefs. That’s one way of looking at it and thinking about it, and it will help to reduce the number of paradoxes in your head. In the manner that you present yourself to the rest of the world. In this way, existentialism is characterized by its emphasis on action as one of its core qualities.

However, Freud in particular preferred to search for adult psychopathology in childhood misadventure in childhood and pathological childhood experience, rather than the other way around. At the very least, if you had not had childhood trauma and had matured correctly, what would happen is that you would end up healthy, to put it another way, at the very least mentally healthy. However, existentialists do not accept that point of view from the outset of the discussion. They basically make a different claim, which is that life is so full of intrinsic misery, to put it another way; but suffering is a better way of thinking about it, suffering that manifests itself as a result of your intrinsic vulnerability, and that psychopathology is built into the human experience, is a better way of thinking about it.

It isn’t much you can do to prevent it, to put it mildly.

Furthermore, For clinical clients, for example, you’d be surprised how often that type of observation is useful. One thing that’s quite characteristic about people, especially if they’re introverts and don’t have many friends, is that they don’t have people to talk to when they’re suffering, whether they’re depressed or anxious, or they have some strange symptoms like agoraphobia or obsessive-compulsive disorder, among others.

Once again very interesting and enjoyable and I made an effort to research further around the players all of whom have interesting stories. It’s important to view things through the data that is available at the time not what we know now.

Philosopher, cultural critic, and philologist Friedrich Wilhelm Nietzsche, whose work profoundly influenced modern intellectual history, was born in Germany. Before turning to philosophy, he was a classical philologist.

As well as writing novels, short stories, essays, and articles, Dostoevsky was also a journalist on Russian news.

Danish philosopher Soren Aabye Kierkegaard is widely considered the founder of existential philosophy. He was a poet, social critic, and religious writer.