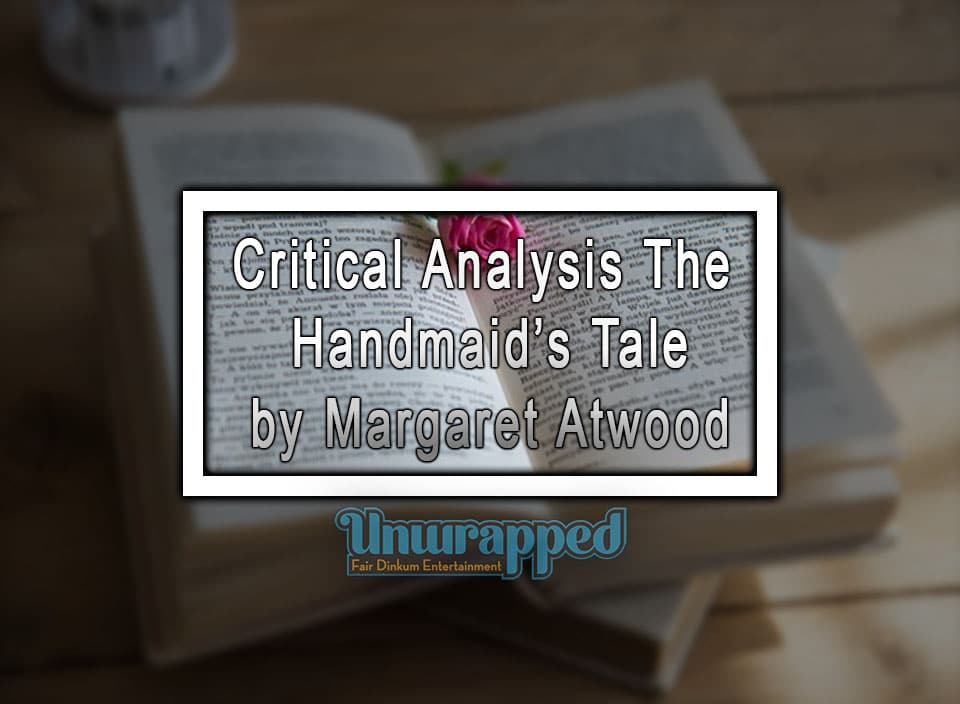 Critical Analysis The Handmaid’s Tale by Margaret Atwood- Offred, a handmaid in Gilead, serves the commander and his wife. Serena Joy, the wife of the commander, is a former gospel singer and has always advocated for ‘traditional values’. In this book, there is a dangerously low rate of reproduction. That is why Handmaids are forced to bear children for some of the elite couples who might have trouble conceiving.

More to that, Offred is not the narrator’s original name. Every handmaid’s name starts with the word ‘Of’ which is then followed by the commander’s name. In every month, when it’s the right time in Offred’s menstrual cycle, she must have wordless sex with the commander as Serena sits behind her.

Additionally, Offred’s freedom is restricted just like any other women in the story. She only leaves the house when going shopping and her room’s door is should not be completely shut. On top of that, Gilead’s police watch her every public move.

This book brings out some of the challenges women face on a daily basis. I won’t pretend to understand what women go through. Hell, most people have been doing that same thing for years.

In the novel, Offred notices a phrase that’s always on the bedpost of the commander’s bed. ‘Nolite te bastardes carborundorum’. As the novel drifts into chaos, she realizes that the phrase means ‘don’t let the bastards grind you down’. Atwood published this book in 1985 in view of what will happen in the future.

From the previous book, I know you now have an understanding of who Margaret Atwood is. This book received a lot of criticism in its release with most people arguing that it will never happen.  However, recently the women rights and all the efforts of making women equally as men are dwindling by the day. The world seems to concrete in the LGBTQA society more since they have a united front.

What Makes It So Scary?

The basic idea that the human race is in danger of reproductions shows to the world what might happen. More importantly, I felt that this story connects more to the female gender and gives the male gender an understanding of what really happens in their day to day lives. Like I said, I really wonder what goes on in Margaret Atwood’s mind but I don’t think it’s something good.

She has a twisted yet creative way of connecting to the audience.

As a man, it’s difficult to understand what really happens in a woman’s life. All I can do is stand beside them as they fight for equal rights. That being said, this book gave me a direct connection to a woman’s world. It also showed me the full strength of how bad things can get.

The book relates to the modern type of oppression in the female gender. But who knows, maybe if you get the chance to read this book, you might actually change the future.

Ralph Jones a  Upcoming Novel will you conform or fight back ask yourself – Survival Diaries – The World You Think You Know..