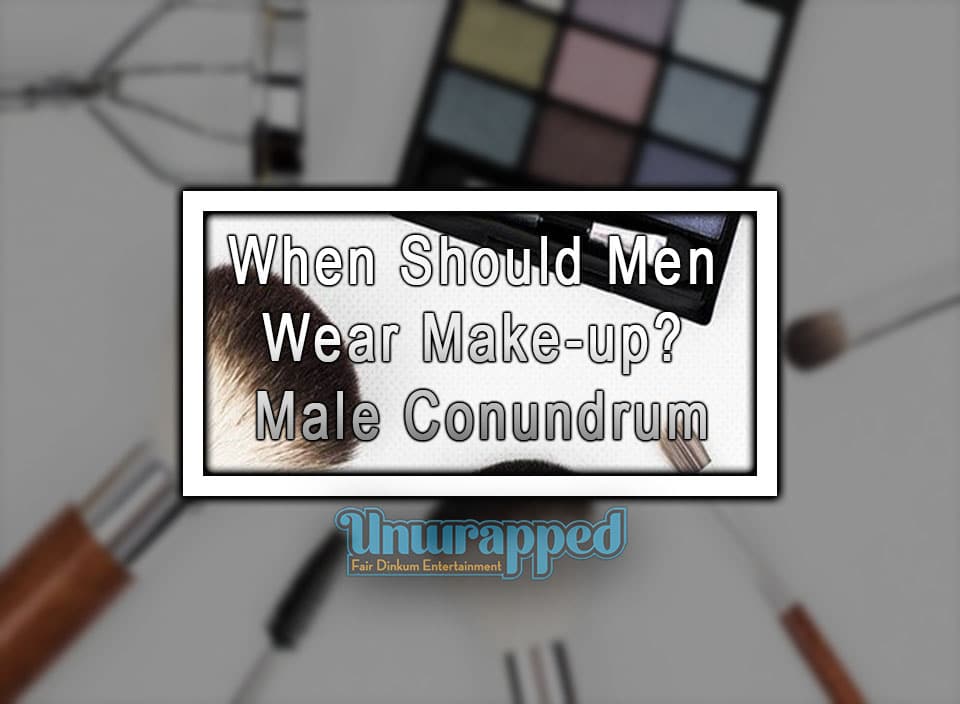 When should men wear make-up? – The Male Make-Up dilemma!

When should men wear make-up? – Male make-up may be a contentious issue, as it breaks some of the stereotypical ideas that real men don’t wear make-up.

But is this really true?

Historically, there have been ages in the history of Man where men wore make-up as much, if not more, than women.  Men were also the first people to wear high heel shoes, so this only became definitive of gender in very recent history.

In recent decades, from David Bowie in the ’70s, to men on the catwalks of New York, Paris and Sydney in 2016, it is becoming more commonplace to see men wearing make-up, and even using nail polish on their nails.

From the rise of the metrosexual man in the ‘90’s to the current date, cosmetic companies have jumped on the bandwagon, recognising the growing demand for male make-up, far beyond the regular demands of skincare, shaving products and beard-grooming kits.

Gender fluidity, androgyny, and homosexuality would seem the most common identities to use male make-up, but this is not necessarily the case.

It is easy enough to find videos online showing men how to apply male make-up, and to look their best in every situation.

So, it would seem that male make-up is not just for stage performers and rock stars, it is also for the every-day man going off to work in the corporate environment.

When Should Men Wear Make-up? – What to choose?

Everything from eyeliner, to concealer, and colour for lips now falls within the scope of male make-up, and all the major cosmetic brands have made products available to this expanding sector of their customer base.

There is no one answer to the question, “When should men wear make-up?”

In truth, male make-up can be worn by men at any time, and for any reason.  There does not have to be an event or any significance to a day on which a man may choose to wear male make-up.  He might just be hanging out with his mates and that will be reason enough.

Women may now have to share more mirror time in the bathroom with their male partners, but at least the men have their own product ranges so the ladies won’t have to share their mascara and lipstick!

This trend towards men wearing make-up seems to have taken solid hold during the course of 2016, and it can only be expected to grow in the future.

The brands that have been created specifically for men have been branded to retain a masculine identity, because this is not about men wanting to look like women, it’s really about wanting to enhance their skin tones and complexions, and hide blemishes.  In many ways, men are choosing to enhance their appearances with male make-up for the same reasons women would want to do so – to look their best.

So, another attempt at answering the question, “When should men wear make-up” should probably yield the answer that they can do so just about any time they choose to.

Petite Girls Should Pay Attention To These Style Tips

Dresses That Are Perfect For a Wedding