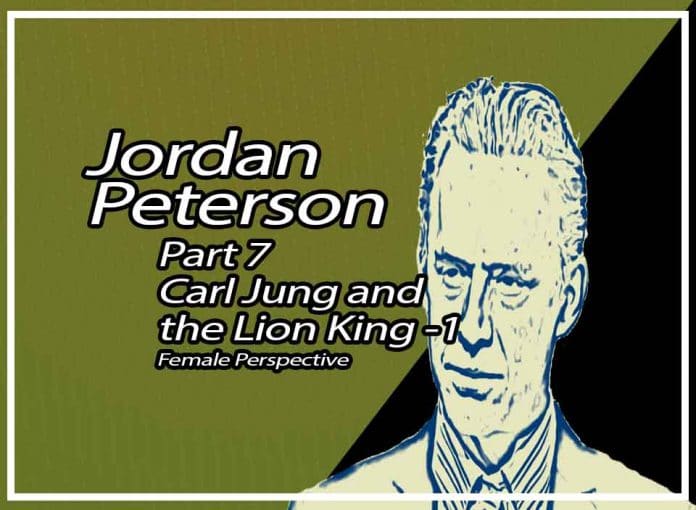 Wow, the lion king this is going to be good. I hope he does one on sleeping beauty as a kid I freaking loved that. In case you missed part 6 of my Peterson series you can check it out here:

Not sure what to expect, but as previously here is my breakdown, I am sure whatever it is then the value will be added. I wonder if Peterson will use the Lion King to reveal the inner demons that so many believe he has.

Being a good teacher, the main key is to illustrate the topic by relating it to daily life examples. In this lecture Jordan B. Peterson explains the basic principles of personality by connecting it to the top-notch movie Lion King. Besides this, he introduces us to the famous Carl Jung. Carl Jung is the originator of analytical psychology and an interpreter of mythology. Mythology is a brief relation of myths with some specific consideration of culture, person, or place.

In the lecture, Jordan relates a person’s fantasies to the realities of his personality. Jordan says that a person aims to follow his fantasies. Fantasies are something very much co-related to the dreams of a person. People can predict your dream by seeing your fantasies and the mark on your personality. Piaget linked fantasies and dreams with mythology.

In the movie Lion King, there are traces of the relationship between dreams and fantasy with mythology. The first question raised is why a Lion is considered a king. The Lion has a personality to suit the leadership. He has a large mane that looks like a sun and perfectly fits a leader. It is intimidating and a predator you may see and run away from fear. Any other animal with a less set of leadership features would not suit the title of king. Peterson used the example of a Snail King, which sounds quite hilarious. Lion has a self-evident personality to be a king. This shows that personality refers to what you are and represents your capabilities.

The movie starts with sunrise. The sunrise is considered to be a hero in Greek myths. The sun in the start illuminating the sky refers to heroism in the movie. According to Apollo, the Greek mythology, the sunset every night fights the dragon and rises again as a victory sign. Here, the sun is related to consciousness, a vibrant part of personality.

Each character in the movie Lion King refers to a different myth and is representative of versatile personalities. Scar, another lion in the film with a negative impact, is dark. Dark as the night dragon and Musafa is bright as the heroic sun to reach the brave personality. To know more about the collaboration of personality traits in Lion King, listen to the 2017 Personality 07: Carl Jung and the Lion King (Part 1) a brief description of characters in the movie by Jordan B. Peterson.

That was bloody fascinating I mean wow so much symbolism and yea how the hell do we all know what is being represented by animals that are not even real. Yet so many emotions. No red flags were noted, and he certainly in this lecture showed no signs of nazism and honestly I am not sure I will find any. Starting to think I need new friends, just kidding Muffy you’re still cool.