Best 9 Teen Dystopian Movies You Can Watch With Your Friends 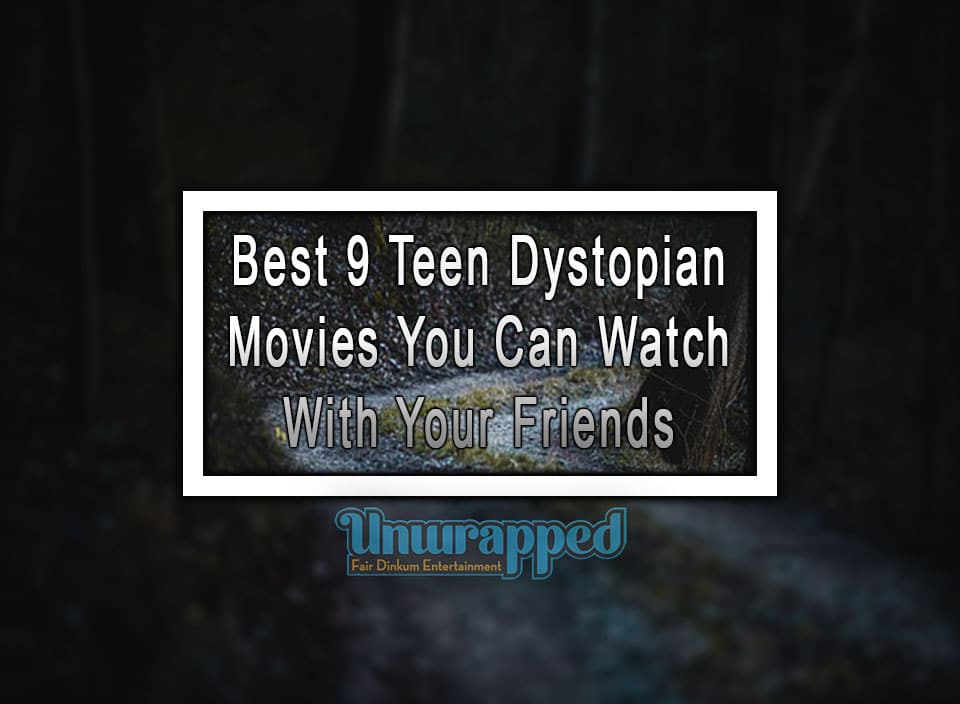 While there are some films that do not quite make the cut when it comes to quality, there are some that are quite notable in not only providing entertainment but also in being able to represent important social issues as well as concerns that teens are much more relatable to.

Here are just some dystopian movies featuring teens or having plots and themes that teenagers may enjoy.

Starting off this list is a light fantasy film which was released in 1998. However, this movie starring Reese Witherspoon and Tobey Maguire represents a scary dystopia if all of the comedic elements are removed. Pleasantville is the story of twin siblings that find themselves stuck in a 1950s TV show.

While some may find this experience to be pleasurable, the main characters find problems in the town as everyone has repressed their natures and denied themselves simple pleasures in life. As they discover life outside of their usual black and white existence, parts of the town become literally filled with colour.

Pleasantville is a symbol of false hope, suppression, and that the view of a utopian society is not all that great once you see how limited its citizens would be. It provides the lesson that mediocrity and settling should not be tolerated and that wholesome pleasures should be enjoyed in order to live a fuller life.

In Time is a 2011 action film starring Justin Timberlake, Amanda Seyfried, and Cillian Murphy, among others. The story takes place in a dystopian society wherein the accepted currency is time, and having enough time means that you can potentially live forever.

The main character in the movie is Will Salas, an ordinary worker that suddenly finds himself with over a century on his clock. Together with Sylvia, they intend to destroy the system where the poor die and the rich live longer and longer.

Capitalism and the ever-growing gap between the rich and the poor are the main themes of In Time. The film also delves into the worth of life as well as the reality of death. While more towards the action genre, In Time will definitely have viewers questioning the true value of time and how they would spend it.

Battle Royale is a controversial Japanese film released in 2000. Banned in several countries, the film was also blamed for glorifying violence, especially among the youth. The film, which is based on a Japanese novel, is an influence on many other forms of media such as films and video games.

Battle Royale takes place in a dystopian version of Japan where, each year, a class of students is pitted against each other until only one survives. The main characters, after killing some of their classmates, bonded together in order to destroy the system from within.

Battle Royale is a social commentary on violence as well as the needs of the youth. Comparisons to the novel Lord of the Flies are also present as children are left to fend for themselves without adult supervision. It is also reflective of resistance to unjust government rules and policies.

The Hunger Games is one of the most popular dystopian movies catered towards teens. This 2012 film which stars Jennifer Lawrence, Josh Hutcherson, and Liam Hemsworth is based on the book series by Suzanne Collins and spawned four sequels.

The Hunger Games tells the story of Katniss and Peeta, two teens from a District that is forced to fight others to the death in a televised game. Alliances are made during the annual event, and the heroes strive to survive despite the struggle and challenges

This film has themes that cover oppression, poverty, and the will to survive. The movie is also notable for providing a strong, independent woman that is capable of holding her own against both men and women as the main protagonist, promoting a sense of feminism throughout the entire series. It is also a satire for reality television which has been popular for the past few years.

Ender’s Game is a 2013 film based on the 1985 novel of the same name. The movie has an all-star cast including Asa Butterfield, Harrison Ford, Hailee Steinfeld, Viola Davis, Abigail Breslin, and many more. Ender’s Game is the story of Ender Wiggin, a gifted child in a dystopic world.

In Ender’s Game, the Earth is at war with an alien race called the Fornics, and Ender is the one being trained to lead the army against the enemy forces. Heavy use of simulated reality is done during Ender’s training, and the battle scenes contain some of the best special effects that you would see.

The twist ending in Ender’s Game provides a lesson that the winners are the authors of history. It also depicts several concepts such as the exploitation of children, using virtual reality as a means of escape, as well as preserving life no matter what its nature or source.

Alita: Battle Angel is an animated film released in 2019. Written by Robert Rodriguez and produced by James Cameron, Alita: Battle Angel takes place in a dystopian future where the world has been devastated by war and there is an ever-widening gap between the rich and the poor.

The main character in the movie is the eponymous Alita, a cyborg with a human brain. Her adventures take her to battle against several cyborg enemies, as well as competing towards the Motorball championship, a racing event whose winners are granted access to the city of Zalem where her true enemies reside.

While laden with action and cutting edge graphics, Alita: Battle Angel is, at its core, a clear reflection of the effects of war in society. It also depicts how the unfair distribution of wealth as well as discrimination against the poor causes poor quality of life.

Divergent is a 2014 action film that takes place in a dystopian version of Chicago. Starring Shailene Woodley, Theo James, and Ashley Judd, Divergent is the first film in the series that tells the story of Tris and her journeys as a Divergent.

In this version of Chicago, the population is divided into factions, and children are required to choose a Faction once they turn 16. Other groups include the Factionless, considered as outcasts, as well as Divergents, people who do not belong to any single faction and are considered as threats in society.

Divergent follows Tris as they encounter treachery and betrayal among factions. The movie can also be considered as an allegory to social structures, oppression, individuality, unity, and even religion especially when it comes to the Divergents who are considered to be the ones who can destroy and rebuild the unfair regime.

The Maze Runner is the first part of a series of films based on the books by James Dashner. This 2014 film stars Dylan O’ Brien, Kaya Scoledario, and Aml Ameen. It tells the story of a teenager, Thomas, who finds himself trapped with others in a glade where dangerous mechanical creatures, called Grievers, prowl and hunt at night. Looking for an exit is a perilous process, as no one has survived a night in the maze surrounding the area.

Soon, the teens discover that they are part of an experiment and try to escape before dwindling supplies and the violent Grievers take them out one by one. Along the way, they discover allies and enemies within the group as well as secrets that reveal their pasts as well as the fate of the planet.

The Maze Runner borrows heavily from themes involving children forced to mature in a desperate situation, as well as the will to survive. It also tackles issues facing the youth such as friendship, betrayal, authority, and fear of change.

The Fifth Wave is a dystopian film that was released in 2016. Based on the series of books by Rick Yancey. The film stars Chloe Grace Moretz, Nick Robinson, Maria Bello, and Live Schreiber. The Fifth Wave tells the story of an Earth being attacked by aliens, known as The Others, who unleashed five waves of destruction in their mission to take over the planet.

The main character in the story is Cassie Sullivan, a high-schooler whose parents were killed in previous waves. Alone with her brother Sam, Cassie discovers that the aliens have taken over the military and is using children to kill off the remaining humans.

As Cassie and her allies race to stop the massacre, she ponders on the chances of survival for humanity in light of this extinction-level event. The Fifth Wave tackles themes such as survival, hope, and determination. It also subtly depicts events relevant to current events such as climate change and disease.

Free Guy tackles the subject from a different, more positive, angle and looks at the ethics of how we might respond to the phenomenon.Though most films you can think of explore a dystopian vision