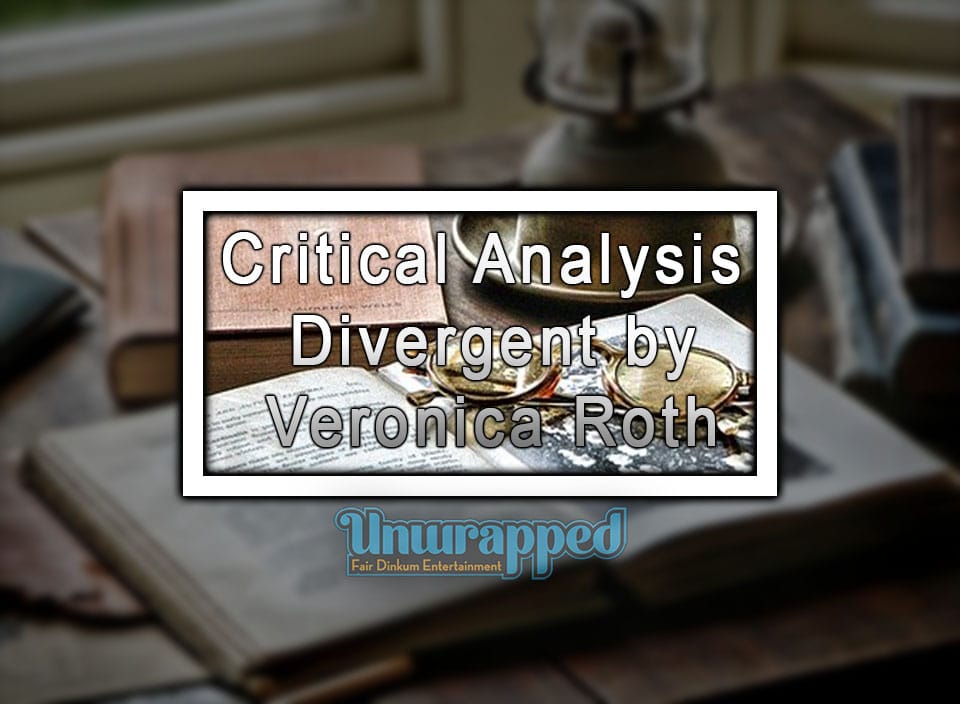 This book circles around the life pf Beatrice who is born to an abnegation family. She lives to uphold all the ideals of her parents despite the fact that she is only allowed to look at the mirror only once per year. More to that, she is outfitted in to the drabbest and plainest clothing. All in all, Beatrice strives to be as kind as the mother, calmer than the older brother and an ideal civil servant like the father.

However, despite all this, Beatrice knows that she is different and she doesn’t fit to be part of the Abnegation family. Throughout her life, Beatrice struggles with her emotions as she watches the daredevil chaos as born kids from the Dauntless clan leap and claw from the fast running trains as they go to school. At sixteen, it gets to the point where she has to take the aptitude test and choosing will be done. Although the test results of Beatrice are inconclusive, it happens that she is somehow different from the rest pf the population.

Later on Beatrice shows interest in being enrolled to the faction. However, this is not a simple choice since there are only ten available spots and the number of people hopeful are double that. She struggles her way through until she gets to the ruthless initiation ritual. At this time, she not only discovers what she is made of but also learns what it really means to be a divergent.

In a world that have been ravaged by human fallings, ignorance, lies, aggression and greed comes a new society. And that is from the brink of the apocalypse that humanity has reorganized itself for the future version. Having split into five major factions that tend to live while upholding a common virtue.

In the society, the people who believed that the source of their failures is selfish greed formed the faction of Abnegation. Therefore, such people were sworn to serve the needs of other people while remaining selfless. On the other hand, the other lot that believed that their failure and collapse was caused by ignorance were pledged to the Erudite tract made to always thirst for knowledge.

More to that, the other lot who feel that its human lies that caused the falling of the world assumed the fraction of Candor and pledges to remain truthful and openly speak their minds. Those who felt that power of hunger and aggression were the roots of failure in the society enrolled to the clan of amity. They take the mantle of peace in all cases.

The final group of people were the ones who felt that cowardice was the root source that steamed all their problems flung into the Dauntless clan which was the faction of the strong and courageous.

Veronica Roth is an American novelist as well as a short story writer born in august 19 1988. Roth is known for her series of novels; divergent, allegiant and insurgent. Veronica started writing at a very young age as a very avid reader. One of her best reads were the giver by Lowry in 1993 which is also cited as a young adult dystopian.

She penned her first book divergent during her winter break as she was in her final years. Insurgent was later released in 2012. This book came in just at the right moment when the dystopian novels niche was picking up so well. And later followed the Allegiant in 2015.

What Makes This Book So Scary?

This novel pictures the life of a young girl who is about a 16 years old and living in a scary futuristic world. She lives a lonely life in a fortified city with high walls and everyone in the state is required to join any of the five factions in their society.

The book simply tries to show us how the future with brainiacs who are depicted as creepy and cannot be trusted might be impossible unlike with the brave people.

This book is ideal for the young teenagers as it revolves the themes around a young girl who is made to choose between her family and joining the faction of the brave. It tries to show us that cowardice could be the only reason why you are not moving ahead with your life.

Ralph Jones a  Upcoming Novel what happens before 1984 and totalitarianism – Survival Diaries – The World You Think You Know..

Best 9 Teen Dystopian Movies You Can Watch With Your Friends