Skip to content
You are here:Home / Amazing Places to Travel in Australia – Cape York

Amazing Places to Travel in Australia – Cape York.  If hitting the road and experiencing the wilderness of nature is your idea of a vacation, then the Cape York Peninsula, located at the farthest tip of northern Queensland, would be your ideal choice for the next holiday. If you are one of those who would like to be prim and proper during your vacation, the Cape York Peninsula is not the choice for you. The peninsular attracts daring tourists mostly because of its rugged terrain, unspoiled wildlife and pristine natural surroundings, all of which doesn’t form a conducive environment for holidays for most families.

But if you really enjoy the real wilderness of nature and want to explore and experience one of the very few such areas that exist, then nothing could be better than Cape York. To help you plan your itinerary for this trip into the wilderness, here is a short guide that will cite the Top 10 things that you ought to do during your trip to the Tip.

What better way to start enjoying your vacation at Cape York than the marvellous day tours that are conducted by the Daintree Air services. These tours take visitors on a flight through the Daintree Rainforest, over the Lockhart, Endeavor and Bloomfield rivers and finally, over the majestic Outer Reef of the Great Barrier Reef. The air views of these places are just incredible and beyond words and if you are good at photography, you could even capture some award-winning shots during this scenic flight. Post-flight, the passengers are transported via 4WD from Bamaga right to the actual ‘tip’ of the peninsula where they can enjoy the views of the expansive waters beyond.

Venture off the shores of Cape York in a ferry or via flights and you can reach the Torres Strait Islands that are famous for the relaxed environment, pearl rearing and the aboriginal culture of the Melanesians and Polynesians. Visitors also have the option to stay at any of the 3 publicly accessed islands amongst the 100 that make up the group of the Torres Strait Islands. The most popular is the Thursday Island that boasts of a perfect environment, fresh seafood and a rich culture and is the ideal spot to stay in the islands. The Thursday Island also houses the Torres Strait Heritage Museum that is well-known for offering a detailed insight into the military and cultural history of the region revealed by the numerous aircraft wreck spots and gun sites. While at the Thursday Island, you can also enjoy a tour to the Gab Titui Cultural Centre that exhibits the recent cultural history of the islands and also hosts performances of the local artists.

This ‘natural’ gallery located 12 Km to the south of Laura and 50 Km to the north of Lakeland, provides a whole new experience to those who have never been to caves that house numerous man-made drawings from the ancient past. You may have seen several posh, chic galleries in the big cities of the world but the Split Rock Gallery notches things up a bit. Even though it lacks the sleek environment of modern art galleries, yet what it offers will have you wondering and awe-struck. The unworldly beauty of the ‘gallery’ along with the winding paths through it will get you thinking about those prehistoric times!

The northern portion of the peninsula is dominated by the Jardine river that has formed beautiful catchments in the region and is the lifeline of the three parks of the region, namely, the Heathlands Regional Park, Jardine River National Park and Jardine River Regional Park that are home to numerous wildlife as well plant and avian life species. Rainforests, wet heaths, dry heaths and Woodlands dominate this region while fauna like Australian bush turkeys, torsion crows, sulfur-crested cockatoos, rainbow lorikeets, red-winged parrots, native rodents, wallabies, possums, striped rocket frogs, Jardine river turtle, estuarine crocodiles, rainbow fish and much more, roam freely in these areas. Moreover, dry season ferries conducted by the Injinoo Community can take visitors for a day of bush camping in the area between the Jardine and the Dulhunty River.

Want to feel the aboriginal culture up close? Make sure that you are in Cape York, particularly in Laura during the Laura Aboriginal dance festival that sees inhabitants and islanders from the various parts and communities of the peninsula and the Torres Islands gather together to participate and celebrate the biennial dance ceremony. The gathering not only celebrates the dance forms of the aborigines but songs, language, stories, in short, the Aboriginal culture. Thousands of people flock to the city to be a witness to the fantastic display of culture, pride and uniqueness by the aborigines of Australia.

Although the Torres Islands were discovered long back in 1606 by Luis Vaes De Torres, the Spanish explorer, yet it wasn’t until 1871, that Christianity was introduced in the islands. With the easy acceptance of the region by the locals, it became a popular religion of the region and in the early years of 1900, the Anglican Church was built on the Thursday Island which was then named as the Quetta All Souls & St Bartholomew Memorial Church in memory of those who met an unfortunate end in the vessel Quetta.

If you are willing to have a taste of traditional Australia, you could take a trip to the town of Weipa that was originally built to house the workers as well as the staff who were engaged in the Kaolin and Bauxite mines. The quaint nature of the town has been preserved still and you can see numerous landmarks as well. But what attract most the tourists in recent times are the great angling facilities that the town provides. Fishing charters are operated regularly and anglers here have the option to chance upon popular varieties like Coral trout, Barramundi, Salmon, Mackerel, Tuna, Trevally and much more.

The scenic and pleasant Cooktown was named after the discoverer Captain Cook and stand at the foot of the Mount Cook that towers over this small, historic town. In spite of being small, Cooktown offers a great day off for the visitors to the Cape York Peninsula. Apart from the esplanades and the Mount Cook, the tourists can also pay a visit to the James Cook Historical Museum, Cooktown Museum, Mt. Cook National Park, Black Mountain National Park, Lakefield National Park and so on that may well take up a couple of days to cover if you visit them all.

If you are looking to collect some local stuff, the Free Bird Arts and Crafts center would be the ideal destination for you. From wood carvings to paper works, tapestries and other items of home décor, you will really be at a dilemma about which one to choose.

A great way to enjoy a drop or two of liquor is the Bamaga Tavern that is the solo licensed liquor facility in the northern part of the peninsula and is also known to host popular events like karaoke, discos, etc to celebrate various festivities of the region.

Getting in and around

The Cape York Peninsula is located amidst untainted wilderness which is why rugged roadways are the ideal ways to get into the peninsula and also get around, except when you go off shore. Cab services are not common and it’s ideal that you bring your own car or rent one at the city and then opt for either of the two roads – the Northern Peninsular Road and the Peninsula Development Road. However, it’s suggested that you do not opt for regular family sedans which may not be able to withstand the rigorous journey. Ideally, 4WD vehicles would fit the best for the journey to the peninsula and around.

There are many more Amazing Places to Travel in Australia:

Top 10 things to do in Perth Australia

Top 10 things to do in Darwin Australia

Top 10 things to do in Esperance Australia

Also See : 10 Most Remote Places in Australia that you Never Heard of

Great days out in Canberra 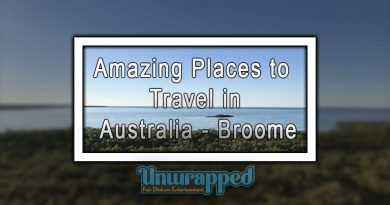 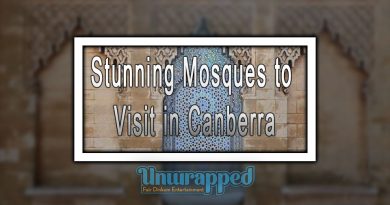 Stunning Mosques to Visit in Canberra