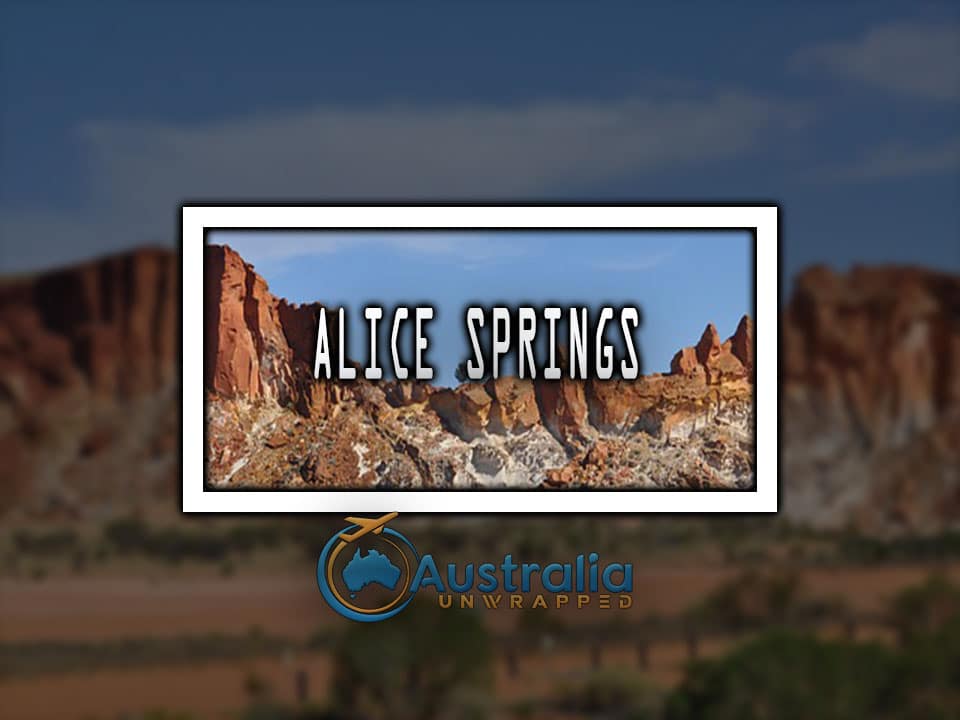 Remember the childhood classic ‘Alice in wonderland’ by Lewis Carroll ? What if I tell you that the wonderland from the story is actually real ! ? And guess what, it’s named after Alice ! (How ironic !). You don’t believe me, do you ? Well, in that case I strongly recommend you to scroll down and after reading this piece, give in to the temptation and head on to this Australian Wonderland (you can thank me later).

The place being discussed is actually, ‘Alice Springs’ – third largest town in Northern Territory, Australia, and one with scintillating experiences on display. Originally inhabited by ‘Arrernte’ aborigines and called ‘Mparntwe’ by them, the place owes its name to numerous scattered small springs, through the region. Rich with traditional and natural heritage, the place is the core of Australian tourism, offering a raw experience. Situated in mid-continent, the town is 148 km sq. in area with roughly, 29,000 residents.

Established in 1872 as the modern town, on John Stuart’s expedition route (1861-62), the place was inhabited by Arrernte for millenniums. Named after Sir Charles Todd’s (former Postmaster-General, South Australia) wife, the Alice remained an isolated hamlet until 1887, when gold was discovered 100 km east of the present town resulting in a considerable European settlement. World War II, too brought with itself a surplus soldier population and activity, as being equidistant from Adelaide and Darwin on the north-south route made it a prominent military base location. War-related operations and the isolated location led to the development of a joint US/Australian defence satellite monitoring base (1960s). Known as ‘Stuart’ until August 1933, the town had its first hospital built-in 1926, first railway line built-in 1929, and its first connection to Darwin via rail-line on February 2004.

Rich with various natural habitats, Alice Springs is the gateway to Australia’s Red Center (an arid region with several different deserts). An explorer-haven, it is a blend of aboriginal traditional heritage complemented by a mesmerizing landscape. Surrounded by McDonnell ranges, Simpson Desert and Devil’s Marbles, with the world-famous Uluru in the backdrop, the town has a variety of options to explore these wonders (hikes, bike trips, automobile trips etc.). Camel Safari, is another option commemorating the traditional Afghan camel riders and adding to the rustic element of this wonderland. Kings Canyon and Kata Tjuta, examples of nature’s artistic dexterity are other native spots, always tempting an explorer to delve deep into a perspective unique to Australia. Additionally, the gorgeous landscapes tainted in red infuse wonderful feelings, with insights into aboriginal culture through art galleries, museums and events, and make this multi-cultural town a must-go for Australian tourists. The Todd mall, town’s commercial center, hosts several Aborigine art galleries and events. Camel Cup, Finke Race, Henley-on-Todd Regatta, and Sunday barbecue in Konjo park are opportunities to localize and enjoy the region’s heterogeneous flavours in the best way. One must participate in them, and also visit, Museum of Central Australia and National Women’s Pioneer Hall Of Fame, for a first-hand intricate experience of Aboriginal creativity.

Interesting Facts about this Wonderland :

Arrernte tradition states that the landscape of & around Alice Springs was caterpillars, wild dogs, two sisters, travelling boys, and other ancestral figures !

Alice Springs has featured in over 5 songs, 3 travelogues and 1 novel, among other less popular works !

Every traveler in Alice Springs feel they have a connection, a sense of belonging, uniquely special to each. Been to this wonderland ? Have you felt the same too ? As awe-struck as Alice in the story ? Did you capture some magical moments in your camera ? We would very much like to know your own experiences, and opinion through your comments below or by sharing your tales here.