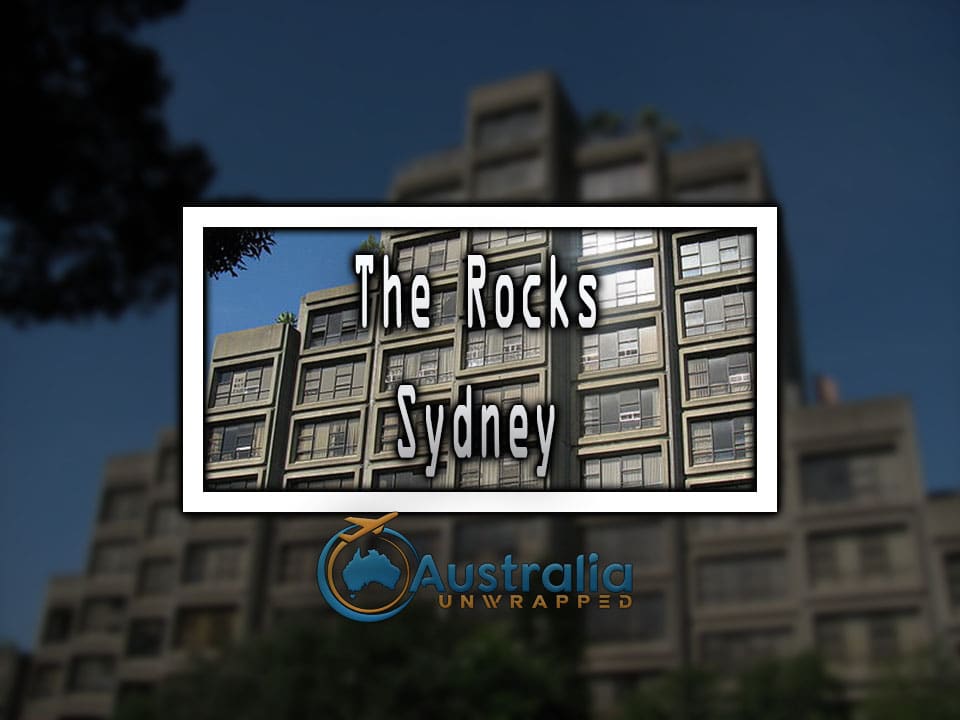 What’s On | Plan Your Visit | The Rocks

A witness to the earliest European settlements in Australia, (post 1788), The Rocks is a suburb in the Sydney Basin Area in Sydney, New South Wales. A major tourism magnet owing to its historic caliber, The Rocks offers glimpses into precolonial Australia, along with detailed bearings of the transition itself, that of a modern locality from an Aboriginal abode.

Located in the southern shore of Sydney Harbor, The Rocks is easily accessible from Sydney’s commercial hub, Sydney CBD (1 Km). Railway routes include trains to Circular Quay, Wynyard station, or Townhall station, all at duration of 10-15 minutes stroll from the Rocks. Buses to the bridge street, south of The Rocks, via CBD and george street, main entry point of the suburb, are available along with convenient cab, pedestrian and personal conveyance facilities & routes on all directions.

History of  The Rocks, Sydney

Originally inhabited by the Gadigal aborigines (earliest record of 15th century), Sydney Cove’s potential as a commercial harbor prevented its complete neglect by the European settlers. However, initially (1788-1810), the place served as an outlet for the convicts from other colonial parts, resulting in slum-like infrastructure, and rough and criminal perception, thus a scanty population, until 1810 when Governor Macquarie commenced the transformation of the area into a city, through trade affairs. Populated heavily (35,000 approx.) by the mid-19th century, the economic and lifestyle boom ceased by century’s end, due to the migration of inhabitants to other townships and the bubonic plague of 1900. Constant redevelopment programs by the NSW government throughout the 20th-century, led to extensive demolitions of the original settlement. However, 1970s saw dedicated efforts from the locals for preventing the ongoing gentrification leading to the Heritage Act (1977), Sydney Harbor Foreshore Authority Act (1998) and other initiatives to retain The Rocks in its true flavour as a landmark for Australian history. Sydney Harbor Foreshore Authority (1999) is the body managing the affairs of the area currently.

Named such because of the buildings made of sandstone, initially, The Rocks have some fascinating tales to tell. Having more than 100 heritage sites, with The Dawes Point Battery (1791), remains of Fort Phillip (1804), & Cadman’s cottage (1816), as the earliest surviving structures, The Rocks has some other structures with intriguing histories. The Four Season Hotel on the George street, stands on the spot of the first gaol built. The Essex street, formerly Gallows hill, was a platform for the audience during the convict hangings and the George street still remains one of the oldest landmarks of the place, its current alignment dating as far back as 1788. The rock has a 0.1 sq. miles area with a population of roughly 700, with some locals residing for generations, back to 18oos and further.

Comfortable accommodation facilities with rich culinary experiences, caters to the taste of travellers, in the Rocks, along with an ethnic shopping opportunity. Scenic views of iconic Harbor Bridge, with weekend Rocks stall-markets and rich dining facilities make it a must-go. Historic pubs such as The Lord Nelson add a rustic feeling to the awe-inspiring aura of the place. With all its heritage sites, close proximity to the Museum of Contemporary Art, and the vintage suburb atmosphere. The Rocks truly, is a glimpse into Australia’s soul.

Have you been to The Rocks, Sydney? Walked through the remains of Fort Phillip with thoughts of the original settlers all those years ago? Let us know your experience, please comment below, or share your experience’s here.

Also See : Top 10 Reasons to Visit the Birthplace of Australia, Sydney in 2020

Read This: Things to do in The Rocks Markets – Sydney, Australia 2022