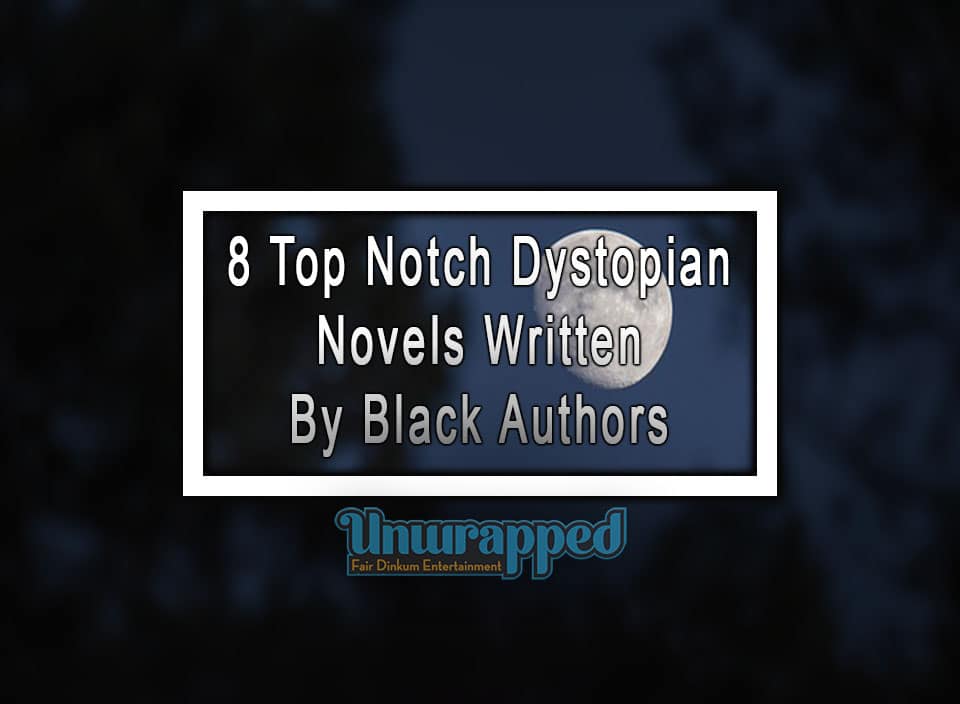 Black authors are slowly making names for themselves in the literary world. While most dystopian novels tend to be dominated by white protagonists, there are several titles that embrace diversity but are being overlooked. Dystopian fiction is such a diverse genre that can be a gateway for many complex and timely discussions for everyone.

Here are some of the most interesting dystopian reads created by black authors.

The novel poses an alternate world in which Africans colonise Europe, thereby making the Europeans their slave. It is set in fictional England where the Noughts (blacks) are the superior race, and Crosses (whites) are second-class citizens.

Naughts and Crosses successfully tackles racism, politics, interspaced with romance and drama. With its effective narrative switching, the novel creates a multidimensional world and complex characters with convincing dialogue and and

This rare gem of a masterpiece by Malorie Blackman is a timely read that readers of all ages, colour, and background will find compelling and thought-provoking.

Parable Of The Sower

Octavia E. Butler crafts an imaginary post-apocalyptic world where a woman named Lauren possesses an extreme sense of empathy which she would, later on, use to redeem the world and humanity.

This insightful take on the great disparity between the rich and poor, and world destruction solidifies Butler’s place in the dystopian genre.

The first in Butler’s Earthseed series, the Parable of the Sower is greatly influential and challenges the readers’ views on life, violence, and civilization.

The City We Became

The City We Became is a 2020 novel that revolves around the premise of cities being embodied by an avatar. It follows the fall of New York City’s avatar and its subsequent attack by an ancient and malevolent spirit within.

The novel is a brilliant social commentary masked under inventive science fiction, fantasy, and powerful plot and characters. It beautifully parallels real-life and alternate New York through an enthralling story.

Released in the midst of a pandemic, this novel from New York Times bestselling author N.K. Jemisin is an adulation for New York City and its beauty and flaws.

Another masterpiece from author N.K. Jemisin, this novel serves as the first book in The Broken Earth series. The novel details the struggle of a woman named Essun, and her journey to save her daughter in a civilization that’s on the verge of collapse.

This well-crafted dystopian novel captivates readers through its creative narrative device, as well as its inherently complex and diverse characters. Readers are instantly drawn to the alternate world it builds, and the contemporary issues it beautifully tackles.

The Fifth Season is the novel that cemented Jemisin’s name in the dystopian fiction genre. It’s a wildly creative and thought-provoking.

In this dystopian world, a Barrier creates a break between the world – dividing civilizations, propelling chaos, violence, and drift among its people. When a treaty goes into works, an unknown force goes at length to stop it.

The novel goes on to delve more into the aftermath of the treaty and insights on poverty, race, and violence. This page-turner captivates readers from the very first page.

As the novel goes on, it doesn’t fail to deliver on its powerful premises. Mindscape is the famous African-American playwright Andrea Hairston’s debut novel.

This unprecedented novel details on seven-year-old girl Tan-Tan in an alternate universe unseemingly controlled by an information system-like mythical figure.

Midnight Robber uses its narrative language to effectively deliver its call for action message. This coming-of-age dystopian novel borrows cultural and folklore themes that tell the story of oppression and alienation.

In post-apocalyptic Africa, Onyesonwu, an Ewu, is a peculiar being conceived by rape. She goes on to discover unique abilities that empower her to travel into a different dimension wherein she realises an unknown being wants to take her life.

Who Fears Death further enlightens us on a brutally patriarchal society and how women strive for their freedom. Although flawed, the main character captures the readers’ attention and successfully wins their hearts.

This award-winning literary masterpiece from Nnedi Okorafor manages to unveil various problematic issues in modern-world Africa. She does beautifully through conferring great depth to her characters and pacing her story brilliantly.

Brown Girl In The Ring

The future city of Toronto is isolated and in chaos. Its citizens only get by through bartering and making do with what’s left of their city. Ti-Jeanne must turn to the ancient powerful gods to redeem her city and solve the mystery about her family.

Its alternating point-of-view narration allows the readers to go deeper into the characters’ psyche. With strong female leads and a compelling narrative, the Brown Girl in the Ring is overall a pleasant read.

Dystopian novels primarily circle around themes of oppression, inequality, poverty, and extreme violence. It is a common avenue for many other genres in fiction to deliver their message across. Over the years, black authors like Octavia E. Butler and Malorie Blackman have paved the way for dystopian novels centred on less represented communities.

Things to Look For In The Matrix – Rewatch For Easter...