Fan Of “The Handmaid’s Tail”? Then These Dystopian Books are for you 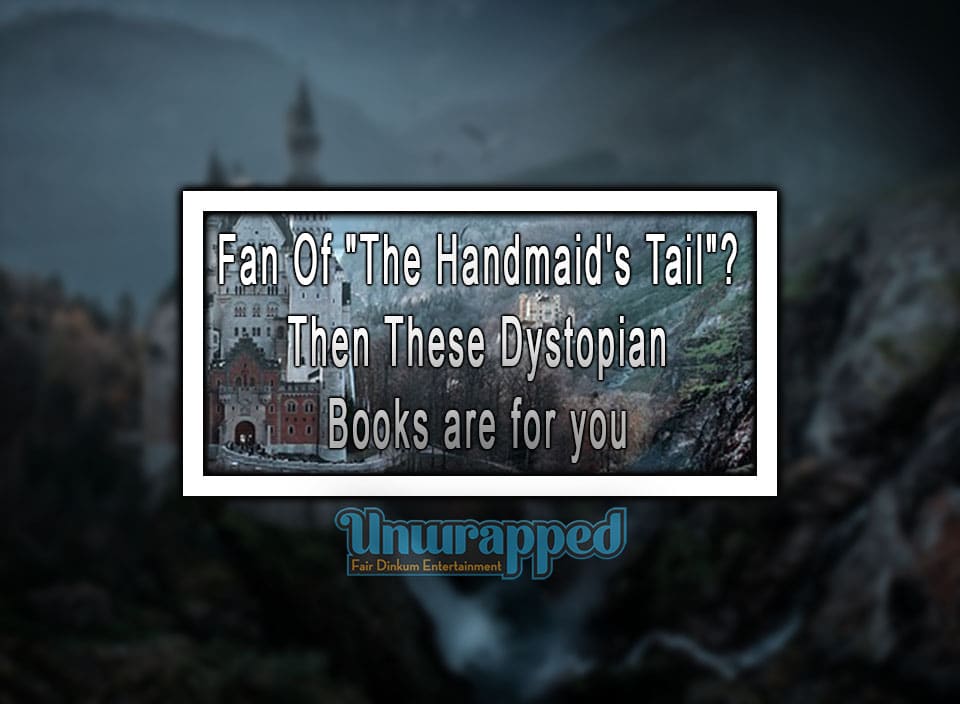 What’s So Similar to The Handmaid’s Tale and These Dystopian Books?

You can name a few dystopian books that have left a mark in the literary world, and among the most notable classic ones is Margaret Atwood’s “The Handmaid’s Tale.”

Atwood’s masterpiece is a force to be reckoned as it depicts many aspects of life and society, in general, especially for women. From patriarchal, totalitarian government to empowering women, which leads to a great story, provoking our deepest senses to realize the importance of equality and the ramifications that come with excessive oppression.

So, if “The Handmaid’s Tale” stirs more interest to you to read more stories like it, don’t get in a fluster, as I have you covered. I just happen to have quite a bunch of dystopian books collection like that of Margaret Atwood’s award-winning crowd favourite novel.

One of the significant factors in “The Handmaid’s Tale” is the totalitarian government and its patriarchal ruling that the character is facing. By saying so, here are some of the dystopian books similar perspectives.

Alice Walker highlights the patriarchal angle in her award-winning novel “The Color Purple,” which also became a mega-hit in the box office for its film adaptation.

Celie writes her story to God, telling him about the physical and sexual abuses she receives from her father continuously that even resulted in her pregnancy and becoming the mother of her own father’s child.

Her struggle with violence didn’t end as it continued even after her marriage to another man.

Women, in particular, get involved in messy web transgressions against the autocratic new rule of the society where abortion is illegal, and the embryos have the right to live. It details the oppression of women to decide for their well-being and the fury that comes along with it.

It’s the first book of the three-book series under the same name “Matched” by Ally Condie.

Similar to “The Handmaid’s Tale,” where totalitarianism of the current government rules the land, Condie’s book also revolved around the subject.

In this novel, she depicted a society that is in strict, extreme restrictions, and repressions. The citizens live basing on what the regime has assigned for them, which means from choosing their life partners to selecting their careers, everything is according to the government’s law or decision.

And it tells a story of a woman who found out the tragic truth behind it all.

Following the totalitarianism and oppression of women’s rights, Christina Dalcher’s “Vox” goes after the same content.

In a despotic society, where women are restricted to voice out their opinions, the government imposes a new law that women are allowed to speak only for a particular number of words.

Yōko Ogawa created a similar plot of totalitarian government where all citizens bizarrely forget everything and everyone in their lives.

Anyone who still remembers a thing or a memory in the past gets followed and confronted by “The Memory Police.” A female novelist goes out of her way and discovers the dreadful truth behind the mysterious disappearance of everyone and everything in the community.

Among the other strongest points in “The Handmaid’s Tale” is the outlook in feminism, illegitimacy, outcast, and unwanted children. Thus, below is a handful list of the most remarkable creative writings that feature these four particular attributes in the story.

Scott Westerfeld made this controversial and thought-provoking novel about how the government brought up women in believing that they were born ugly, and the only way to make them pretty is a particular procedure.

However, the lead character finds out about this appalling truth that will drive to defy from the law.

Kazuo Ishiguro boldly well-crafted this “2017 Nobel Laureate in Literature” award-winning piece “Never Let Me go” that details a haunting reality of what’s supposed a dystopia society that ends up in the children’s tragic fate.

They’re the unwanted children groomed and well-taken care for the government and other people’s benefits.

It tells a story of unwanted children or teens getting “unwound,” or salvaged, cut, and organs get taken out from their bodies to be transferred to another human being to live.

“The Power” showcases women in power, in the literal sense as they can produce electric jolts with their fingers.

Victoria Aveyard’s “Red Queen” centres her story on a Red girl, who belongs to the low-class commoners, and has no choice but to serve the Silver elites, according to the law.

She unravels her superpower while working under the Silver household, which they try to hide upon knowing it, as she holds a lethal power that can end everything.

Apart from the five novels mentioned above, “Cinder” by Marissa Meyer is also a good read book with more than eight over ten points to boast in rating, which is the contemporary version of the highly famous “Cinderella” story.

“The Darkest Minds” by Alexandra Bracken and “Parable of the Sower” by Octavia Butler both depict a story of a girl, who became an outcast yet eventually learns the power they hold on their hands.

New Additions to Dystopian Books like “The Handmaid’s Tale”

Along with my never-ending quest of finding worth reading novels, I came across these new exciting additions to my list of dystopian books, which are specifically similar to Margaret Atwood’s “The Handmaid’s Tale.”

This brave and thought-provoking masterpiece by Miriam Toews, based on real events, tells a story of Mennonite women’s tragic fate in the hands of their fellow male members.

“Women Talking,” details the talk and debate they secretly hold about leaving or staying in the group after they discovered the horrifying truth behind the wicked totalitarian and patriarchal system running their organization.

All illiterate, they later found out the devastating truth that what they thought as demons repeatedly violating them during the night because of their sins are, in fact, their men. Now, they are standing for the truth to protect themselves and their daughters.

A debut novel by Sophie Mackintosh that’s also gaining increasing attention from the crowd of readers is “The Water Cure.”

Mackintosh raises her concerns about violence against women, as she depicts a narrative about a world where women are no longer safe, and one father desperate move to protect his three children from the lustful desires of men.

Written by the “YouTube” influencer Joey Graceffa, “Children of Eden,” depicts a story of an illegitimate child or an outcast in a world where the population is extremely, severely controlled by the government.

Kept in secret by her family within their compounds, she rebels and discovers an exotic world outside from their home, turning her into a renegade by the law.

Jennie Melamed created her first-ever novel, beguiling and provoking everyone’s senses with her depiction of absolute in the horrible patriarchal system under totalitarianism.

“Gather the Daughters” is a dystopian book quite similar to “The Handmaid’s Tale” with the rule of the land and the suppression of women through the limited and controlled roles they play in society.

Prayaag Akbar fascinatingly created this feminist-fiction-dystopian novel that revolves around the life of the book’s namesake “Leila.”

The story chronicles a speculative fictional plot where the value of purity heightens. Walls are building up, and thus, dividing and restricting communities.

A mother is dangerously out searching for her long, lost daughter Leila, whom she lost one summer, under the strict mass surveillance and aggressive repeaters. And that is where the story will evolve and follow.