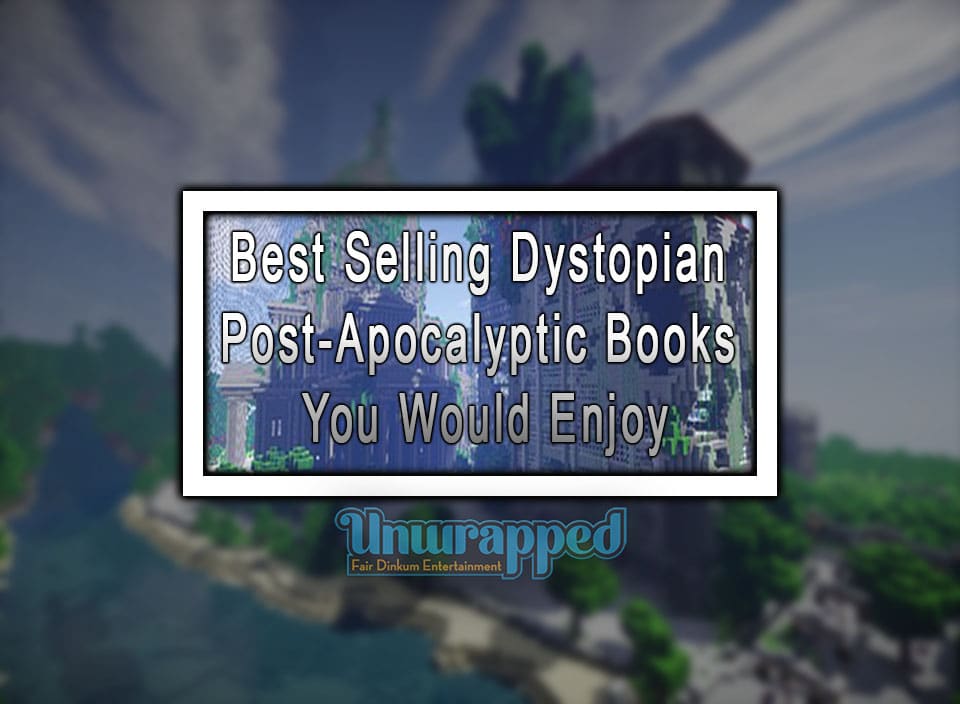 Top Post-Apocalyptic Dystopian Books For Everyone

An appalling backdrop is one of the most common and significant factors in dystopian books. It’s either in an apocalyptic or post-apocalyptic setting.

Post-apocalyptic themes come quite more often than any other setting in dystopian literature as it depicts a dreadful world, which is inarguably always almost the usual subject of dystopian books.

By saying so, I’ve dived into the world of post-apocalyptic dystopia creative writing and came out with a list of some of the best novels that I’ve read in this genre. Most of them are from my old collection, and some are new additions to my list.

Here are ten of the most heart-wrenching and distressing post-apocalyptic dystopian books that you may haven’t read yet, but I have included in my to 100 worthy-to-read novels of dystopia after the apocalypse.

Cormac McCarthy’s “Pulitzer Prize” award-winning novel “The Road” is an epitome of what a post-apocalyptic dystopian world appears.

It chronicles the journey of a father and son in a land dreadfully wretched by an unknown blight and comes with flashbacks of his wife, the mother of his child, days before the catastrophic disaster happened.

Nobel Prize award-winning author José Saramago beautifully crafted this novel about the widespread of a mass epidemic called “white blindness,” which affects almost everyone in an unknown city.

The story follows the misfortunes of a group of characters, who are the first few to get hit by the “Blindness” and will create a wonderful family-like bond together, as they go through the rife and fight against the repressive government that’s holding them captive in a vacant mental facility.

Life As We Knew It

Another post-apocalyptic dystopian book, which is decently a good read novel, is from the creative mind of Susan Beth Pfeffer entitled “Life As We Knew It.”

It portrays the life of a teen girl alongside her mother and two brothers in a post-apocalyptic world of ruins after the moon got struck by a meteor that brings it nearer to earth.

Paolo Bacigalupi gave us an enthralling post-apocalyptic dystopian world where civilizations have declined due to environmental deterioration in his 2010 novel “Ship Breaker.”

The author narrates the life journey of a teen light crew worker whose mom passed away and is living with his alcohol and drug dependent father. When a storm strikes, he rescues the daughter of a rich merchant, which didn’t sit well with some parties in the society.

Susan Ee’s 2011 novel “Angelfall” is the first published book in her series “Penryn & the End of Days,” which details a world where street gangs have ruled the night and warrior angels flew down on earth to demolish of what remains.

It also follows the story of teen girl Penryn, who is out to get her sister from the warrior angels, as they took her when they left San Francisco Bay, with the hope that she can save her through the fallen and the wounded angel she helped.

Published in 1985, “The Postman” trails us a story of a man who wears the uniform of the “United States Postal Service.”

David Brin begins the story following the man in the uniform whose primary purpose of wearing it is to keep him warm. He lost everything to robbers. However, the twist of the story provides us a climatic excitement as he ends up influencing people with his ideals in the ruins of what is now the post-apocalyptic society.

It details a harrowing world after the nuclear war where “The Man of Many Faces” or “The Man with the Scarlet Eye” roams the earth disguised in many forms and told to be the culprit of the nuclear war as he seemed to see it as amusing.

While he’s out and about creating chaos everywhere, he’s also awaiting to catch the heroine of the story “Swan” whose touch can speed the growth of the plants or restore them to life.

Outlining a post-apocalyptic world of dystopia, “The Testing” by the author Joelle Charbonneau is also a must-read.

It chronicles the life struggles of a high school student who has to go through a daunting and dangerous competition to enter the university. All of that with the reality of the society she’s in, where admission undergoes grueling, extreme restrictions, and exclusivities.

This novel is Moira Young’s first published book and the inception of her trilogy or series entitled “Dust Lands” in 2011.

“Blood Red Road” takes us to one thrilling ride about a teen girl’s journey to save her brother, whom “four cloaked horsemen” kidnapped while living in the shrivelled wasteland community called the “Silverlake.”

While on her search for her brother, she discovers her skills that she has never known.

Aside from the ten heart-rending novels that I listed above, here are the other popular and notable post-apocalyptic dystopian books that received a good read rating and are some of my classic and contemporary favourites.

These are the novels that received a good rating from “Goodreads,” and I gave above seven to almost ten ratings with ten as the perfect point.

After listing down ten and more of my favourite post-apocalyptic dystopian books, I’m going to share with you five of the new discoveries I found and are also exciting to read.

This five-book series of Kyla Stone starts the first book with the same namesake “Edge of Collapse,” which sets in a post-apocalyptic dystopian world after a super electromagnetic pulse blew up and crashed down the power grid of the country.

However, what seems to be the catastrophic end of the world is the freedom of the twenty-six years old main character in the story, who has been held captive for five years by a perverted psychopath.

The breakdown of the power grid deactivates her prison’s lock, and so, she receives her freedom after half of a decade of being locked up. From there, she’ll begin a new journey in the appalling fate of the nation.

Moon of the Crusted Snow

A new addition to my list is from Waubgeshig Rice, “Moon of the Crusted Snow.”

Rice bravely tells a story of a post-apocalyptic dystopian society where darkness begins to sink in, as winter is coming. People become anxious, and panic arises as food supplies decrease.

While a handful of members of the community is trying their hardest to maintain peace and order in their community, an unexpected guest came to surface, and soon, many others followed.

Joining them, the visitors start to create animosity to take over their reserves. The tension is high, as the situation worsens every day with the visitors making everything in chaos.

“The Drowned World” depicts the outcome of global warming. It backdrops a world that is unliveable by mankind and follows a group of scientists, who are out in a flooded, deserted London, searching for continuous developments that they can find in the environment.

You may also read “Earth Abides” by George R. Stewart, “One Second After,” by William R. Forstchen, and “The Machine Stops” by E.M. Forster, which receives quite a great response from the readers, and I find distinctly unique, entrancing, and frightening with their respective plot twists and fierce characters.

Ultimately, post-apocalyptic dystopian books give us that heart-throbbing and nerve-wracking narratives in dreadful or terrible settings of what known to be the ruins of the earth, leaving dreadfully devastating societies and striving communities.

Must-Read Novels Based on Feminism in Dystopian Genre

Critical Analysis We by Yevgeny Zamyatin