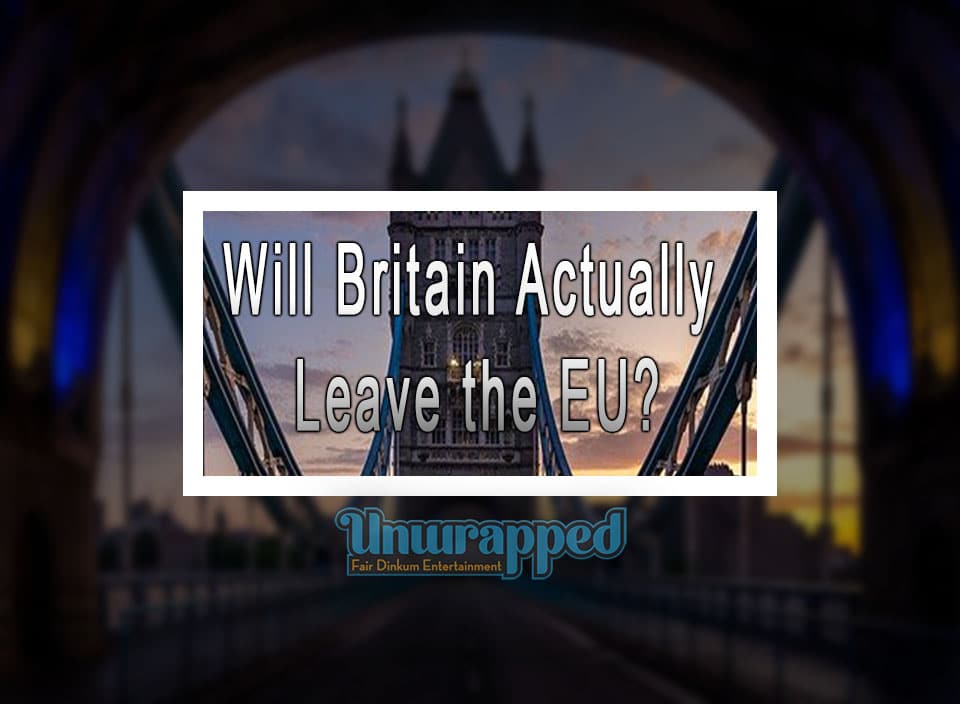 Is Britain Actually Leaving the EU?

The European Union, abbreviated as the EU, is an economic and political partnership of 28 European countries. It was formed at the end of World War Two so as to encourage economic cooperation. The other idea behind it was that countries that carry out joint trade were less likely to war each other.

The EU has from that time been growing and is now a “single market.” people are now able to move goods around as though the member states are a single country. It operates on its own rules, its own parliament and its own euro. The euro is used by 19 of the 28 EU countries. The set of rules touches on various sectors like transport, environment, mobile phone charges and consumer rights.

Will Britain Really Depart the EU

Brexit has happened, there are a number of questions that beg for answers. One of the most important one is whether Britain will actually leave the EU.

For the UK to leave the EU, Article 50 of the Lisbon Treaty has to be triggered. This empowers the two sides to start negotiations that will take about 2 years. Theresa May has said that Article 50 will be invoked at end of March 2017. The implication of her confirmation is that Britain may leave by the summer of 2019. Of course, that is depended on how the negotiations are timetabled.

Among the hot things to be on the negotiation table are immigration and trade. We will get to know the UK demands on the two after the start of negotiations.

Who are the British Negotiators?

As they will be trying to strike the international agreements, it is the PM Mrs.May who will have the final say. Before Brexit, the government had not done any emergency planning. It is now on the rush to assemble a team of skilled negotiators to manage the complex withdrawal process.

How Long will it Take for Brexit to Actually Happen?

After the invocation of Article 50, the UK will get two years of negotiating its withdrawal. But no person has exact details of the working of Article 50. This was created in 2009 and never has it been used before.

The former Foreign Secretary Philip Hammond was on the Remain Camp. He says that Britain may need up to 6 years to fully negotiate its deal with the EU. 27 national parliaments will discuss Britain’s terms to leave the EU. That may need quite an amount of time, he argues.

EU law still stands in the UK until it ceases being a member. The UK will continue to abide by EU treaties and laws, but not take part in any decision-making.