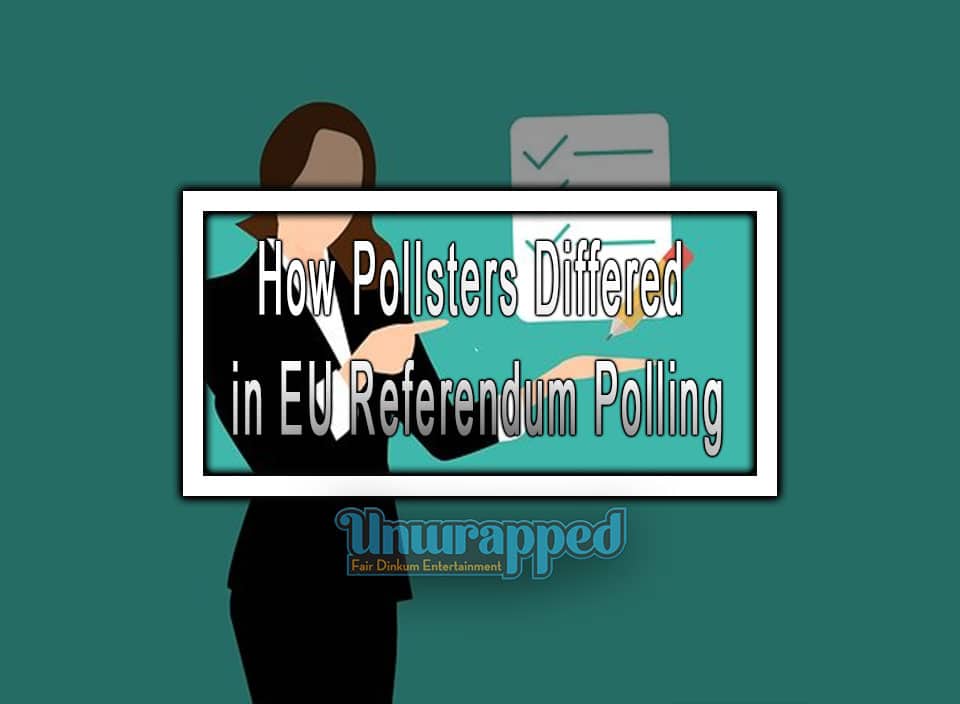 EU referendum Polling  – The Leave Camp won despite predictions by some pollsters that The Remain Camp would win the EU referendum.

Was it a repeat of history in last year’s general elections? And if that is true, why did it happen so?

There was one interesting, hard-to-ignore fact. Professor John Curtice was the only pollster that got it right in 2015. But in this referendum, he was wrong. His prediction was that the Remain would get a comfortable victory.

On the other hand, the online polls were not so definitive on which side would win. They showed a tight competition between the two. The phone polls had a bigger variant at the start, with the Remain predicted to win. But as we arrived at the penultimate week of the campaign, there was a change. The gap became closer, just like in the online predictions.

EU Referendum Polling  – What of the Ipsos Last-Minute Prediction?

At the very last day of the campaign, Ipsos made an extended fieldwork. Their last verdict was that the Remain would win by an 8 points margin. With all these predictions and the state of the financial markets, Nigel Farage was ready for a defeat. He even declared that night that “It looks like Remain will edge it.”

EU Referendum Polling  – What Made the Polls be Wrong?

The analysts turned a blind eye to the phone and online polls. They guessed that these polls could not include extensive demographics. They, therefore, ended providing false encouragement. Some other pollsters may well have been just too afraid to go for the Leave, after all look who is paying them.

They had to take unusual measures with the final polls so that they were deemed to elevate the Remain. This is not to suggest that there was a conspiracy. Rather, it is an indictment that firms were pressured to give accurate results.

The betting markets, on the other hand, favored the Remain by up to 96 per cent at the last minute. They were completely wrong.

For those who followed the journey with Australia Unwrapped you may remember our own exit poll plus social media analysis predicted the result:

Read further on Brexit and how the post EU era will possibly play out!

Also See : Australian Slang and Its Influence on the English Language

Stay Connected
41,936FansLike
5,681FollowersFollow
816FollowersFollow
Previous article
Can Andrea Leadsom be the Next Conservative Party Leader?
Next article
Who are The Key Politicians in Australia Federal Election?