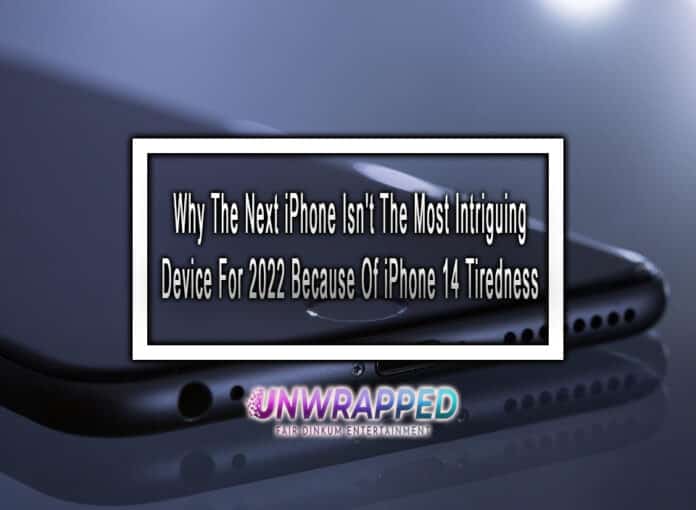 It might be challenging to arrive at the iPhone launch day without being utterly worn out by the leaks and speculations that have been going around. Not because of the information, but rather because of how much of it was and how funny it made people laugh. For months, leakers continuously utter predictions and details about the upcoming iPhones, frequently with questionable integrity. This is since many minor leakers attempt to capitalize on the hype around the iPhone. Still, top leakers often have some trustworthy information.

Since this is a smartphone, there isn’t much to say about it; many leaks repeat the same information. The same information—about cameras, screen size, etc.—recurs frequently. Remember that Apple has decreased the rate of design change between its new smartphones year over year (the iPhone 12 was the last major upgrade two years ago), and the iPhone 14 – particularly the base model – will likely be the same as the iPhone 13 with a few minor adjustments.

Also See: The Google Engineer Who Believes The Company’s Artificial Intelligence Has Come To Life

It can be pretty hard to feel any excitement for the iPhone 14. For some forthcoming phones, however, that is not the case.

There has just been a leak for the Xiaomi 12T, which revealed some probable camera and screen specifications, but not quite enough to give us a complete picture of the device. The Sony Xperia 5 IV has not been mentioned. Our scant information on the Huawei Mate 50 leaves us unsure of its release date.

And that’s where the grief and exhaustion start. Since its clients are likely to purchase the iPhone or, at the very least, a Samsung or OnePlus flagship phone equivalent, Apple is aware that it doesn’t need to provide frequent upgrades to maintain its customers’ interest in every new feature is released.

The incredible power, screen design, folding displays, or 200MP cameras on the so-called “minor brands” are attempts to get people excited about what could be coming. We should all find that stimulating. This is why the other companies have to work so hard on innovation. We acknowledge that there isn’t as much innovation in the smartphone space as there once was (there’s only so much you can do with a black rectangle), but that doesn’t mean other technological advancements, such as lightning-quick battery charging or outstanding gaming cooling, aren’t exciting.

Check Out: Estimated Fall Guys Free-To-Play Launch Date. Did I Also Mention Free For All?

There is a particular fascination with the unknown. Since we know so little about these new phones, it’s much simpler to become enthusiastic about them even though we know roughly which manufacturers are more likely than others to innovate in this fashion.

Even devices with great information, like the Motorola Razr 2022 or Google Pixel 7, are shrouded in more excellent mystery than the iPhone. We don’t know the Razr’s pricing or the Pixel 7’s camera specifications.

So, if you’re anticipating the iPhone 14 and have managed to avoid iPhone fatigue up until this point, check out some of the other Android phones that will also be released this year. Even though you’ll probably still end up purchasing the iPhone 14, there is still a lot of exciting tech magic happening that you should be aware of.

Read: Review Of The Movie Thor: Love And Thunder: A Witty Marvel Sequel That Recognizes Its Silliness

Stay Connected
52,651FansLike
5,673FollowersFollow
829FollowersFollow
Previous article5 Movies You Must See In August 2022
Next articleOn September 7, Apple Will Introduce The iPhone 14, And Maps Will Have Advertisements