Skip to content
You are here:Home / Why Is Cricket So Popular? 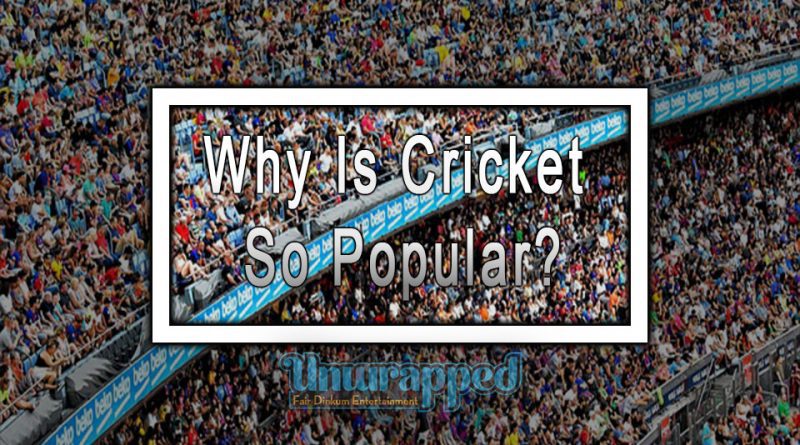 The Reason Behind the Popularity of Cricket

Once England’s popular summer sport, cricket is now played globally and most famously adapted by India, Pakistan, Bangladesh, Australia, West Indies, New Zealand, and South Africa. In the past, the Britishers keep introducing cricket wherever they began colonization. The hockey game is the original national sport of India, but cricket has been played religiously more than any sport and is considered a religion by true cricket fanatics. The cricket fans do worship their favorite cricket players.

Cricket was brought by Britishers in the late 18th century to India during their colonization. Surprisingly, India becomes the world-famous cricket country by the end of the 20th century and become the home for international cricket tournaments. However, due to India and Pakistan rivalry, the cricket matches at the stadium or TV channels and OTT platform gets the highest viewership that has broken the record of any other sports viewership.

There are many reasons why cricket is so popular, including the strength and flexibility of the team player. In addition, cricket contributes to strict physical training and discipline that helps people adopt a healthy lifestyle.

There are several names of cricketers, including Sachin Tendulkar, Yuvraj Sigh, Virendra Sehwag, Virat Kohli, and many others who dominate the cricket industry, and they are idols for numerous people. However, there are multiple reasons to consider cricket as one of the sports. Here are seven reasons why is cricket so popular:

Every sport, including cricket, helps to build physical strength. However, cricket is helping more to create a healthy body due to the match happening at the open ground. The player needs to be strong enough to control the body and mind in the scorching heat and develop the endurance to train in harsh winter.

Cricket has 11 players, and each player needs to coordinate with each other to win the game. Thus, cricket encourages each player to understand their team players, and this development makes them more supportive and works towards the greater good. Cricket also teaches to be more focused on games. One single mistake can lead to injury.

Many youths are drawn towards cricket because the sports are easy to learn and teach them strategic development and self-disciple, which can help them in other areas of life.

3. Cricket is the Second Sport After Soccer That Contributes to the Global Economy.

Every year the cricket league grows bigger and attracting more people. For many reasons, cricket often relates to the money business because it is a highly paid sports event that attracts millions of people. Big businesses, including celebrities, trade money, build an IPL — Indian Premier League team and gets team players on board. So the more exciting match is, the more business people cash in.

Apart from the money business people earn, the cricket team players earn considerable money from tournaments they play. Higher the amount, the higher the taxes contribution.

Along with that, there are lots of other factors that contribute to the countries economy. For example, to host the IPL matches, several stadiums in India have been revamped to hold the cricket tournament. The construction of the new stadium is attracting more people to visit and watch the cricket event live. The other popular reason is the digital OTT platform, and TV channels earn billion dollars for the rights of cricket matches.

Cricket also contributes to hospitality, travel, and tourism. Cricket fans are ready to travel from one city or country to another to witness their favorite cricket player playing at the stadium. Thus, it helps in the growth of the tourism industry.

India has become the “Cricket Capital” of the world. When IPL — Indian Premier League come into existence in 2008, it was suddenly a massive shift in the history of cricket where all the best cricket players worldwide gather and play the cricket tournament in India.

The competition in IPL is not limited to the cricket tournaments, but also the glamour and money involved, making the match more exciting. As a result, IPL has got more fans globally and has drawn many youths to build a career in cricket.

In the past 13 years, IPL for many people has boosted the Indian and global economy and has boosted the tourism industry responsible for the stay and travel of the cricket players.

5. The Richest and Powerful Cricket Boards Globally are ICC and BCCI.

ICC — International Cricket Council and BCCI — Board of Control for Cricket in India are the most potent cricket organization. BCCI handles all the cricket affairs in India, while ICC handles the international cricket affairs globally. BBCI is an independent body that takes the decision themselves without the involvement of the Indian government.

BCCI controls major cricket matches within India or internationally, has the highest revenue shares, and is considered the most influential cricket board globally. Moreover, BCCI has continued to gain its most elevated position globally by supporting various countries, organizing cricket matches, and makes cricket more popular than any other sport.

6. Brands Prefer to Advertise at Cricket Events for High Visibility.

At the time of cricket matches, people are glued to their TV and mobile screens to watch the live event. Hardly one out of a thousand people will switch to other channels while a cricket match is going on during breaks. The brands that choose to advertise get high visibility and attract more audiences.

There are thousands of people buy tickets and watch cricket tournament live at the stadium. Many sponsors and brands put their banners or offer their services/products at the stadium and target the audience. People often get attracted and wish to try the services or products on the spot. The brand promo at the cricket events is proven to be more effective than any other marketing strategy.

7. Cricket Gambling is Next to Blackjack.

Though cricket is widespread globally, few countries dominate the sport and participate, but almost 80% of the world countries participate in cricket gambling every year. Numerous gambling happens worldwide; when major cricket matches — T20, IPL, or Worldcup are taking place, cricket betting numbers grow tremendously. Cricket betting is a way for people to earn more money on predicting the score or winning team, or best players, or runs, and it is a double bonanza for bookies to be in the betting game.

The Indian Premier League — IPL is the biggest cricket event which is the most awaited tournament features some most prominent cricket players from different countries globally, attracting more gamblers. Even though cricket betting is illegal in India, 70–80% of all the betting in India is for cricket every year. Leveraging advanced technology, cricket gambling is also available online.

The devotion towards cricket makes it grow tremendously, which is why cricket is so popular. Even though cricket is a more money-making business for many people when the tournament takes place, cricket has numerous reasons to be one of the best sports played and loved by all age groups and genders.

Keeping the professional cricket players aside, cricket is one of the most accessible sports to play without any mess and the need for bigger space. Informal cricket match needs two-player with a ball, bat, and stumps. Cricket is the favorite sport played by kids and youth, even in the tiniest lane in India and Pakistan. 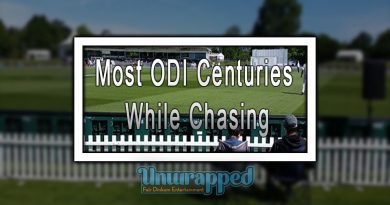 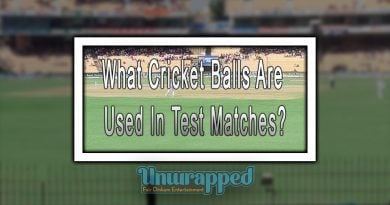 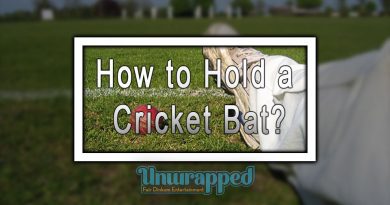 How to Hold a Cricket Bat?

What Is a Cricket Ball Made Of?