Skip to content
You are here:Home / 5 Cricketers Who Represented Two Countries 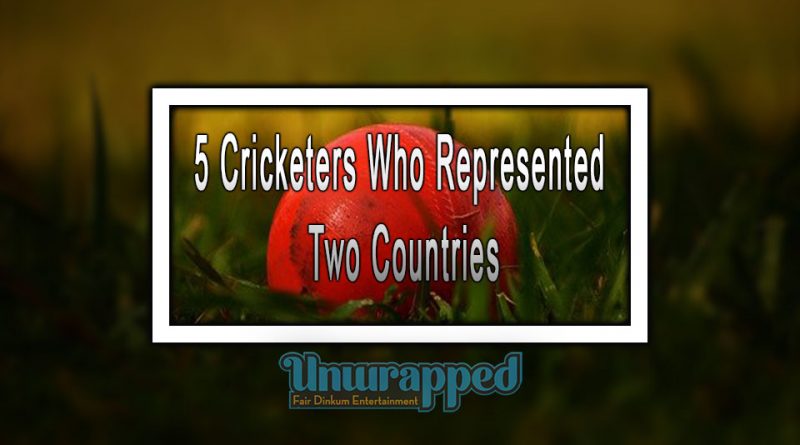 For many athletes, the dream is to be able to represent their country, especially in the international arena. And in many sporting events, a person is permitted to play for a particular country as long as they are able to meet the qualifications or requirements that are set in place by the governing body. Even if an individual is a citizen of two nations, for the most part they can select which country they wish to play for. Thus it is possible for a sportsman or sportswoman to play for two countries. Oftentimes, players will switch to one team franchise or country after a season is completed. Playing for two different countries at the same time is however not commonplace. Except for athletes in the cricket world that is.

How is this possible you ask? Well, this is because there were no absolute rules set in place at the time cricket was invented when it came to the representation of nonlocal teams. At the time, it was doable to switch between nations that a player wanted to represent.

Nowadays, however, citizenship plays an essential role in determining which country a player can represent in the international field. According to the ICC or International Cricket Council’s policy, a cricketer is eligible to play if they started out with an Associate team from the start. Only then can they be allowed to immediately go for a Member team.

On the other hand, if a player starts out as a Full member (Board of Control for Cricket in India, Cricket Australia, New Zealand Cricket, etc.) he or she can only join an Associate team three years after their last match as a Full member. It should however be noted that each country will still have its own set of requirements aside from the ones set by the ICC.

In over a hundred years in the history of cricket, there have been several cricket players who have displayed their talents for more than one country. The first known cricket star to have represented two nations at the time of his sporting career is Billy Midwinter. Billy represented both Australia and England during his time in the sport. Records indicate that he played Test Matches for team Australia before playing a handful for England. Since then, many more players have followed suit. These are the most recognized cricket players who have represented two countries.

Recognized as the most successful cricket player to have represented two countries is cricketer, Eoin Morgan. Standing 5’9”, he is a left-handed batsman who played cricket for both England and his home country Ireland. Eoin made his cricket debut as a player for Ireland back in 2009. Not long after he made his intentions to represent England clear. Eoin, whose mother was English, was able to easily switch representations.

The Ireland-born 34-year old has a batting average of 41 credited to his name at the Cricket World Cup in 2019. This England captain also scored an amazing 371 runs in the same tournament. Thanks to his efforts and skills, Eoin’s participation in England’s first World Cup championship led them to their victory over New Zealand during the final match.

Prior to his career as a well-known cricket athlete, sporty Dirk Nannes was an impressive skier who followed the freestyle skiing discipline. As a skillful skier who performed aerial spins, flips, and other tricks on the slopes, his move to the cricketing league made his athleticism even more awe-inspiring. Adding to his sporting accolade is Dirk’s representation of not just one but of two international cricket teams in the course of his career. Now working as a commentator, he once played professionally for Australia and the Netherlands. This left-handed bowler was commonly spotted playing in T20Is. Dirk, who was born in Australia to Dutch parents, was able to compete for two nations thanks to his citizenship.

Also See: What is Wasp in Cricket?

Similar to his cricketing career, retired player Luke is now actively coaching both the New Zealand and  Australian teams. New Zealand-born Luke made his debut internationally for Australia’s cricket team. Unfortunately, he, however, did not reach his full potential even after playing for the team for many years. By February of  2012, this aggressive cricket batsman and exceptional wicket-keeper had enough of playing second to Australia’s Brad Haddin, it was then that Luke announced his move to the New Zealand squad. He made history for being the first-ever cricketer to play on an international level for two countries. Analysts commend his choice to represent the Kiwis where he had a successful career that included playing the finals in the Cricket World Cup in 2015. Luke Ronchi has close to 1500 runs with 85 ODI plays to his name.

Although no longer active in professional cricket matches, Ed Joyce can still be found enjoying a leisurely game or two. This former left-handed batsman was sighted playing for his beloved Ireland as well as for England. Unlike most players who started out for their homeland, Ed was first spotted playing for Middlesex, and then Sussex, before eventually playing for Ireland under the Leinster Lightnings.  His stint for England was short-lived, nonetheless, it included matches for the World Cup squad, as well as for the Ashes squad Down Under. Born in Dublin, Ireland, now 42 years of age, Ed had enjoyed a lucrative career that saw him in T20 matches, a Test match, and nearly 80 ODI cricket games.  Ed who is one out of nine siblings retired from cricket in 2018, he currently coaches the Ireland men’s team.

Former cricket player turned commentator, Kepler Christoffel Wessels was born in South Africa in 1957. During his career, this cricketer played for both his home nation as well as for Australia. From 1982 all the way to 1985, Kepler played more than a hundred ODIs and about 40 Test matches for team Australia. By the nineties, he switched back to his native Africa where he went on to play for four years in the international cricket scene. Kepler Wessels has an impressive batting stat of 41 with a total of over 3,000 runs in his ODI matches.

How to Oil a Cricket Bat? 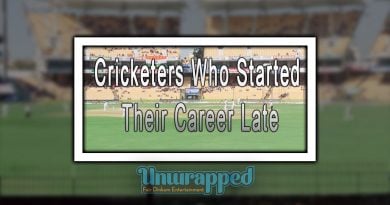 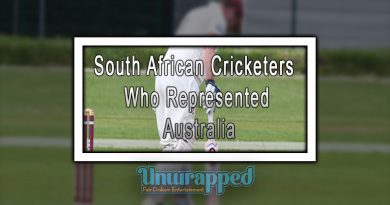 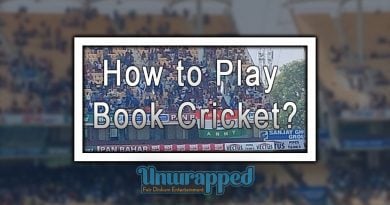 What Online Games To Play When You Are Bored?