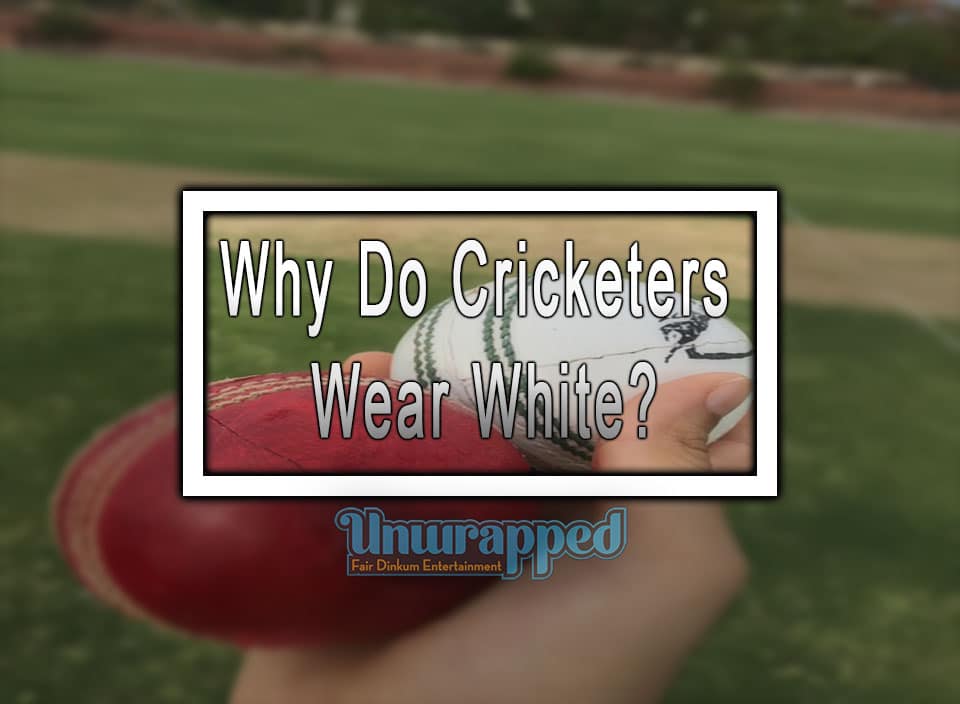 The Reason Why Cricketers Wear White

It’s only natural for athletes who participate in teams sports to don a uniform, especially when competing in a match. Uniforms allow players to easily spot their teammates while playing. This is particularly important in a lot of fast-paced matches where a jumble of people on the playing field or court can cause some confusion. Aside from easier identification, uniforms show team spirit and unity.

Modern sporting attires are not only made with the best materials that technology could offer, the designs also became more inventive and colourful. The introduction of brighter colours was embraced by teams across the globe, even by the popular sport that is cricket.

Known as a “gentleman’s game” cricket ranks second highest popular sport in the world. And although colourful jerseys are now seen in certain matches, the traditional white outfit worn by cricketers still exists in test matches. An achromatic colour, white may appear like a bland choice for a player’s uniform, but there are reasons why cricket players still prefer wearing it.

Why do Cricketers Wear White?

The history behind the cricket white is rather interesting. Before white became a practical choice, many gentlemen players would come to a match wearing their everyday clothes. Doing so made gameplay more challenging, not to mention expensive due to the number of clothes that players back then would ruin regularly.

But before the pristine white attire that exuded the gentlemanly sense became a standard particularly for test matches, the first-ever professional uniform was a white shirt with striking red polka dots on it. Looking back, the design was interesting and very amusing. The polka dots are now far gone, here are the main reasons that make the white jersey worn in the sport essential

Spotting The Red Ball Becomes So Much Easier

When it comes to Test Matches, wearing white is just a logical choice. How come? During Test cricket, players often use a red ball. Thus, in a sea of white players, spotting where the red ball during the course of the match is so much easier.

Traditionally, Test matches have always used a red ball. It was only recently that a pink ball was introduced to the game. Since then it has become quite a popular choice during a Test cricket match. Just like the red ball, wearing white makes the pink more visible on the playing field.

In other cricketing formats where players are wearing jerseys that are coloured, a white ball is then used.

White has always been a traditional choice for a lot of sports. Don’t believe us? Golf, tennis, baseball, and even basketball are just examples of activities where white attire was a standard look during the day.

It should come as no surprise that cricket whites are long-established outfits worn in this gentleman’s game. During the 18th century, it was primarily the British Elite who first played cricket. Since Test matches were thought to be the purest and highest standard when it comes to playing cricket, therefore, it only seemed natural for players to wear the colour white which was an established colour associated with royalty.

Many have believed that the origin of wearing white can be traced back to white knights and their loyal steeds. Not only were white knights considered champions by kings, but they also symbolized elegance and chivalry. Furthermore, the colour is believed to be symbolic of equality amongst all those who play the sport.

When cricket was first being played, white cloth was easily available

As previously mentioned, the game of cricket was invented during the Victorian era or around the 16th Century. It was only however in the 18th century that the game went beyond the interest of southeast England players and was embraced as a national sport in Britain. At the time, the most readily available materials were in the colour white. Thus, opting for this colour became a practical choice of attire.

Also See: Top 10 Historical Moments In The NRL In Australia

White is great to have on when it’s hot?

If the previous reason had a historic background, this next one is more scientific and health-related. Anyone who has played a test match can attest to how exhausting a game can get. Not just for the players but for those around them as well. The game requires a lot of skill, consistency, and patience since it runs for five days.

Unless you are new to the sport of cricket, you already know that a test match is played continuously for five days. And as one would expect, playing a rather aggressive sport for that long can take a toll on a person both mentally and physically.

So what does this have to do with the colour of the jersey worn by a player? It’s actually very simple. Certain colours when worn are said to be absorbent of heat, while other colours are thought to be more reflective.

Usually, lighter colours are known to reflect heat, thus wearing jerseys that are white can keep the heat at bay. Since the sport was initially played as a summer sport, players were exposed to a lot of warm weather. Test matches require cricketers to be on the playing field for more than 8 hours each day, for a total of 5 days. Science has proven that wearing white clothing offers better protection against heat, compared to other colours. Wearers swear that wearing white is comfortable even when they spend a lot of their time under the sun, running continuously.

Other important benefits of wearing white are the following:

Although coloured jerseys are more common than ever -particularly in ODI matches, there is just something about an all-white attire that makes cricket players look much more distinguished. There is no denying that the initial choice of a white sporting outfit did bring out the gentleman in players. With test cricket matches having their own large fanbase, it’s safe to say that cricket whites are here to stay.

Top 10 Best Events and Festivals in Australia in 2020

How to Bowl Fast as a Pacer?