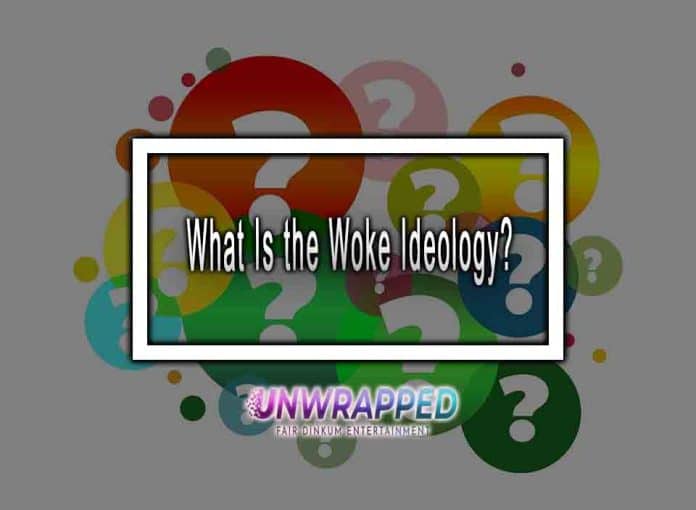 What Is the Woke Ideology? – Being woke is a term that has been used to describe people who are aware of their privilege and the oppression of others. The term has been around since the early 20th century, but it’s gained new popularity in recent years as it’s become associated with social justice movements like feminism and Black Lives Matter.

Keep Reading:  What Does Non-Woke Mean?

What Does It Mean to Be Woke?

When you hear the word woke, what does it mean to you? For some people, it means being aware of social issues and participating in movements for change.

For others, the word is a more general descriptor for those who are on top of current events and aware of political problems in our world.

But if we’re going by Urban Dictionary’s definition and because this website has been around longer than any other, the term “woke” can also be used to describe something as “not smart or intelligent.”

The woke ideology is a concept that believes in the importance of being aware of the effects of oppression and social injustice. The woke ideology seeks to challenge the status quo and improve the lives of marginalized people.

The term “woke” has been used as far back; in modern times, it’s become associated with social justice activism where it refers to someone who is aware of their own white privilege or power structure oppression and how to combat that system through actionable steps like cultural appropriation, microaggressions, etc.

What Causes a Person to Become Woke?

It’s not always clear what causes a person to become woke. There are many factors that may lead someone down the path of heightened awareness and empathy, but here are some of the most common:

Being aware of one’s privilege. This can come from being born into a marginalized group, or from having an epiphany after learning about how other people experience the world or it may be something you’re constantly working on in order to make yourself less ignorant about others’ experiences.

Reading and researching about the issues that affect marginalized groups, so that you understand what those issues are before you start engaging with them on social media or elsewhere online. For example, if you’re reading articles about racism against black people in America today and then want to participate in discussions online where these ideas are discussed regularly for example, Twitter.

It helps if you’ve already done some research so that you’re familiar with what’s going on before jumping into those conversations blindly. It also shows respect for your audience by showing that even though they may be discussing topics related specifically to their own lives like racism, they deserve respect too because they recognize there’s more than one side when it comes down right now.

What Is the Woke Ideology? – It’s time to wake up and realize that the world is changing. We can no longer ignore the social injustices that exist around us every day, nor can we accept unfair treatment from anyone. By becoming more woke, we can make our voices heard in a way that will help create positive change for all people.

Must See: What Does Wokeness Mean Today?