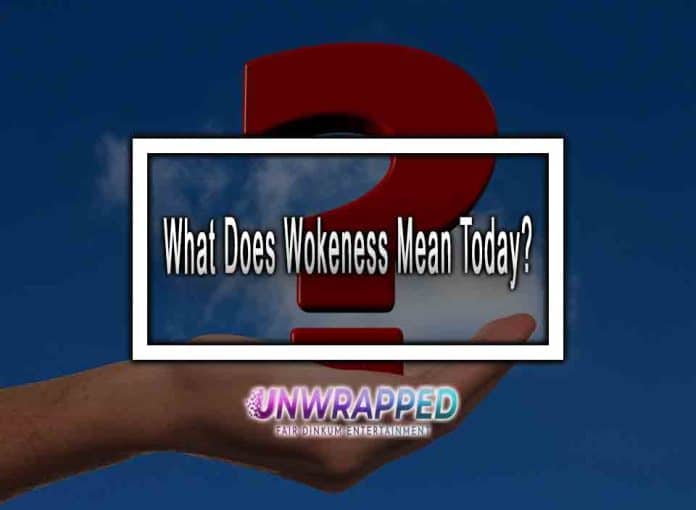 What Is Another Word For Wokeness

We’ve all heard the term ‘woke’ thrown around and used to describe various people. The word has evolved over time, and today it’s more complicated than ever. Some people may use it with the intention of being offensive while others mean it as an expression of support for those fighting for justice. We are going to talk about what wokeness means today;

Wokeness has evolved over the years. From a term coined to describe an awareness of racism and white supremacy, wokeness now refers to a more inclusive, educated, and appreciative society. Woke is a way for everyone regardless of race or gender to recognize that we all have struggles that need addressing. We live in a world where people are constantly being oppressed by their identities: women are oppressed because they are women; people with disabilities are oppressed because they have disabilities; black men and women face racial discrimination every single day.

The Wokeness of Today is Defined by The Intersectionality of Our Struggles.

The word “woke” has been adapted to describe this intersectional mindset: A person who is woke recognizes the ways in which oppression manifests itself differently depending on who it affects and works to combat all forms of discrimination at once in order to achieve equality for all.

Black and Brown People Are Finally Being Recognized As Whole People.

There are many problems to address in our world, but this is the most important issue. Over the past few years, we’ve seen a significant rise in recognition of black and brown people as whole people as humans who deserve respect for their thoughts and feelings, not just for their bodies. While there is still work to be done on this front for one thing, more than half of Americans believe that slavery was “morally wrong”, it’s clear that we are moving forward towards an ideal equality between all races.

The World is Learning to Embrace The Marginalized.

Wokeness is a state of being in which one learns to embrace the struggles of marginalized people. It has been defined as “a process of self-examination, education and growth through which one becomes aware of their own internalized bias.”

The term “woke” has evolved and we’ve become more aware, educated, and appreciative of those fighting for justice. Today, “woke” is synonymous with being socially conscious. It’s about caring about people who are different from you, especially marginalized groups like women and people of color.

In today’s society, the term ‘woke’ has evolved from a catchphrase used by millennials to describe their awareness of social issues to a full-blown movement that seeks to better understand the world around us. Wokeness has become an umbrella term for all these positive changes and it’s something every person can be proud

Keep Reading: What Does Non-Woke Mean?