What Is Ramsay Hunt Syndrome, The Uncommon Facial Disorder That Justin Bieber Suffers From? 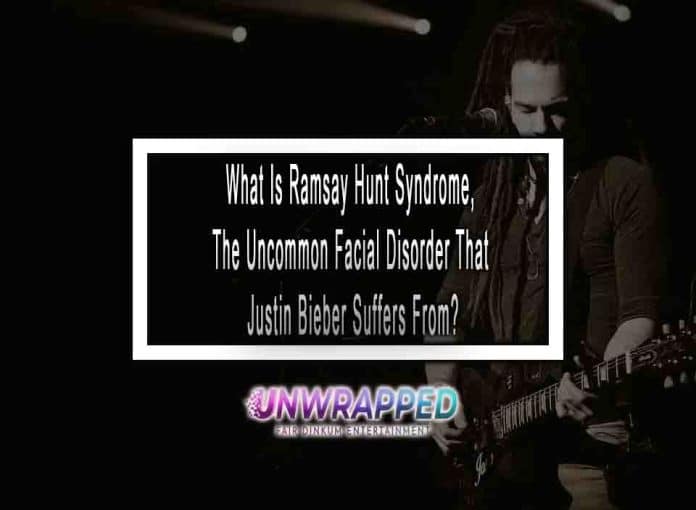 Justin Bieber has revealed that a viral illness known as Ramsay Hunt syndrome has left his face half paralyzed. Ramsay Hunt syndrome is caused by the virus called varicella-zoster that causes chickenpox and shingles. In a YouTube video posted on Friday, he informed supporters that the virus had struck “the nerve in my ear, facial nerves and has caused my face to have paralysis. You can see this eye is not blinking.” He also says, “I can’t smile on this side of my face. This nostril will not move.”

What Is Ramsay Hunt Syndrome, And How Does It Affect You?

Ramsay Hunt Syndrome is a neurological illness caused by the Varicella Zoster virus, which causes inflammation of facial nerves. When nerves become inflamed, they lose their capacity to function, resulting in facial paralysis or palsy. This implies that the afflicted person’s facial muscles cannot get the required impulses to operate correctly.

Also See: The Early Episodes Of Obi-Wan Kenobi Are Based On The Best Of Classic Star War

How Do You Know If You Have Ramsay Hunt Syndrome?

Painful red rash, blisters in and around the ear, and facial paralysis on the same side are among the symptoms. Apart from Tinnitus or ringing noises, patients frequently experience hearing loss in the affected ear. Dryness is caused by the inability to shut one’s eyes.

What Causes Ramsay Hunt Syndrome, And What Is The Virus That Causes It?

Chickenpox and shingles are both caused by the Varicella Zoster Virus (VZV). The herpes virus family includes this virus. It can remain dormant in the body, according to the US Centers for Disease Control and Prevention. The virus can lie latent in a person’s body for years before resurfacing to damage nerves. VZV can reactivate owing to a weakened immune system, according to physicians. According to several studies, stress is also a trigger since it suppresses the immune system. According to specific findings, VZV may be reactivated by T-cell dysfunction induced by coronavirus infection.

Is It Communicable To Have Ramsay Hunt Syndrome?

Although the condition is not communicable, it can cause chickenpox in persons who have not been immunised. Patients should avoid contact with persons with poor immunity and those who have never had chickenpox or have not been vaccinated against it until the blister scabs come off.

Is It Possible For People To Totally Recover From Ramsay Hunt Syndrome?

The condition can be reversed. Patients are healed in 15 to three months after beginning therapy.

Bieber promised his supporters that he would “get well” and that he was performing “facial workouts to bring my face back to normal.”

“It will go back to normal — it’s just time, and we don’t know how much time, but it’s going to be OK,” he said in the video. “Obviously, my body’s telling me I gotta slow down. I hope you guys understand, and I’ll be using this time to just rest, relax, and get back to 100%.”

According to Mount Sinai, complete healing is unlikely. However, some people recover in a matter of months. The sooner it’s discovered, the higher the chances of recovery.

You May Also Like: Justin Bieber postponed his tour because a disorder paralyzed half of his face.

5 Highest Grossing Movies by Buster Keaton of All Time

5 Highest Grossing Movies by John Goodman of All Time

5 Highest Grossing Movies by Will Smith of All Time

5 Highest Grossing Movies by Edward G. Robinson of All Time

5 Highest Grossing Movies by Buster Keaton of All Time

5 Highest Grossing Movies by John Goodman of All Time

5 Highest Grossing Movies by Will Smith of All Time

Doctor Strange 2022 leaked via torrents ahead of its theatrical release,...

5 Highest Grossing Movies by Gary Oldman of All Time