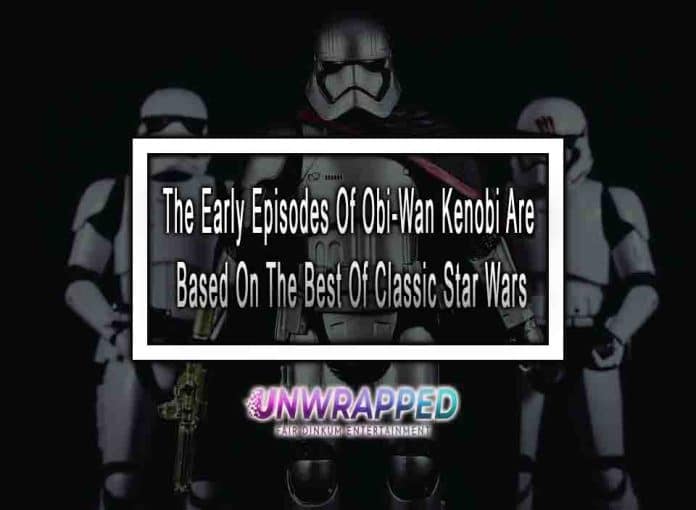 The Countdown To The Release Of Obi-Wan Kenobi Has Begun.

The Star Wars galaxy is enormous. Disney appears to be determined to explore every inch of it with a new streaming series. So far, the results have been mixed. Although the Mandalorian is the most remarkable new Star Wars character in years, it turns out that I don’t need to know much more about Boba Fett’s exploits. Obi-Wan Kenobi, starring Ewan McGregor as Obi-Wan Kenobi, tries to bridge the gap between the original two trilogies. And for the first two episodes, it works – Obi-Wan is belting out the classics, reminding me why I care about Star Wars in the first place.

The Disney period of Star Wars has provided new storylines from every era to lovers of the galaxy far, far away. While the sequel trilogy (The Force Awakens, The Last Jedi, and Rise of Skywalker) mainly concentrated on a new cast of characters, a few characters from the original trilogy (Han Solo, Princess Leia, Luke Skywalker, Lando Calrissian, R2D2, C3PO, and, oddly, Palpatine) made cameo appearances. The Mandalorian and The Book of Boba Fett included characters from animated programs like The Clone Wars and Rebels and actors who had previously acted in a prequel film but in a different role. For fans of the prequels, though, Obi-Wan Kenobi is genuinely, entirely, and utterly a moment.

Each new episode of Obi-Wan Kenobi, like the Marvel Cinematic Universe series and the other Star Wars episodes on Disney+, will premiere at 3:00 a.m. EST on release day; in this instance, Fridays. If you want to be the first to see it, you’ll have to stay up late or early.

How Many More Obi-Wan Kenobi Episodes Are There?

Obi-Wan Kenobi, a six-episode Disney+ event, has released the first two episodes. That implies there are still four episodes to go.

Also See: The Next Live-Action Series On Disney Plus Is Star Wars: Skeleton Crew

However, maintaining that level of intensity throughout six episodes will be difficult. Suppose there’s one thing that’s become prevalent in the age of streaming. In that case, it’s stories that have been stretched thin to satisfy an apparently endless thirst for entertainment. There are plenty of other programs on Disney Plus already, like Marvel and Star Wars, that would have been better placed as a cut-down movie.

You May Also Like: Two Key Roles Are Cast In The Disney+ Series “Percy Jackson.” Discover More Right Here!