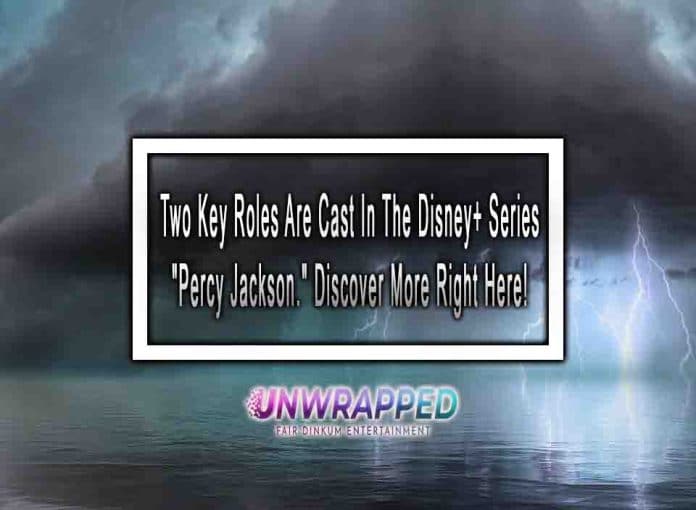 After casting The Adam Project star Walker Scobell as Percy, the new Disney Plus version of Percy Jackson is now in full swing, with two young actors cast as Grover and Annabeth.

The new epic trio for Disney+ has been discovered. The streaming service unveiled the core cast for the forthcoming TV series adaption of Percy Jackson and the Olympians. Percy Jackson, Annabeth Chase, and Grover Underwood are the members of this group. Following his role as a young Ryan Reynolds in Netflix’s time-travelling drama The Adam Project, Walker Scobell will play Percy Jackson, the son of ancient Greek gods. Meanwhile, Percy’s best pals Grover and Annabeth will be played by Aryan Simhadri from Disney’s Spin and Leah Sava Jeffries from Empire.

Percy Jackson and the Olympians is a live-action teen series based on the hugely popular Rick Riordan book series. It will tell the story of Percy Jackson, a 12-year-old modern demigod. He is just coming to terms with his newfound supernatural powers when Zeus accuses him of stealing his master’s lightning bolt. Percy must go throughout America to find it and return it to Olympus.

Check Out: Doctor Strange 2022 leaked via torrents ahead of its theatrical release, How?!

In January, Percy Jackson and the Olympians were ordered to series and follow the main character (Scobell). This 12-year-old demigod is getting grips with his incredible powers when Zeus accuses him of stealing his master’s lightning bolt. Percy sets off on a once-in-a-lifetime quest to locate the lightning bolt and return it to Olympus. In April, Riordan announced that filming would commence in the summer on his website.

Grover is a satyr (half-human, half-goat) who has taken on the identity of a 12-year-old child. He is highly concerned about others and will, at times, put their needs ahead of his own. Grover and Percy are great friends, and despite his natural apprehension, Grover would constantly battle to defend his buddies.

Annabeth is a genuine Athena’s daughter, gifted in strategy and inquisitive intellect. She has no memories of the human world after spending five years at Camp Half-Blood, a demigod training facility. She prepares Percy to live in the legendary realm while he serves as her guide to human contact.

The filming of “Percy Jackson and the Olympians” will begin soon in Vancouver. The pilot is written by Riordan and Jon Steinberg, with James Bobin directing. Bobin, Rick Riordan, Rebecca Riordan, Bert Salke, Monica Owusu-Breen, Jim Rowe, Anders Engström, Jet Wilkinson, and Gotham Group’s Ellen Goldsmith-Vein, Jeremy Bell, and D.J. Goldberg, Steinberg and his producing partner Dan Shotz are executive producers on the series. The studio is 20th Television. Salke was the president of Touchstone Television while the program was first in development.