Was The 80s The Best Decade To Be Alive? 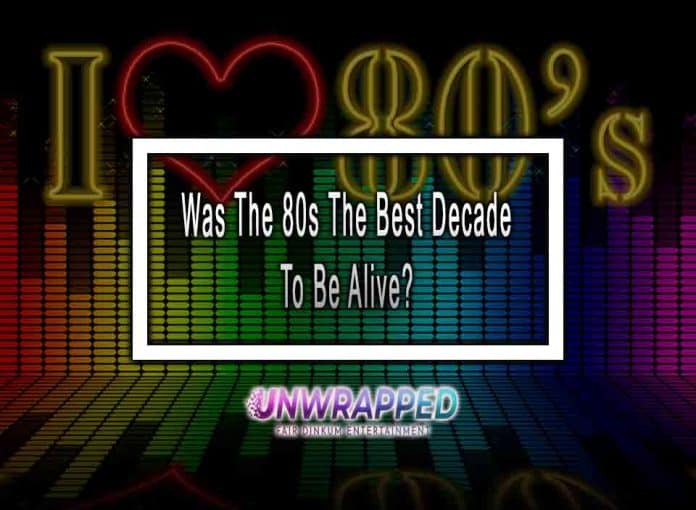 As time goes by, the 80s seem to grow more and more popular. A good example of this is the success of shows like Stranger Things. Yes, today people look back on this time with rose cloured glasses. One reason for this is because everything seemed better back then. But is this really the truth? Were the 80s the best decade to be alive? In our opinion yes. You see, when you think of that period, what stands out most is the culture. For instance, here is some 80s culture which is sure to stand the test of time.

I’m sure you’ll agree that some of the best films were made during the 80s. This era was  when the idea of the blockbuster movie first came about. We also saw some of history’s biggest trilogies. You had the release of films like The Empire Strikes Back and Return of the Jedi. You also had a string of classics from directors like Stephen Spielberg who released ET, The Goonies, and the Indiana Jones trilogy. When it comes to trilogies, you’re spoilt for choice with moves like the Back to the Future films and Ghostbusters. Other 80s classics include Top Gun, Crocodile Dundee and Batman.

Who doesn’t like 80s music? What’s best remembered about this period is the innovation of styles and genres. This includes things like New Wave, Death Metal, Punk Rock, and House Music. The 80s also saw the increasing use of instruments like synthesizers and techniques like electronic production. This becomes clear when listening to some of the decades biggest artists, such as Michael Jackson, Madonna, and U2. But one of the biggest events when it comes to music was the launch of MTV and the rise of music videos.

80s television is best known for its classic sitcoms. As these shows became more popular, they gathered millions of viewers and reached the point of being considered “must watch” TV. If you missed an episode, you’d have nothing to talk about the next day. Some of these sitcoms and shows included Family Ties, Murder She Wrote, Cheers, Dallas, Dynasty, The Golden Girls, Miami Vice, and Who’s The Boss. These programs are more popular than ever today. What’s more, with the introduction of streaming platforms, it’s still possible to watch these classics.

Believe it or not, videos games fell out of popularity at the start of the 1980s. This was mostly because of a slew of atrocious titles, but also because of home PCs such as the Commodore 64. It seemed as if video games were dead until the arrival of a new company, Nintendo. Within a few years the Nintendo Entertainment System would sell millions of units. The games industry was completely revitalized and this paved the way for other consoles like the Sega and Sega Genesis. Some of the best-selling games of the 80s include Super Mario Bros, Tetris, Duck Hunt, Pac–Man, and The Legend of Zelda.