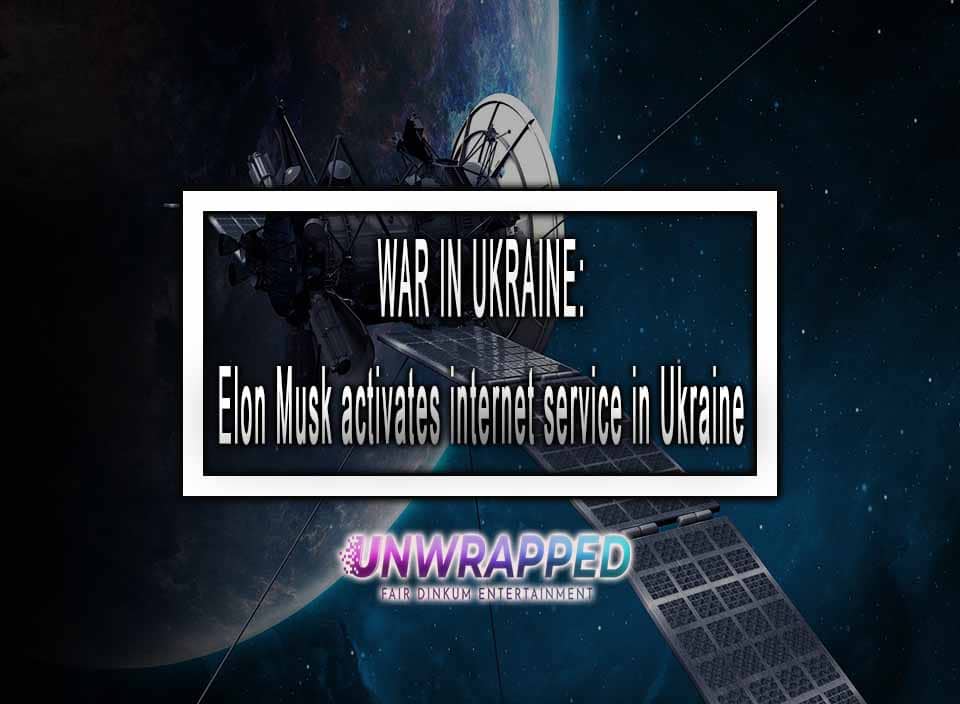 Musk’s SpaceX firm stated on Saturday that the Starlink satellite internet service in Ukraine had been established. The company is shipping equipment to the nation in response to a request from the Ukrainian government.

“The Starlink service is up and running. On his Twitter account, other terminals are on the way,” declared the president of Tesla and SpaceX astronautics group.

Also See: Ghost Of KYIV Ukraine Hero, Is He / She Real?

The Ukrainian Deputy Minister had issued a request to the billionaire on the same social media platform, urging him to furnish Ukraine with Starlink radio transmission stations.

“While you are trying to colonize Mars, Russia is trying to occupy Ukraine! Russian missiles will attack Ukrainian civilians as your rockets successfully land in space! We ask you to provide Ukraine with Starlink stations,” tweeted Fedorov, who is also liable for the digital sector in the Ukrainian government.

Earlier this week, SpaceX successfully launched a second batch of around 50 Starlink satellites, which will deliver internet access to clients all over the globe. On Saturday, it was unclear whether or not Ukrainian customers would be able to use the site from their own country.

Why are Russia and Ukraine at war?

Russian military launched an invasion of Ukraine in the early hours of Thursday (24). In an interview published on Wednesday, Russian President Vladimir Putin said that the invasion of Ukraine — even before it took place — was intended to “demilitarise and denazify” the territory, which Russia regards to be autonomous.

Ukraine gained its independence from the Soviet Union in 1991, after the dissolution of the Soviet Union. Following that, the nation applied to become a member of the North Atlantic Treaty Organization (NATO). This alliance, which now consists of 30 nations, provides assistance in political and military matters.

Following the announcement by the Organization that it wanted to include Ukraine in its alliance, Russian President Vladimir Putin said that this stance constituted an “existential danger to Russia.”

As a result, the president began to consider Ukraine to be a part of Russia and made the decision to act militarily to prevent Ukraine from joining the NATO alliance.

The major reason for the conflict in Ukraine is that Russian President Vladimir Putin considers NATO’s growth an existential danger.

Aside from that, he perceives the prospect of Ukraine joining the Western military alliance as a “hostile act.”

Other factors contributing to the war are associated with the Crimean peninsula. This is due to the fact that Russia annexed Crimea in 2014 and, after demonstrations, Ukrainian President Viktor Yanukovych, a close supporter of Moscow, was forced from office. Then Russia invaded the region.

Stay Connected
41,936FansLike
5,683FollowersFollow
864FollowersFollow
Previous article
Top 10 Countries And Territories With The Largest Surplus
Next article
What Destination Will You Choose to Travel to During Summer

The Speech that Got JFK Killed…

The Issue Of Compulsory Acquisition In Australia! What Can You Do?