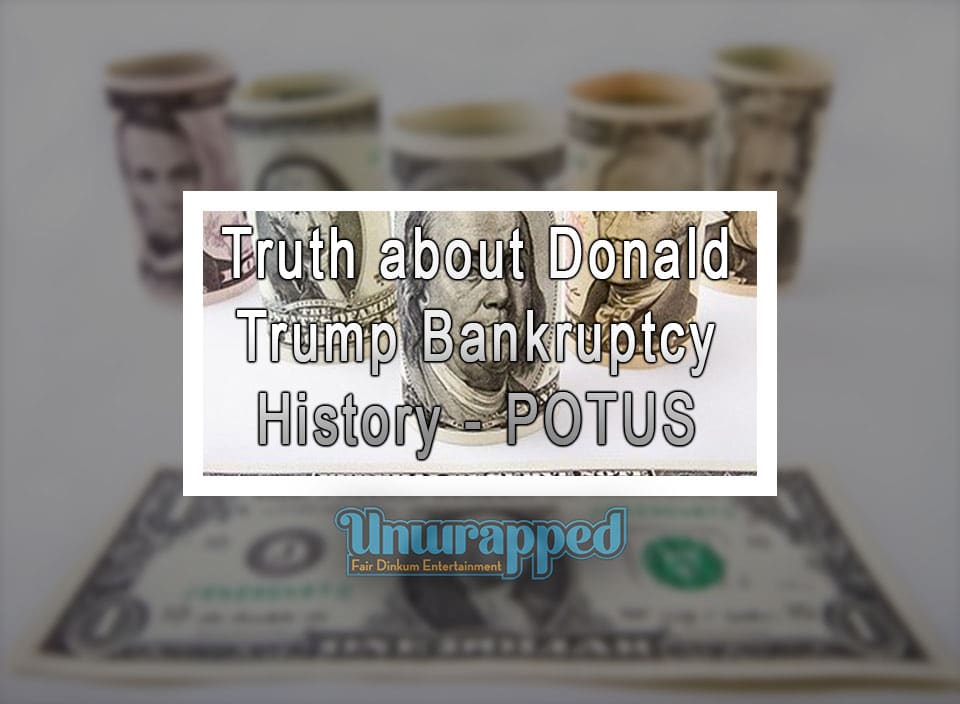 The truth about Donald Trump Bankruptcy History – Much has been made, especially by the opponents of Donald Trump that his history of bankruptcy is a sign of failed leadership. To the layman who does not have the personal experience of entrepreneurs, the fact that Donald Trump has filed for Chapter 11 bankruptcies six times from 1991 to 2009 has an impact.

However, what does the history of Donald Trump bankruptcy cases mean in terms of what happened and how they fit into the scheme of his business holdings?

The first Donald Trump bankruptcy occurred in 1991 with the famous Trump Taj Mahal, a casino in Atlantic City, New Hersey that opened the year before. After racking up nearly $3 billion in debts, Trump filed for Chapter 11 reorganization which resulted in him giving up half his stake in the casino along with selling his airline and yacht.

In 1992, Trump went to bankruptcy court again over the Trump Castle, a casino which was opened in 1985. A prepackaged bankruptcy plan was filed that included Trump giving up have his share of the casino. In the same year, Trump had to file bankruptcy for the Trump Plaza Hotel and Casino and the Plaza Hotel in New York. The former had acquired over $250 million in debt while the latter built up more than $550 million in debt. Trump gave up almost 50% of his stake in the New York Plaza hotel while remaining the CEO, although his duties were minimal.

In 2004, Trump had to file for bankruptcy again for the Trump Hotels and Casino Resort that includes the Taj Mahal, Plaza, and Marina along with a riverboat casino in Indiana. About $1.8 billion in debt was built up in all four locations and Trump had to reduce his stake to 27%. The last bankruptcy was in 2009 when the Trump Hotels and Casino Resorts, now called the Trump Entertainment Resorts, was nailed by the 2008 recession and couldn’t pay a $53.1 million bond interest payment. Trump filed for Chapter 11 in February of that year and Trump reduced his corporate stake to 10%.

On the surface, six bankruptcies in less than two decades seem bad, but there are strong considerations that must be considered.

Five of the six bankruptcies were from the casinos which historically have a strong risk of going bankrupt, particularly during hard times. The 1991/1992 and 2009 bankruptcies all took place during strong recessions. Many experts in the field have noted that investors who own non-integrated companies that the fund while taking on debt will almost inevitably face some bankruptcies even in good times.

Another aspect that separates Trump is that unlike many other prominent investors who have failed with companies such as Warren Buffet or Mitt Romney, Trump puts his name on all the companies he owns. So, his failures are magnified simply because of his prominence. However, in terms of the number of major bankruptcies that are filed, Trump is hardly near the top.

So yes, there is some truth to the Donald Trump bankruptcy claims, but the reality is that all but one was in the high-risk industry of casinos and the recessions played a powerful role.

Donald Trump the man the myth the legend: