5 Things to Know about the Atomic Bomb 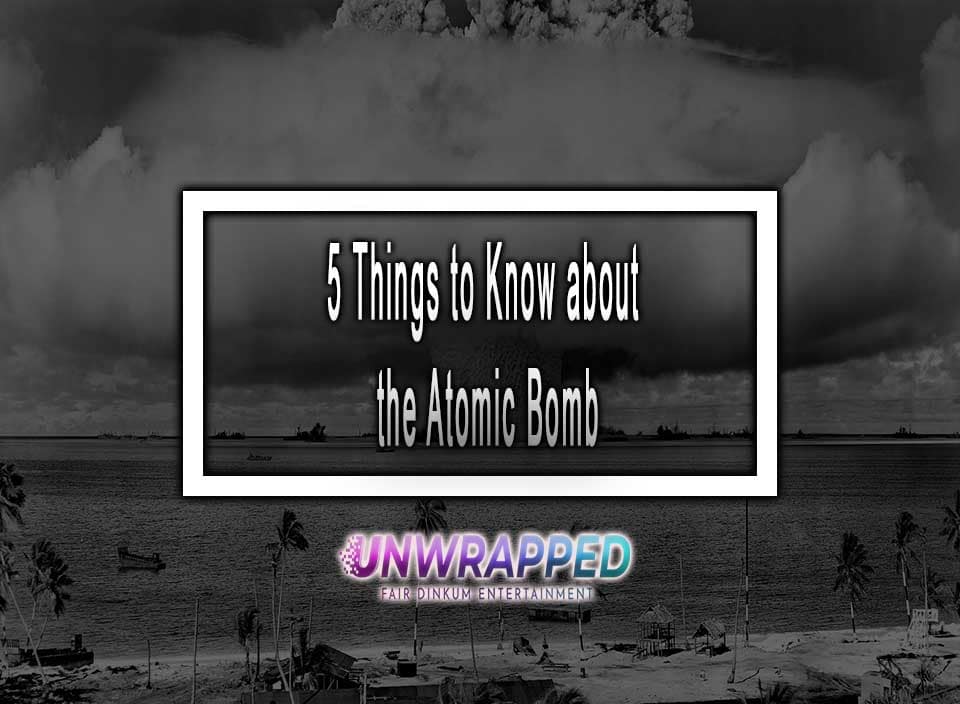 Atom bombs, nukes atomic weapons. Whatever you call, they are terrifying species/plant ending disasters waiting to happen. Here are five not so fun facts about Atomic Bombs that you might not know and, probably after reading, will wish you didn’t know.

There are approximately 67,500 missiles that carry atomic warheads created. Think about it total madness enough to destroy the world 6000 times over makes you sick.

Nine hundred and twenty-eight nuclear tests were announced at the Nevada Test Site between 1951 and 1992, and of those, 828 were underground.

3. A Nuclear Bomb is Stuck Somewhere in the Ice on the Coast of Greenland

On the coast of Greenland, a nuclear bomb is stuck somewhere in the ice. In 1968, a B-52 crashed, and its atomic payload as recovered and destroyed. However, the BBC reported in 2008 that one of the bombs was not recovered.

4. Australia Has Been Nuked

During the 1950s and 1960s, the British government used the town of Maralinga, a rural community in South Australia as a test site for nuclear weapons. Australian and British soldiers were used as guinea pigs to analyze the effects of radiation on humans, and there were also indigenous Australians living there.

5. One Nuclear Test Detonation Is a Total Mystrey.

One of over 2000 nuclear testing detonations has an unknown nationality. In 1979, a 3 kiloton bomb was detonated in the Indian Ocean without any country taking credit. This event is known as the Vela Incident.

The thought of atomic weapons is terrifying, and the way humans have used and refined them is insane. Let’s hope we never forget our history, maintain awareness of human capacity for absolute destruction and depravity, and do all we can never to go there again.