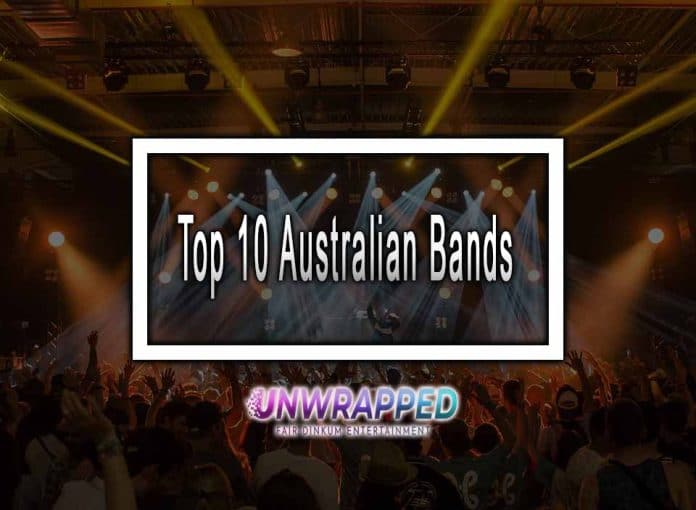 Another thing famous in Australia besides beauty is the indie-rock musical tradition. Although countries including the United States, Canada and Britain are known for guitar music, Australia is known for its crown in alternative scenes. Being home to iconic rock music bands, this country has now taken a shift and is producing indie-rock music. Young bands, from all around Australia are hailing and are getting global interest. Here are the top 10 Australian bands of 2020.

The Loose Tooth is a rock band a trio. The band released their second album Keep Up in 2018. The band originated from Melbourne and is entertaining through their guitar. Although the band has taken some cues from previous famous bands, the voices and the theme are fresh and beautiful. With their catchy rock melodies, Loose tooth is surely meant to be a heart slayer.

Moaning Lisa is one of the bands in Australia to have focused on indie rock music. It can be said as that missing piece of the puzzle from Australian indie music, besides the ongoing guitar pop and lo-fi rock music. The band comprises a total of four members including Ellen, Hayley, Charlie and Hayden. Interestingly, the band members met in school in Canberra, which results in the basis of the band. Besides releasing many singles, the band has also released an extended play record in 2018. The band is also working on an album in 2019. All this describes the efforts of the band to rock Australia in 2020.

We all love Stadium Cake, which was the debut album of Oh Pep, released in 2016. Oh, Pep hails from Melbourne and is a band of just a duo. The band was first known for their indie-folk music, which is acoustic music amalgamated with pop production. But after the release of ‘I wasn’t only thinking about you’, nothing can define Oh Pep. Their songs are so wonderful that they ‘Hurt Nobody’. The folk compositions of the band are topped with crunchy pop music, to give a taste of perfection to listeners. 2020 is expected to bring a lot of success for Oh Pep.

It is been around a decade that Australian music is revolving around the indie rock. The punk and indie rock offered by Orion, however, is still a treat for our ears. We still have not forgotten the audio treat given by Orion in the form of Melbourne’s Cool Death Records in 2017. The pop side of Orion was seen in the US tour in 2018, which added more life to their performances. This band gives its energy in its performances and we can proudly say that if you have listened to Orion, then you have spent a worthy time.

Pious Fault is a band springing from Brisbane. The band has released an incredible album ‘Old Thread’ on Feel It Records in 2018. The band is composed of young performers which have hardly crossed their teens. Although you can not call them hardcore, still the band members have that speed, pitch, anger and indifference, that best describes this genre. ‘Worship the Surface’ is a masterpiece whose melody, discordant guitar and hyperactive bass give it perfection. Pious Faults is expected to bring a lot of these types of masterpieces in 2020 in Australia.

As the name explains, the band comprises all boys. It is a Sydney based band. The band made its way through overseas registration in 2018, although its second full-length Rot was released in the year 2017. Their Rot came out in America by the idiosyncratic indie What’s Your Rupture. The Rot is a lo-fi blast of classic pop songs with raw edges. The hooks and solos of the Rot crash into each other, making it a perfection. Bed Wettin Bad Boys is surely making its way in 2020 with its classic pop music.

Based in Melbourne, the Camp Cope is a band the trio. The band has an indie-rock music style and has given some hits to the music industry. Despite the title, ‘How to Socialize and Make Friends’, of the second album of the band, it is not interested in socialization and making friends. Instead, it is all about opening bass notes, guitar, drums and their indie rock style. Another fascinating thing about the band is the voice of the lead vocalist, Georgia Maq. She can make any song perfect with her voice and honesty with the vocals. Camp Cope show will leave you emotionally influenced.

Cool Sounds hail from Melbourne, Australia. As the name suggests, it is a band for all ages. The band released an LP in 2018, Cactus Country, which will soothe your ears. The LP was featured in many of the best of 2018 lists in Australia. Imagine you are sitting in a coffee shop and Cool Sounds are playing, what can be better than this? We cannot define the number of Cool Sounds members, because they keep on changing between six to seven musicians at a time. However, we can say that the band is larger than the average Australian indie-rock band.

Like their name, listening to Flowertruck is spring for our ears. The debut album of this Sydney based band, Mostly Sunny, was released in March of 2018. The album is a radiant display of Synth-rock. The band sounds like Phantastic Ferniture’s music, although it plays a little more emphasis on hooks and rock-solid melodies. Listening to their music, you will feel light. Their music is a perfect addition to your beach parties. The beautiful music of Flowertruck is a treat for your soul and is a must for 2020.

Last but not least, Jade Imagine is one of the Australian bands, which is going to be more successful in 2020. Jade Imagine was initiated in Melbourne. The band combines both slacker-rock with surf-pop music. The frontwoman of the band, Jade McInally has been in Melbourne since the early 2000s, but it was in 2016 that she initiated the band. The band is currently working on its first full length extended play record, which is expected to come in 2019. So we can say that 2019 can be a big year for our Jade Imagine.

Which Australian band has sold the most records?

Bee Gees. The Bee Gees were formed by brothers Barry, Robin and Maurice Gibb. Born in England but moved to Australia as a child, the Bee Gees formed the Bee Gees of Australia in 1958. With over 220 million albums sold worldwide, they are among the most successful artists of all time.