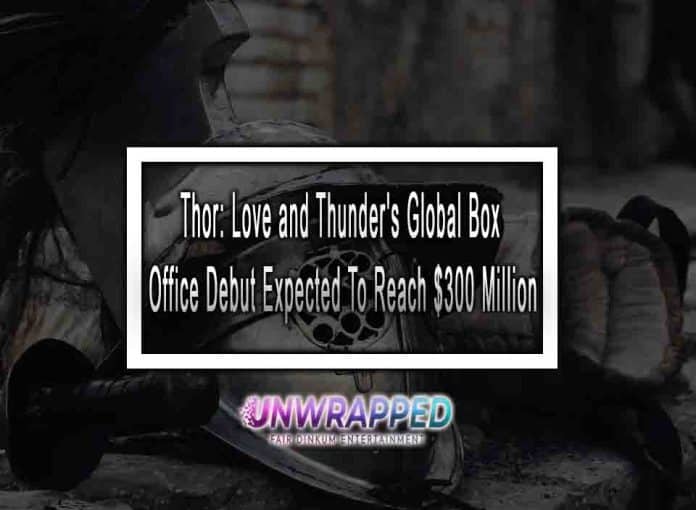 Even Though Thor Is The Thunder God, Thor: Love And Thunder Are About To Bring Rain.

When Universal’s Minions: The Rise of Gru drew suit-wearing TikTokers and surpassed forecasts by over 50% with $125 million during the Independence Day holiday weekend, pre-release estimates fell severely short last week. When Disney’s Thor: Love and Thunder debuts this week in about 4,300 American theatres, it will be intriguing to see whether we will witness a recurrence. In its first weekend, the movie is anticipated to bring in between $140 million and $160 million domestically. With an extra $150 million from other markets, the picture is expected to have a $300 million to $400 million worldwide debut.

The fourth instalment in the Thor series is Love and Thunder, the second film that the irreverent New Zealand filmmaker Taika Waititi has helmed. After two forgettable entries, Waititi’s Thor: Ragnarok was mainly credited with reviving the series. It produced franchise-best box receipts and reviews and substantially changed the series’ tone. Love and Thunder have received fewer favourable reviews thus far.

This has probably impacted the movie’s pre-release figures, which are 40 per cent lower than the previous Doctor Strange in the Multiverse of Madness instalment in the Marvel Cinematic Universe. A week before its debut, Doctor Strange 2 received approximately $50 million in preorders; on its opening day, that amount rose to $85 million. In its first weekend, the movie brought in $187 million. By its theatrical run, it would have earned over $410 million domestically and over $950 million internationally.

However, that movie functioned as a direct sequel to Spider-Man: No Way Home. This film earned nearly $2 billion worldwide and included Benedict Cumberbatch’s superhero in a crucial supporting role. It promised further multiverse research and included fan-favourite characters in heartwarming cameo appearances. Love and Thunder won’t be travelling around the multiverse, according to Waititi, who has publicly said this. This may turn off Marvel fans who expect their heroic stories to be part of a more significant plot.

You May Also Like: Tessa Thompson Talks Valkyrie’s Sexuality in Thor: Love and Thunder

However, Love and Thunder feature Christian Bale, who is making his MCU debut as the evil Gorr the God Butcher, and Natalie Portman, who is rejoining the series after missing the third chapter. Chris Hemsworth, of course, portrays the God of Thunder. Comparatively, Ragnarok grossed $122 million in its first weekend of release in 2017 and finished with $315 million domestically and over $850 million internationally. Kenneth Branagh’s first Thor movie finished its run with $181 million domestically and over $450 million globally. Alan Taylor’s film Thor: The Dark World earned $206 million in North America and $644 million worldwide.

Through the next week, Thor: Love and Thunder will make its premiere in 47 foreign regions. It debuts Wednesday in Germany, South Korea, Australia, and Italy. The U.K., Brazil, and Mexico open on Thursday. The movie will compete with enduring successes like Jurassic World Dominion and The Rise of Gru, showing that even unfavourable reviews can boost box office receipts if there is sufficient fan enthusiasm.

Stay Connected
46,458FansLike
5,663FollowersFollow
840FollowersFollow
Previous articleReview Of The Movie Thor: Love And Thunder: A Witty Marvel Sequel That Recognizes Its Own Silliness
Next articleHow Do Dentists Fix Abscesses?