The Next Live-Action Series On Disney Plus Is Star Wars: Skeleton Crew 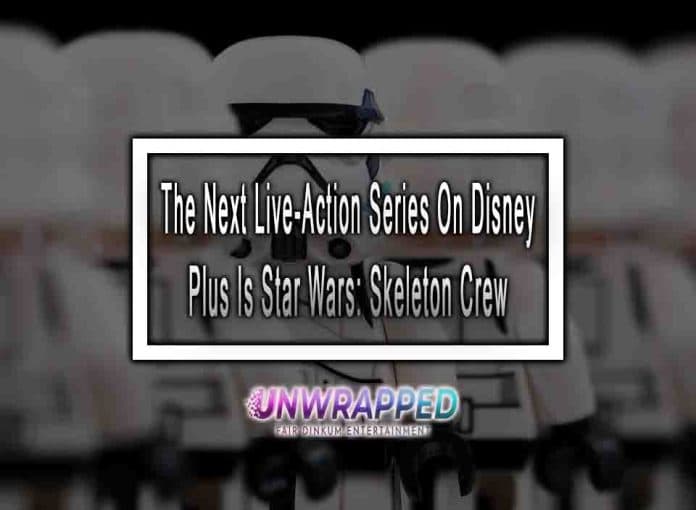 Star Wars: Skeleton Crew, a new Star Wars film starring Jude Law that will premiere on Disney Plus in 2023, is the newest addition to the streaming service’s Star Wars world.

Star Wars: Skeleton Crew was announced at Star Wars Celebration and is written by Jon Watts and Christopher Ford (Spider-Man: No Way Home), with Jon Favreau and Dave Filoni serving as producers.

Also, See: Everything We Know About The Film Crimes Of The Future

The series, announced during the Star Wars Celebration in Anaheim, is a coming-of-age story set in the sci-fi world. It will star “kids” in addition to Law, though we don’t know who they will be just yet. Jon Watts and Chris Ford, who previously cooperated on Spider-Man: Homecoming, are in charge of the project produced by Jon Favreau and Dave Filoni. Last week, a Vanity Fair piece previewed the series.

This new series will feature a group of ten-year-old children from a small planet who have separated from their parents in a galaxy far, far away and must attempt to return home. The tale will occur after Star Wars: The Mandalorian and Ahsoka will all be situated in the same world as Return of the Jedi.

Check Out: Everything We Know About The Film Crimes Of The Future

Several fresh “Star Wars” announcements were made during the beginning of the “Star Wars” Celebration, including the legal information of the new program and Law’s part. Others include a release date and a teaser for Diego Luna’s “Rogue One” prequel series “Andor.” According to the announcement, the program will also begin filming the second batch of 12 episodes in November. Season 3 of “Ahsoka” and “The Mandalorian” will both premiere in 2023, with “The Mandalorian’s” new season premiering in February. A preview for the next season was shown in the room, although it has yet to be uploaded online.

You May Also Like: Jude Law to Star in ‘Star Wars: Skeleton Crew’ Series on Disney+