The Best Shows On Flash December 2022 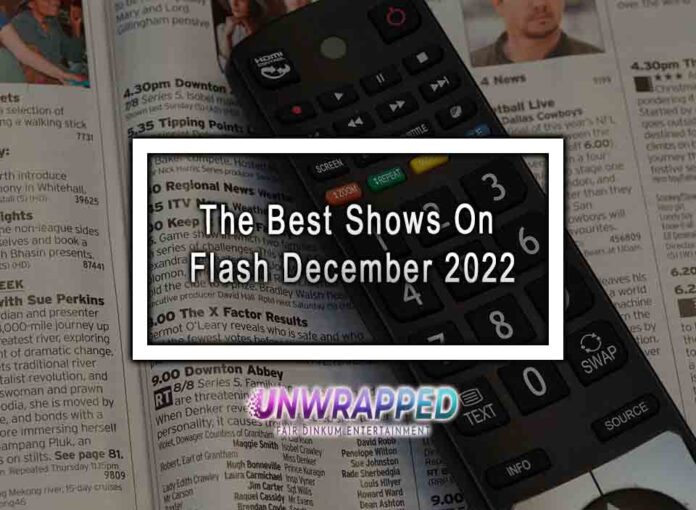 Flash is a groundbreaking news streaming service enabling you to watch 25+ local and international news stations in one spot. Stream on your preferred device, both live and on demand. It is the most practical approach to keeping informed and connected over various sources, viewpoints, and views. In this post, we will acknowledge the best shows on flash december 2022.

List of the best shows on Flash in December 2022

Anderson Cooper tells stories from various perspectives in addition to the headlines, allowing you to form your own opinions on the news. Anderson Cooper 360°, sometimes known as AC-360 or 360, is an American television news program on CNN and CNN International. Anderson Cooper is a CNN journalist and news anchor.

In a New York minute or less, Host Melissa Lee and the “Fast Money” traders provide viewers with knowledge often only available on the trading floor of Wall Street, empowering them to make profitable decisions. The “Fast Money” five present the news to the public from a perspective that won’t be revealed in tomorrow’s newspapers, as only the savviest traders can.

A current events documentary show on British BBC Television is called Panorama. It is the longest-running news television program ever, having debuted in 1953. It starts airing on BBC One during primetime in 2022 without a permanent presenter. Many well-known BBC broadcasters, including Richard Dimbleby and Jeremy Vine, have hosted Panorama. In several nations, BBC World News broadcasts the show internationally.

Sky News Australia airs several Australian television news and analysis shows throughout the week under the moniker Agenda. The channel’s main program is the Agenda series of briefings. The show primarily focuses on political matters. Each episode has an interview with a guest followed by debates on current events with politicians from competing parties or Sky News commentators.

The news show Impact, also known as Impact with Yalda Hakim, debuted on BBC World News on February 1, 2010, as part of a network-wide revamp. Yalda Hakim, who took over for previous host Mishal Husain, hosts the show. The show uses a variety of journalists from the BBC stationed in the Asia Pacific and other parts of the world to provide listeners with breaking news, discussion, and analysis.

The BBC News Channel and the BBC World Service air the radio and television program HARDtalk. HARDtalk is also accessible on BBC iPlayer, and BBC Sounds as a podcast. Different broadcast hours and days are used depending on the broadcasting platform and the audience’s location.

A BBC news show called In Business Africa is aired on BBC World News internationally and regional BBC partner networks in African nations. With interviews, debates, and educational elements on various business themes in Africa, the show provides an in-depth look at economic trends influencing the continent of Africa. Nancy Kacungira in Lagos, Nigeria, and Lerato Mbele in South Africa are the show hosts.

5 TV Shows Like Chad and JT Go Deep to Watch