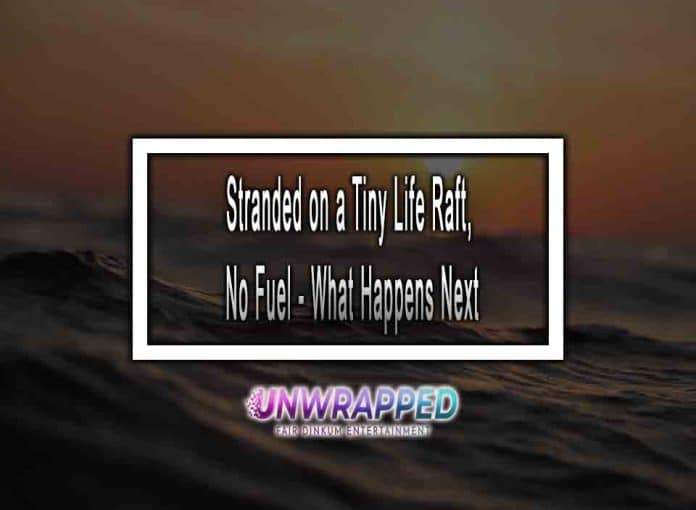 They Lost Fuel in The Middle of The Ocean and Now They Are Stranded on a Tiny Life Raft, What Happens Next?

A film about surviving. I’m not sure it’s a good one. But it’s well-crafted excellency as a portrait of a fight, anxieties, camaraderie, a lengthy solitude, and a kind of heroism that defies categorization. The story, performers, and director are all excellent. It also has a voice.

In the months after the United States’ formal entrance into WWII in late 1941, patrol planes were dispatched around the Pacific. When one of these planes runs out of fuel and they are unable to raise their aircraft carrier over the radio, pilot Harold Dixon, bombardier Tony Pastula, and radioman Gene Aldrich are on board. They crash into the sea and end up on a small raft that is barely big enough for the three of them, with no flares, food, or water, and only a jumble of odds and ends. They expect to be rescued within a day or two, but they must wait 35 days, experiencing hunger, dehydration, sunburn, sharks, and other mental and physical obstacles.

Must See: Earn 10 Million to Cross a Bridge

Three men have been stranded in the middle of the Pacific Ocean. It was purely coincidental. Then there’s the fight to survive. You may be mistaken if you believe you know the entire story. Because the tale has a sense of reality, owing to excellent cinematography, it also retains not only the characteristics of a crisis but also the instruments to signal a serious meditation on responsibility. The protagonists of this film are three men. Their flaws, dreams, and burnt flesh were all present.

Keep Watching: Can’t Sleep. Should I Stay up All Night?

Stay Connected
48,132FansLike
5,662FollowersFollow
840FollowersFollow
Previous articleSlaves Can Earn 10 Million And Get Their Life Back if They Manage to Cross a Bridge, But Not Just a Normal Bridge…
Next articleWorld Where You Die If You Open Your Eyes