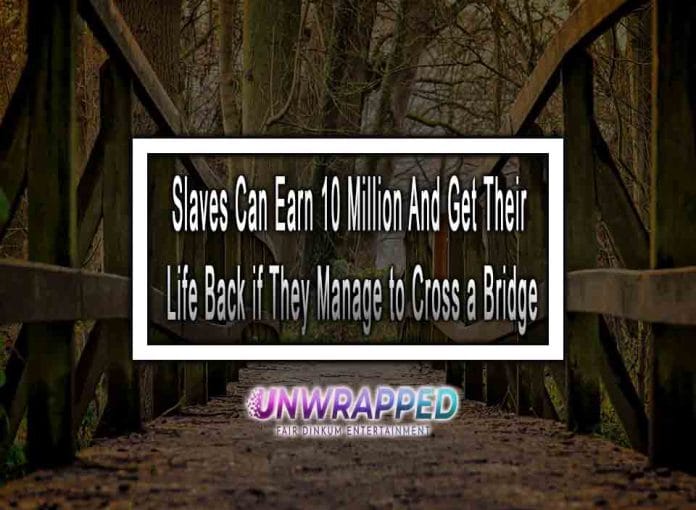 It’s tough to put into words how good this movie is. There is obviously something worthwhile here, but how anyone managed to put it together remains a mystery. The manga has subsequently been recreated in China as Animal World (2018), which omits the second part of the plot but adds vigilante clown dreams. It is certainly the most entertaining adaptation of the two, but it is worth viewing both to see how each presents a damned strange narrative in a different way.

Enjoy: Can’t Sleep. Should I Stay up All Night?

The plot revolves around Kaiji, a poor and indebted young man determined to better his life despite the unfavourable hand fate and chance have given him. This film examines how the needy and underprivileged are frequently duped into the rich’s power and manipulation techniques. This is represented by Rinko Endo, a debt collector who promises Kaiji a better experience that would allow him to return his loan while still having enough money to live a decent life.

The film opens with several powerful people stating they can develop a massive subterranean project for a low cost and in a short amount of time. He entices naïve gamblers into a life of servitude with expenditure alleviation objects that provide them with a little reprieve. Yukio Tonegawa, the project’s mastermind, is more concerned with the game than with the players.

Kaiji and a few other guys take a chance on a second game known as Brave Man Road. They must overcome their phobia of heights by crossing two high-rise buildings without using their hands. Falling off Brave Man Road results in immediate death.

The wealthy wager on Kaiji and other players, then watch on TV screens while living their lavish lives. The winner of Brave Man Road competes against Tonegawa in a card game that determines whether the participant goes away with the money.

Stay Connected
47,273FansLike
5,664FollowersFollow
840FollowersFollow
Previous articleCan’t Sleep Should i just Stay up All Night? Like Your Life Depends On It
Next articleStranded on a Tiny Life Raft, No Fuel – What Happens Next