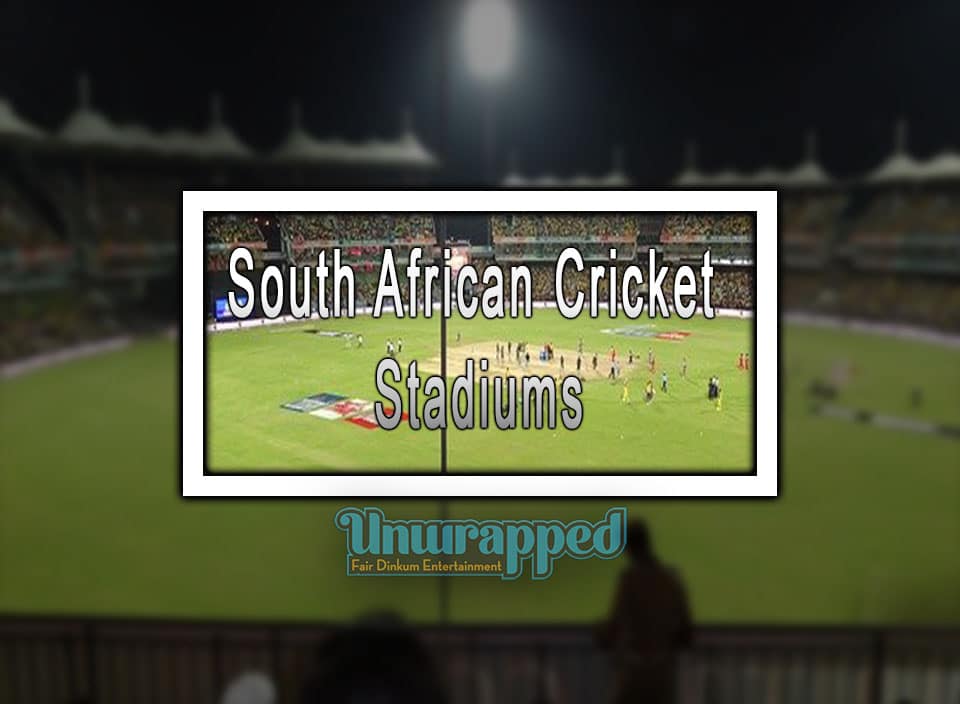 The world was privileged to see the beauty of South Africa and its different cricket stadiums/grounds as they were the host country for the 2003 cricket world cup.

Each of the stadiums brought its flare to every game. The imperial wanderer’s stadium popularly known as the bull ring brought in a hyped vibe for the people.

The Newlands stadium was said to have shown one of the most elegant scenes in cricket. The super-sport cricket ground brought in a different style with a friendly grass which brought out a party spirit.

The different States in the country had their unique beauty to show off to the world which kept everyone amazed. Let’s see some of the cricket grounds in the country.

The cricket ground OutSurance Oval is located in Bloemfontein, the locals say it is the capital of the free state district. The stadium is a witness-friendly ground, you know the kinds of places you go and don’t want to stop talking about when you leave. A place that amazes you.

It has a good view of grass on the eastern part of the stadium, mostly filled with spectators.

The cricket ground is one of the sports grounds in the stadium. There are other sporting grounds in this complex, like for athletes, rugby, hockey, tennis, and swimming.

This is one of the new grounds in South Africa located in Benoni. Willowmoore Park isn’t a very spacious arena although it is where the eastern sector team hosts. This park is said to be utilized by these Nashua Titans franchise.

Willowmoore Park has hosted a one-day International which was held in February 1997, the game was India against Zimbabwe, and Sanchin Tendulker jubilated based on the debut of the venue. That day, the Indians won by six wickets with more than 10 overs to skimp on.

Willowmoore Park is a one-day international venue, although it is getting recognized as time goes on. Two games were played there during the world cup in 2003.

This particular cricket ground has been spoken about a lot by people who have been there or have seen pictures of it.

They say it is the most phenomenal cricket ground in the world with mountains packed in the clouds very high above the ground.

On the ground level, it has beautiful chalets and trees, good stands and open grassed sections. It is said to have an amazing atmosphere.

There is no doubt that this is one of the best cricket grounds in the world. The Indian legend Kapil Dev confirmed that Supersport park was a phenomenal venue with more than 20000 seating capacity.

It also has a great arcade with beautiful opening grass. It hosted a one-day International game in December 1992 and also did its first test in 1995. This was a match played by South Africa and England. Shaun Pollock a cricket legend was part of the England team that day.

This venue has hosted a lot of one-day international games and it is reportedly a wonderful host with a conducive wicket for free-scoring.

Sahara Stadium Kingsmead is a phenomenal venue with  25000 Seats. It is not too far away from Durban’s famed Indian Ocean shoreline. Its first one-day international game was hosted in December 1992 but it had its first test in January 1923.

Kingsmead has hosted a lot of famous legends in the game. In 1932, a game played by England and South Africa was held from 3rd through to the 13th of March and was later put as a draw because the English players had to board their ship home.

This ground has limited space with plenty of grass barricades. East London’s Buffalo Park has an elegant conception with the ocean in view.

This ground hosts the Border cricket union. Its very first international game was held in December 1992, the two teams were India and South Africa.

Some good times have been seen in this park, for example, this place once hosted the Pakistani Pacemen Waqar Younis who played and scored what is known as a hat-trick mostly in football terms against New Zealand.

Actually, this stadium is now known as the New wanderers. Back then when it was just wanderer, it hosted a test game in 1896, a game played by South Africa and England, and the legend George Lohmann got the English to victory.

Also, the stadium after becoming the New Wanderers hosted its first test cricket game in December 1956 and its first one-day International game played by South Africa and India in December 1992. Guess what, this is the stadium where the 2003 cricket world cup was held.

A cool open arena with enough grass banks that are very popular in South Africa amongst spectators. This particular stadium held its first one-day international game in April 1988 when Pakistan scored very high beating their opponents with a wide margin.

That is something about one-day games in cricket, they score very high. Although, the English team has also been hosted in this stadium and they went up against the Zimbabwe team in January 2000. On this ground, three matches were played in the 2003 cricket world cup.

This place is known mainly for its beauty, it is designed with a little olden days style, you know? Victorian style. Enough about beauty, its first one-day international game was held in 2003 during the world cup. A player named Chaminda Vaas really enjoyed the stadium a lot as he got four wickets that day. The Bangladesh team does not have a good memory of the game they played on this ground. Firstly they suffered a 10 wicket loss in the world cup and also lost again by the same margin against South Africa in a friendly game. This ground isn’t favorable to them.