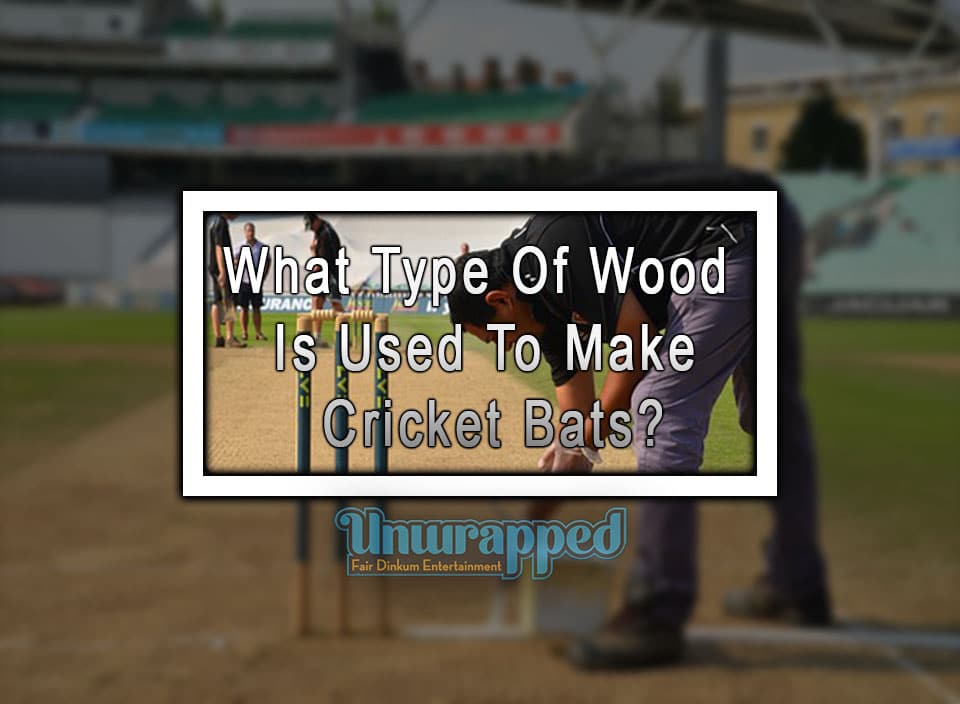 More than half of the population of the world enjoys cricket a lot. It is played for fun in gardens sometimes or little playgrounds, but serious games happen on cricket grounds where there are serious competitions held.

Although, even as it is played in different places, at different times, maybe with a little bit of spin in the rules when it is being played for fun. One constant thing in cricket is always the bat because some people use tennis balls when playing for fun.

Speaking about the bats, it is a wooden bat and we all know that wood is gotten from trees. The fact is that there are approximately sixty thousand species of trees. Although, only one of the species is good for making cricket bats. This article is going to give you solid information about willow wood.

A Brief Talk About Cricket Creation

Cricket is a game that was first played in the 16th Century in the southeast region of England. The sport was played back then by the English men and it continued to grow as the world was evolving. They didn’t start playing official International games until the 1800s.

Why Is Willow Used For Making Cricket Bats?

1. It Grows Faster Than Most Trees

The tree only uses a maximum of 15 years during its harvesting period, this puts it ahead of most tree species when it comes to growth.

One feature of the willow wood makes it extremely reliable. It is very soft, and this is what makes it very tough, and difficult to just split. This is what is best for cricket bats, soft and simultaneously tough.

Some test matches last for five days, can you imagine something like that? Well, it happens so you will need a tough bat for a game like this.

Already, a soft, reliable, and tough bat give this wood the potential to be the best when it comes to making cricket bats, but its weight could mean a lot and help a lot too.

When you compare willow to most woods, you would figure that willow is a much lighter wood unlike most, this is good because batters need something light for easy swing and easy running to score one run.

Although, there is was a game held in 1979 where Daniel Lillee played with a bat that wasn’t made of willow wood, according to the reports, it was made of aluminium. Here is another good thing about willow, the aluminium bat damaged the ball just after hitting it 3-4 times.

Only one country in the world has the composure to harvest this species of tree. Taking a wide guess, based on where the game was first played, we would say it is England. England is the only part of the world where willow wood is cultivated.

Bats made out of the Kashmir willow wood are seen as bad bats, while the English willow wood bats are the good and original bats. The difference between the two is only clear when you try using both of them by yourself, we can’t expand on how different it is here.

One thing we know for sure is that the English willow wood is used to make professional bats while the Kashmir bats are for children, now you know the difference between both of them.

How Do They Make These Bats?

After the cultivation, the willow is taken to a machine where it will get cut and shaped into a bat.

1. Shaping Out The Bats With Machines

This part of the process is when the people who make these bats now use machines to cut the wood into the size and shape of a normal cricket bat. This is a crucial part of the process because it helps straighten everything out before the willow is compressed.

This is the part where the willow is now placed in a machine so that it could be pressed. This is used majorly for mashing the fibers in the willow that provides the batting power and durability.

3. Putting The Bat In Order

This is when the bat gets shaved and shaped until it is looking like a cricket bat that everyone is used to seeing and playing with. This process is not to be rushed because it has to be cut perfectly on both sides and remain completely proportional.

The bat maker here now has done all the major work, this is now an extremely major part of making the bat because he has to not only clear out the uneven edges but also pressure is on him to add the grip to the bat and make sure it is comfortable and simple for batters to hold.

The only thing remaining here is to polish the wood and make it look presentable and that should be all.

How Do You Maintain A Willow Bat?

As a player, before you take your bat into the pitch to play, it is advisable that you get it knocked in so that it remains in perfect condition as you take it outside to play.

To do this, you require a piece of equipment called a bat mallet. If you can’t get your hands on a bat mallet at that exact moment, you can improvise, put a cricket ball inside a sock and that will work just fine. Lifehack.

This is how to get the bat knocked in, use the mallet or sock thing to hit the flat part of the bat nonstop, and slowly increasing your pace. As soon as you notice that your mallet isn’t leaving any mark on the bat anymore, you can stop.

After hitting the flat part, now the flat part we are referring to here is the part where the ball gets hit during a game, not the back of the bat. The back of the bat doesn’t require this exercise. Back to business, when you finish with the smooth surface, you hit the edges and follow the same routine till you are ready.

Are There Other Materials Used In Making These Bats?

Sometimes people might want to go for an inexpensive alternative because of the low budget. Of course, this can only happen when you are playing for fun or in a children league.

Sometimes local Woods like bamboo or cain can be used to make a cricket bat. Of course, it comes out in low quality and they don’t meet up to the standard of the main willow bat. This is so mostly because of the weight of these other materials. The willow weight is perfect for a cricket bat, unlike any other material.

Stay Connected
46,468FansLike
5,663FollowersFollow
840FollowersFollow
Previous articleWhat Are Cricket Stumps Made of?
Next article25 Amazing Australian Cricketers Born Overseas | List As Per The Countries They Were Born In