Review Of Man Vs. Bee: Watch It Or Ditch It? 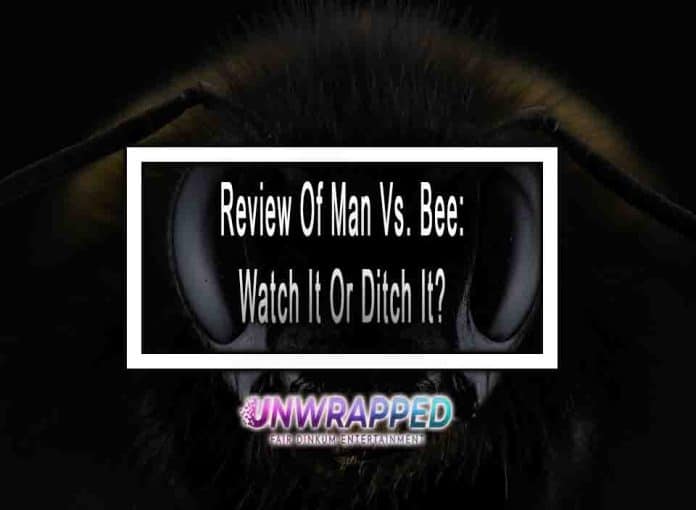 As An Accident-Prone Housesitter Who Goes On A Fury Frenzy And Wrecks A Cutting-Edge Home In An Epic Conflict, The Actor Is At His Comedic Best.

Most Americans were first introduced to Rowan Atkinson through the popular British sitcom Blackadder, in which he portrayed the irate Edmund Blackadder and several of his offspring throughout several eras. But that was only Atkinson’s creative side; in 1990, when he showcased his talent for physical comedy as the fumbling, mute Mr Bean, he became a household name. His subsequent work has often been Bean-inspired, including his most recent endeavour. His character essentially ruins a cutting-edge home because of a bee.

Man vs Bee’s title pretty much sums everything up. The story revolves around a clueless father named Trevor who housesits. He is hired to watch after a luxurious estate. It appears to be a straightforward process, right? However, Trevor discovers a bee inside the home and becomes conflicted with it. Because of the ensuing mayhem between Trevor and the Bee, Trevor is ultimately charged with 14 charges in court, including reckless driving, arson, the destruction of precious artwork, and many other offences—all because of one Bee. Only by viewing the presentation can you determine how the conflict between one man and Bee developed.

Also, See: Is Diablo 4 On The Way Next Year? Continue Reading To Learn More!

My Take On The Series

My preferred bee comedy has replaced Nicolas Cage’s The Wicker Man remake with Man vs Bee (Netflix). Do you recall what happened in that movie’s climax? Nic’s head gets stuffed into a portable beehive since he is allergic to bees. He cries, “No, not the bees!” The bees, please! Aaaaghhh!” Days later, I was still giggling over that. In contrast, all nine episodes of this sitcom feature Atkinson being purposefully humorous.

Comedy is not tragedy plus time, but things plus fool, Atkinson realizes, together with his writer Will Davies and director David Kerr. Man versus. A bee might have also been referred to as Man against. Self or Man vs House. Atkinson plays Trevor, a man who lost his job at Asda following a fight with a trolley and his career at his office after coming out on the wrong end of a shredder fight. His wife filed for divorce, and his daughter longs for father-daughter time on a camping vacation to the Isle of Wight—possibly in vain (proving that strangeness runs in the family).

Read: The Early Episodes Of Obi-Wan Kenobi Are Based On The Best Of Classic Star Wars

Trevor is not the best person to take care of a home with voice-activated security systems and a manual so thick that it could have been used as a weapon in a lengthy bee fight instead of a tennis racket.

Julian Rhind-Tutt and Jing Lusi literally phone their heroically grotesque performances as horrifying vacationing homeowners who lounge poolside in monogrammed espadrilles. They call the man they foolishly entrusted to their home to find out if their assets, including an E-type Jaguar, priceless artwork, and Cupcake, the dog, are still intact. Meanwhile, a flamethrower fury attack on their spotless home results in its destruction. Naturally, the Bee is not even slightly burned.

He looks astonished as if his brilliant scheme has fallen apart when he gets bitten while trapped in a dog flap in the middle of a bee pursuit while wearing a magnetic collar for reasons that make no sense. But what did he genuinely anticipate happening?

I would have rated this series five stars if not for two points. The Bee is terrible at being described, to start. What is driving it? Are we to take seriously the implication that this male Bee is only looking for a place to stay and some companionship after being kicked out of his colony? If so, why does Trevor suffer from it?

Check Out: 4 Things You Need To Know About The Monkeypox

The only plausible explanation is that it is incensed at the ongoing absence of portrayal of bees in entertainment. Consider this. The Simpsons’ Bumblebee Man was a human mutant who delayed bee emancipation by decades; Jerry Seinfeld portrayed the bug of the same name in Bee Movie. Especially if you’re a bee, you can’t be what you can’t see.

Second, it never stops using product placement. For instance, the German electronics business, whose name sounds like the French word for honey, supplies all of the absurd house’s cutting-edge gadgets. Although it seems implausible, I’d like to think that’s some endearing bee joke.

Watch It Or Skip It?

Let’s face it, some of the circumstances seem pretty artificial. You know that the “manual” will eventually be destroyed, but who places a book on top of an unlit stove? However, those are the mishaps that Trevor and all of Atkinson’s fumbling characters have because, well, the results are just too amusing to ignore. The romance between Trevor and Maddy and, of course, the times when Atkinson gets extremely physical, such as when the Bee shoots up his pants as a police officer answers the alert, are the program’s highlights. Before it’s all through, Trevor will have to deal with thieves and Cupcake being extremely ill, but we can’t wait to watch how that nasty Bee will make Trevor act in his most destructive manner.

You May Also Like: 8 People vs Nature Comedies To See Before ‘Man Vs Bee’