4 Things You Need To Know About The Monkeypox 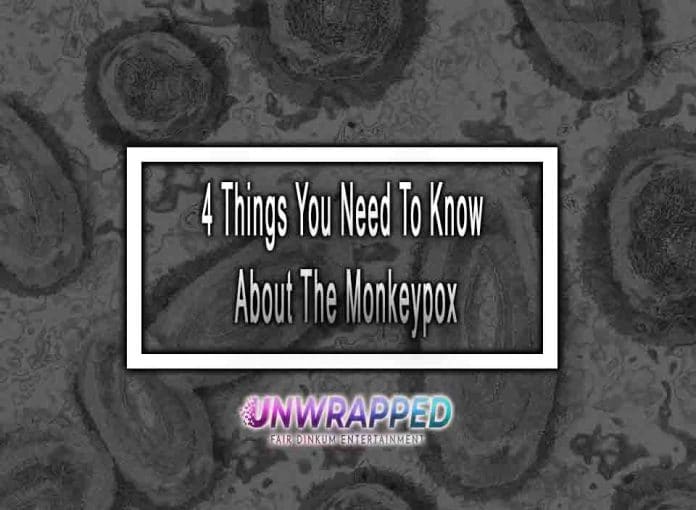 In a colony of monkeys, monkeypox was first identified in 1958. The virus’s first human case in the Congo was discovered in 1970. Since then, most African nations have reported on it. But has recently started to spread across the world.

Also See: Monkeypox shows that if we can’t talk openly about sex and disease, bigots will

An animal-borne illness known as monkeypox is brought on by a virus closely related to the smallpox virus. Humans can catch an infection by eating bush meat or getting bitten or scratched by infected rodents or wild primates. Here are five aspects of this fatal illness that you should be aware of.

All Throughout The Body, It Results In Pustules.

Symptoms often appear five to thirteen days after infection. However, it may take up to 21 days. Fever, headache, muscular aches, backaches, enlarged lymph nodes, chills, and tiredness are some early symptoms. When a fever first appears, a rash usually breaks out first, concentrating on the hands, feet, and face before moving to other body parts. It has the potential to spread to the eye, genitalia, and the interior of the mouth. Large chunks of skin can occasionally come off the body as the rash spreads, creating a scab that eventually slips off. One in ten instances can be deadly, even though symptoms often subside within a month. Children are especially vulnerable.

Through Intimate Touch, It Can Transmit Between Individuals.

Infected wild animals like rats and monkeys found in the rainforests of Central and West Africa often transmit the virus to humans, although human-to-human transmission is also possible. Like Ebola, transmission only occurs when infected objects, such as contaminated bedding or clothing, come into contact with lesions, bodily fluids, respiratory droplets, or both.

PCR Testing Are Required For Diagnosis.

Given that many other illnesses, including chickenpox and measles, can cause rashes, the WHO advises diagnosis when identification is required. They assert that this can only be done using PCR testing since orthopoxviruses can create antigens and antibodies that resemble those of other related viruses. Therefore tests of these cannot identify the virus as monkeypox.

There is an outdated vaccination, even if there is no current treatment.

There is currently no particular therapy for monkeypox; however, antivirals like tecovirimat that are approved to fight orthopoxviruses exist. Years ago, the smallpox vaccine was essential to eradicating smallpox, and this vaccination can be pretty efficient in preventing monkeypox (85%). However, first-generation smallpox vaccinations are no longer offered to the general population. For the protection of smallpox and monkeypox, a more recent vaccination based on vaccinia was licensed in 2019; it is also not yet widely accessible.

Check Out: The Complete Guide To The Rare And Mysterious Monkeypox Spread