Skip to content
You are here:Home / Psychological Experiments – Turkish Coup

Most of you followed the news yesterday to see how the Turkish coup will turn out. Some hoped for it to succeed and wished for the military to take over the country while others prayed for this not to happen, ever.

What all of you had in common yesterday was the political view of the matter which is based on your readings, your experience and which side you are on. I, on the other hand, looked at the situation from a different perspective; the psychological view.

I couldn’t help but wonder why Egyptians, in particular, were very interested in the matter and had very strong feelings and opinions about what was going on. My head was spinning because of the fact that a large number of Egyptians were hoping that the Turkish coup will be very similar to the Egyptian situation. Let me explain this a little bit further!

They know that if the Turkish coup succeeds, thousands of people will die but this fact did not alter their opinions, why? The answer that some of you said was, “A failing student wants everyone to become a failure.” I don’t think this analogy is the answer. We actually have to delve deeply into our minds to figure out a rational explanation for this phenomenon.

The answer that I believe has a better chance of explaining this phenomenon is called Commitment/Consistency relationship.

Here is a simple definition of this concept: Once we make a choice or take a stand, we will encounter personal and interpersonal pressures to behave consistently with that commitment. People are driven to be consistent in all areas of life — in their words, deeds, attitudes, opinions, beliefs, values, habits, and promises. Once a person makes a decision or performs an action, he or she strives to make all future behaviour match this past behaviour. They simply do that to avoid what psychologist; Leon Festinger calls “Cognitive Dissonance”.

Looking at the previous definition of commitment/consistency, it becomes easier to understand why Egyptians behaved that way yesterday. Once they made up their mind about what happened in Egypt and considered it as a revolution and not simply a military coup, there was no turning back. They did and will defend that opinion with their lives because the other alternative is to consider the possibility that they were wrong. This alone will lead to a cognitive dissonance state that they cannot bear.

Cognitive Dissonance is a state of tension that occurs whenever a person holds two cognitions (ideas, attitudes, beliefs, opinions) that are psychologically INCONSISTENT.[1]

This is how the Egyptian mind works nowadays; what happened in Egypt is good because we chose it; therefore, it should be spread all over the world. The Muslim Brotherhood is all evil because we said so; therefore, they should be eliminated from the surface of the earth.

To understand why consistency is so powerful a motive, we should recognize that, in most circumstances, consistency is valued and adaptive. Inconsistency is commonly thought to be an undesirable personality trait. The person whose beliefs, words, and deeds don’t match is seen as confused, two-faced, and even mentally ill. On the other side, a high degree of consistency is normally associated with personal and intellectual strength. It is the heart of logic, rationality, stability, and honesty.[2]

Certainly, then, good personal consistency is highly valued in our culture—and well it should be. Most of the time, we will be better off if our approach to things is well laced with consistency. Without it, our lives would be difficult, erratic, and disjointed.[3]

People will hide inside the walls of consistency to protect themselves from the troublesome consequences of thought. There are certain disturbing things we simply would rather not realize and here where the consistency comes in play; it offers us a safe hiding place from those troubling realizations.

Turkish Coup: COMMITMENT IS THE KEY

If you can get someone to make a commitment, you will have set the stage for their automatic and ill-considered consistency with that earlier commitment.

Al-SiSi, for instance, used progressively escalating commitments to induce individuals to perform major favors. Regardless of his motives, the technique was performed successfully.

Research has shown that such trivial first commitments can begin a “momentum of compliance” that induces such later behaviors as organ or bone marrow donations.[4]

“The general idea is to pave the way for full-line distribution by starting with a small order… Look at it this way—when the Turkish people decided to defend their democracy, regardless of their feelings about Erdogan, they became more loyal to Erdogan without them realizing it.

We accept inner responsibility for a behavior when we think we have chosen to perform it in the absence of strong outside pressure. This is extremely important to those regimes that come to power using brutal force.

Outside pressure may motivate immediate compliance, but it is unlikely to produce long-term commitment. A strong threat or a large reward is considered an external pressure that once the effect of it is gone, we won’t feel committed to the proposed action anymore.

This simply means that if people comply with your request because you are holding a gun, you better keep it pointed at their chests because sooner or later their compliance will fade away and you will have to face them over and over again.

Turkish Coup – Like most other forms of automatic responding, consistency offers us a shortcut through the complexities of modern life. Once we have made up our minds about something, we don’t have to think hard about it anymore. This saves us a tremendous amount of time and effort. Using consistency saves us the mental energy that would have been spent on weighing the pros and cons of every single situation or decision. It makes the complexity of our daily lives seem simpler.

Compliance professionals love commitments that produce an inner change for two reasons; first, that change is not just specific to the situation where it first occurred and second, the effects of the change are lasting. Therefore, there is no need to undertake a costly and continuing effort to reinforce the change.

I envy the Egyptian government for producing this kind of commitment, to some degree, which has helped them a lot in defending their policy so far. They set the stage by asking for small favors and let the psychological tricks do their jobs for them (i.e. commitment, consistency, and self-justification).

Finally, this was not a political analysis of the Turkish coup. It was rather a psychological attempt to understand how we think and react to different stimuli.

“There is no expedient to which a man will not resort to avoid the real labor of thinking.”[5]

DO NOT BE THAT MAN.

[1] Mistakes Were Made; but not by me, Carol Travis and Elliot Aronson

[5] A quote by Sir Joshua Reynolds 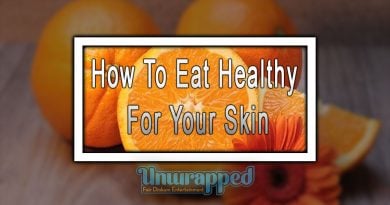 How To Eat Healthy For Your Skin 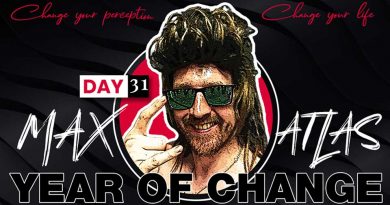 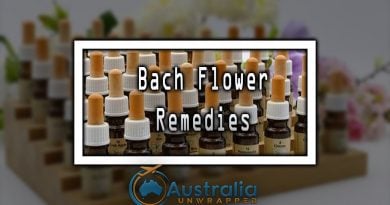