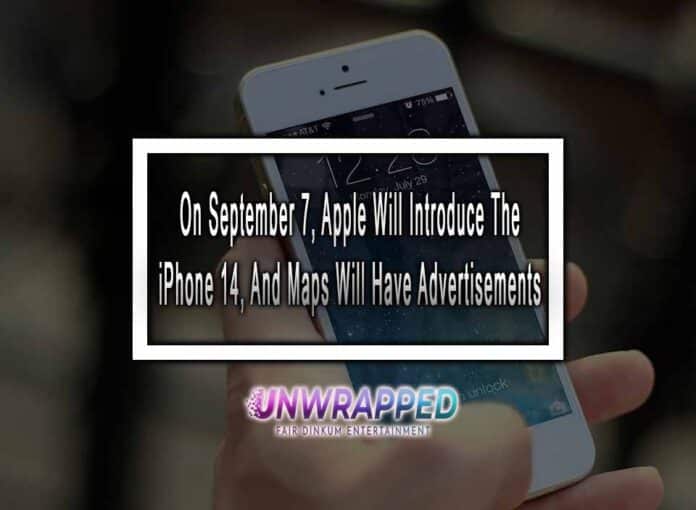 Despite supply chain issues and rising chip prices, Apple intends to introduce the new iPhone 14 family earlier this year, according to a generally trustworthy source. This shows that Apple has acquired sufficient hardware for its iPhones.

According to the source, Apple will introduce the next generation on September 7 and begin selling it on September 16. The Cupertino-based corporation would benefit from an additional week of sales, which is anticipated to improve Q4 financial performance. Since 2016, this reveal has been the earliest.

Read: Why The Next iPhone Isn’t The Most Intriguing Device For 2022 Because Of iPhone 14 Tiredness.

Apple’s haste is probably related to an event in October. There should be enough time between the two events because some analysts predict that the company will unveil new iPods and Macs.

Apple’s intentions to add advertisements to its Maps app are another intriguing development. Banner advertising will take the place of the sponsored search results, and a new tab named “You Might Also Like” will be added to the App Store. The firm now earns around $4 billion from advertising annually, and it hopes to increase that to close to $10 billion.

Stay Connected
52,660FansLike
5,671FollowersFollow
830FollowersFollow
Previous articleWhy The Next iPhone Isn’t The Most Intriguing Device For 2022 Because Of iPhone 14 Tiredness
Next articleNumerous iPhone 14 Secrets, Including Color Possibilities And Reverse Wireless Charging, Have Been Revealed Through A Series Of Leaks