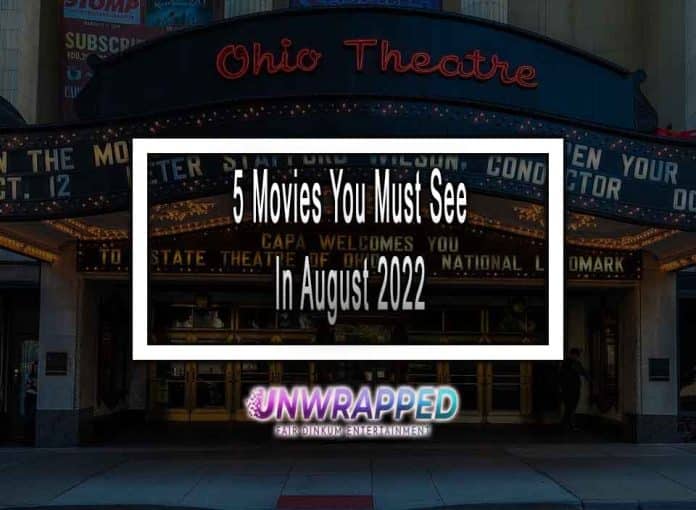 Nearly two-thirds of 2022 has already passed. And even though summer is in full swing, the primary streaming services in the world have a ton of new movies and TV episodes available for us to enjoy throughout the next four weeks.

Me Time appears to be another one of Netflix’s mediocre comedies that manage to tickle the funny bone of its large worldwide subscription base. Even so, it’s got some significant star power backing it. Sonny, a stay-at-home father, played by Kevin Hart, unexpectedly receives a week of “me time” when his hardworking wife sends their children on vacation. For Huck’s 40th birthday, Sonny decides to get back in touch with him. This leads to a crazy weekend that will stay in Sonny’s mind and make him realize how monotonous his life has become.

Me Time appears to be just another forgettable Netflix original comedy film, much like Senior Year and The Kissing Booth. It should do well among mainstream audiences when published because it stars A-list performers Hart and Wahlberg.

Prime Video is participating in this month’s superhero craze to avoid being supplanted by Disney Plus and Paramount Plus.

In the movie Samaritan, Sylvester Stallone plays Mr Smith, a recluse garbage collector who lives in Granite City. However, Sam Cleary (Euphoria and The Umbrella Academy’s Javon Walton) realizes that Smith is Samaritan, Granite City’s erstwhile guardian, after Smith intervenes to save him from an attack. Samaritan was believed to have died in a conflict with his fierce enemy Nemesis 25 years prior. Still, it is now apparent that he staged his own demise to maintain his secrecy.

Granite City has seen a rise in crime after Samaritan left. Sam must persuade Samaritan to reawaken his sense of duty and take up the city’s defence as it teeters on the verge of anarchy. Samaritan doesn’t appear to alter the superhero genre. Still, with its unique combination of Batman/Superman-style themes and powers and a Rocky Balboa-inspired design, we believe it may be a surprise smash for Amazon Studios.

Check Out: Every Movie Coming Out in 2022

Owen Wilson plays an entirely different character in another superhero project on Paramount Plus, following his recent appearance as Agent Mobius in the Marvel TV series Loki. Charlie Kincaid, played by Walker Scobell, is a little kid who believes his father, played by Wilson, conducts a second life. Charlie unintentionally stumbles onto his father’s hidden lair while hanging out with his pals after school, which reveals that Charlie’s father is truly the most powerful superhero on the whole planet. Unsurprisingly, a group of bad guys assault the complex. In his alleged absence, Charlie and his friends must defend his father’s superhero equipment and save the world.

In recent years, there haven’t been many good vampire movies, but Day Shift, a new Netflix film, appears to be the one to end the drought. In the movie Day Shift, Jamie Foxx plays Bud Jablonski, a blue-collar father who only wants to be able to support his daughter. Bud works as a pool cleaner during the day, but his family is unaware of this since he hunts and kills vampires.

A live-action Netflix version of Neil Gaiman’s enduring graphic novel, The Sandman, is finally coming 32 years after it revolutionized the comic book industry. It relates to the narrative of Dream (Tom Sturridge), one of the seven Endless and the King of the Dreaming. In this place, humanity’s dreams and horrors are under control. But when Dream is unintentionally kidnapped during a simple occult ceremony, he is sentenced to a century in jail. He loses the three objects that give him his power.

The Dream eventually manages to escape prison, but when he does, he discovers that his dominion has crumbled during his absence and become uninhabited. The plan sets out to retrieve his vestments, exact vengeance on those who harmed him, and perhaps learn to become a little more human and modest along his quest to bring order back to his realm.

The all-star cast of The Sandman includes Gwendoline Christie from Game of Thrones, Jenna Coleman from Doctor Who, David Thewlis from Harry Potter, Boyd Holbrook from Logan, and Kirby Howell-Baptiste from Killing Eve, among many more. When it debuts, don’t be shocked if it ends up on our list of the most excellent Netflix original series. Return to TechRadar soon for our spoiler-free review and an exclusive interview with Gaiman, showrunner Allan Heinberg, and the cast.