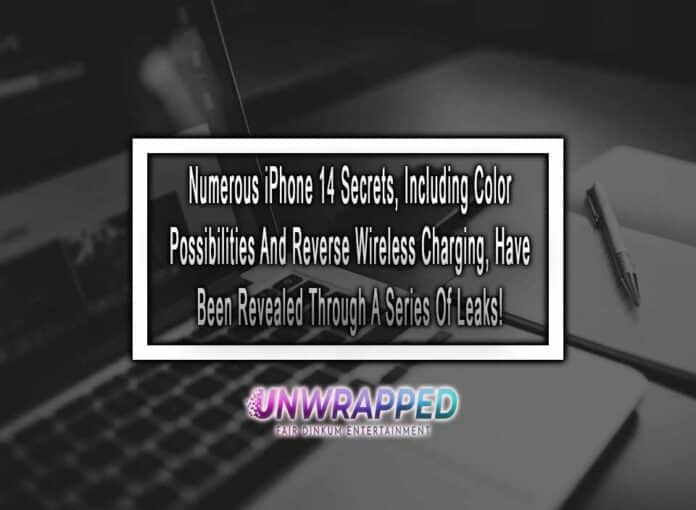 Performance of the iPhone 14 Pro A16 Bionic

The A16 Bionic processor that will power the 6.1-inch iPhone 14 Pro and 6.7-inch iPhone 14 Pro Max is based on the 5nm technology, which he confirms, so we shouldn’t anticipate any performance improvements. For the third consecutive year, Apple will use 5nm technology for its circuits. Meanwhile, the most excellent Android phones of 2022 are powered by the more contemporary 4nm CPUs.

However, as stated in a previous study, we may still anticipate some performance improvements, which the improved 5nm process would bring about—expressly, N4P—and a higher transistor density.

It appears that the phones will also have an improved heat management mechanism.

Always-on display for the iPhone 14 Pro

The iPhone 14 Pro and Pro Max would have an always-on display, as has been predicted by code snippets in the past. Because the phones will have a more sophisticated LTPO display that can reduce the refresh rate to 1Hz, it should be more straightforward for Apple to include the functionality this year.

Apple is preparing wallpapers that will operate in tandem with the always-on mode, according to indications in the most recent iOS 16, which is available now. The native wallpapers reportedly include a state called Sleep now with fading components. This seems to suggest that wallpapers will only be seen in the always-on mode in a muted form.

Yesterday, developer @rhogelleim and MacRumors contributor Steve Moser revealed that the Lock Screen interface in the Xcode 14 beta removes information from a widget as the screen awakens, which appears to imply that private information will be hidden from the Lock Screen when the always-on mode is enabled, and colours widgets will turn semi-transparent. Still discernible will be the clock.

Wood has refuted reports that the iPhone 14 Pro would be built of titanium alloy and that stainless steel would be used instead.

Check Out: On September 7, Apple Will Introduce The iPhone 14, And Maps Will Have Advertisements

Also described as “strange” by Wood is the new pill-shaped and hole cutout arrangement that will take the place of the notch. Additionally, he asserts that the phone will have stronger MagSafe magnets, which should improve how accessories are attached. The wireless charging coil on the phone will be able to do reverse wireless charging; however, the capability might not be available at first.

Additionally, he claims that the iPhone 14 Pro would enable maximum charging rates of 30W, but that after the initial stage of the charging cycle, it will reduce to 27–25W.

According to reports, the Pros will be offered in Green, Purple, Blue, Black, White, and Red. In contrast, the 6.1-inch iPhone 14 and 6.7-inch iPhone 14 Max will reportedly be offered in the hues Green, Purple, Blue, Silver, Gold, and Graphite. The Pro’s Sierra Blue colour will be discontinued in favour of a Purple tint. In contrast, the Pink of the iPhone 14 will be replaced with a Purple colourway.

Also, See: Why The Next iPhone Isn’t The Most Intriguing Device For 2022 Because Of iPhone 14 Tiredness

Previous reports indicated that the Pros would also receive a new camera. They could include a new RAM standard as well.

Stay Connected
52,644FansLike
5,673FollowersFollow
828FollowersFollow
Previous articleOn September 7, Apple Will Introduce The iPhone 14, And Maps Will Have Advertisements
Next articleiPhone 14 Specifications: What To Anticipate For All Four New Models