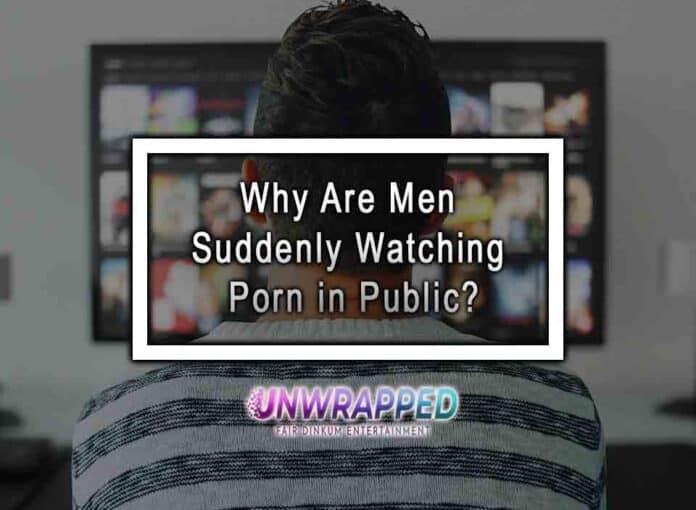 Anyway, Bronwen Reed, who told her story to BBC, sat in the library, expecting to study like all the other students. To her surprise, she was greeted by the sight of a man watching porn on a library computer. “I was surprised and shocked. I did not know what to do about it,” she tells the BBC. The 21-year-old from Manchester, England, thought it was an “isolated incident”, like a one-time thing, a one-time creep, so to speak. But a few weeks later, she experienced the same thing in the same library with the same man. Guess those studies are going to have to wait. Let’s just hope she doesn’t fail her exams because of that creep.

Must See: Should Prostitutes Be Legal Worldwide?

Self-awareness and the Mainstream

For Callum Singleton, it happened during a bus journey home in Glasgow when he saw “a passenger scrolling through pornography”. The 19-year-old’s initial reaction was “disgust and confusion” because he didn’t understand why anyone would do that in public. “It seems to have become a prevalent thing… it’s just part of their everyday life. And obviously it shouldn’t be,” Callum says. Dr Hall believes that people who view porn in public may “lack self-awareness.” “One minute they’re scrolling through eBay or Facebook, the next they’re following a link and end up on pornography. People watch pornography in public because of a shameful lack of self-awareness,” says Dr Hall. She adds that people may also be affected by the “normalization” of porn in mainstream culture. “Pornography is widespread today, unlike in earlier times. So the lines between what does and does not fall into that category have become blurred. When some people look at pornography, they might think that everyone around them is doing it too. It’s become more normalized.” Dr Hall says that for a small percentage of men, viewing pornography in public is actually “a power issue”. “There’s something misogynistic about the “I have a right to watch that,” she says. She adds that they may think it’s not their problem if “it makes someone else uncomfortable.”

If people are being exposed to pornography from an early age, this could also have some sort of effect, says Dr Hall. “With virtually all kinds of behaviour, the age at which we start doing something is highly significant in terms of how automatic it becomes for us. And it’s much harder to unlearn it if you don’t even recognize it as a habit. If people are used to watching pornography from an early age, that action will be almost automatic. Earlier mentioned student, Bronwen, calls it “very disturbing because public spaces should be for everyone.”

“The most important thing is that everyone should feel comfortable and safe on public transport and in public places, and that doesn’t happen all the time. It can also act as a trigger for some people, and it can make them very uncomfortable.” Dr Hall adds: “Lack of self-awareness is a crucial contributing factor to this as well as perhaps not realizing how offended or even psychologically damaged other people can be by witnessing that act. They may even forget altogether that for other people, something can be hurtful.”

Why Do Some People Have A Foot Fetish

Kinkiest Sex Toys You Have To Try